On Friday, Sept. 8th I was not surprised to see another dull day. It seems we get two in a row. Really hard to plan things this summer with the weather so unpredictable. I was awake before 6 but managed to curl up with Clemson and go back to sleep until 10 to 7 when I got up. Before notifying Bill that we were up, I stripped our bed and pulled out the sofa bed to remove those sheets.

I made my tea and texted my sweetie. He called immediately and we had a nice chat. We’re both hoping that he will be home close to or soon after the supper hour but you never know! It is only 10C now at 9 pm and the clouds are controlling the sky. When I had caught up on blog posts and finished my tea, I began loading the car.


I like that we are so close to Durham. Everything at our fingertips. It is funny that when we drove through town during the Fall Fair weekend, we found no difference in the traffic downtown. All events were held at the Community Centre away from the hustle and bustle and it was a success for the locals. I drove straight to the laundromat and found the only parking space left was the closest one to the door. So, I pulled in and unloaded.
I must have caught the tail end of the customers since there were only 3 ladies inside and 2 had come together. I used one of the bigger Double Load machines and put 4 sheets in that one and then 2 sheets and the pillow cases in the regular size machine. My intent was to dry them in the dryers as well.
While waiting for the wash cycles I took 4 of our finished novels across the road to a free book drop/exchange. I had brought along all of our completed James Patterson, Michael Connelly and David Baldacci books but won’t exchange them here. When I go to Hanover I’ll go to the flea market with those and get a credit towards new books.
At the Durham Exchange, the little 15” square wooden box was inviting and filled with many good choices. I liked that! So, I left 3, J.A. Jance, Tami Hoag, Dan Brown and Clive Cussler books in the little ‘library’. I walked away with 4 James Patterson novels that we haven’t read yet. Yay! 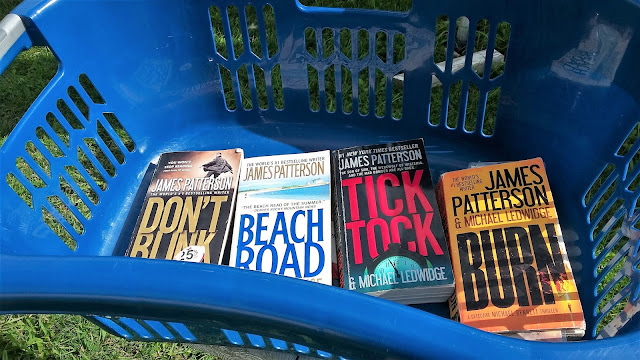 With the wash done, the sky appeared to be clearing and sure enough when I looked back out towards The Ridge direction, the sky was blue. Hmmm.

Decision made. I loaded the damp sheets in the basket and left the laundromat. I found a parking spot on Main/Garafraxa St. on the south side of the street and took my script from the doctor in to the IDA Rexall Drug Store. The pharmacist I dealt with was very pleasant and offered up some suggestions for me for the shingles cream I buy. 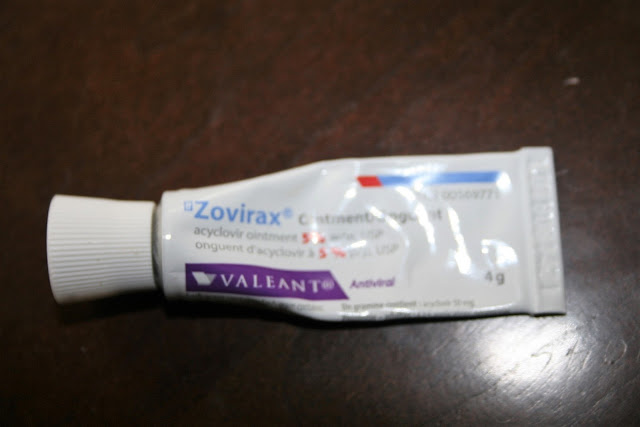 Without health coverage anymore, the cream I get is an exorbitant price. With her information, I decided no way did I need the cream that badly! I will try some of the over the counter itch creams that I’d previously found online. If you can imagine, this small 4 gr. tube is $97. Maybe when I’m 65 I’ll start getting it again but in the mean time I can deal with the 2-day pain/itch. You can also now understand how much the 30 gram tube is.

From there I walked across the street to Chickory Common Natural Café to check out another local Book Box/Exchange. It was at the back of the store and not impressive at all. It was probably 3’ x 3’ square with 3 shelves inside but no books appealed to me. I left the last J.A. Jance book I had taken just in case I found one but walked away empty handed.
I drove home watching the sky wondering if I’d made a mistake by not drying my sheets but was not convinced yet. I hung the sheets on the line with my still damp Arizona blanket and the sun came out a few times while in the process. Now, I’m no longer concerned, they will blow in the light breeze and be dry in no time. I think the rain is done for the day.


Bill called while I was in town and informed me of the time change of his orientation today. Darn! It was to be a morning appointment but things jiggled and it was now an afternoon one. This meant it would be a later home arrival than we’d hoped. He clocked out of CanAm at 10 or so and went to get the groceries we wanted at Costco. They would remain in the cooler for the afternoon and be fine.

I poured myself another tea and made up a couple of Skinny Muffins. I ate one with lots of butter on it for my brunch. They are good, easy and I keep forgetting about them! The other one I popped into a baggie for tomorrow morning. A quick brush of my teeth again and I headed out the door to to go to the Hanover hospital and flea market. In that order. It is now 12:30.
I decided that I wouldn’t park the truck in the pay lot at the hospital, not to just run in and drop off a sample so parked down the street at the Food Basics lot. It was a short walk up the hill and I found Life Labs easily. Everyone is so pleasant today! Bonus!

I then drove to The Bread Depot to pick up some buns for sandwiches tomorrow with our company and walked from there to the Flea Market/Sally Ann. I put 7 books in a shopping bag and the lady gave me $6 towards more books. She has to resell them so was particular with 3 and refused them. No problem. I found 4 more by our favourite authors.


While in the area I texted Donna just to let her know where I was as sometimes we meet there for a walk through. Both her and Gerry were on their way to Salvation Army to find a cane for Gerry. He is doing quite well, considering, and wants to be able to have an alternate choice instead of always using the crutches. Pretty soon, he won’t need either. We chatted for a bit, I gave them the 3 books to read and we said our goodbyes. Donna told me that parking for 30 min. or less at the hospital is free so I’ll know for next time.
When I left them I stopped at Mark’s. I said I would! Not closing just renovating so yay! However, I had to poke around when everything inside screams “Clearance!” Yes, I found a few things for an awesome price and that means a few more things go in the ‘exchange’ bag. Finally, leaving there I headed home.

I had hoped to pick up some sweet corn on my way home but the little roadside market didn’t have their sign out. Figures, I can get some in the morning at Foodland, it is local and fresh. At home the sun was doing its hide and seek performance but looking at my sheets, they were dry, dry, dry!

I let Clemson out for a bit but he was happy to do his business and get back inside. That 11C was cold for a little skinny fellow. I let him in and gathered my sheets from the line. They smell so nice. I made our bed with the new Egyptian sheets we got at Keady in Aug. and folded the remaining sheets. Some will go out to the bunky and some kept in The Suite for both beds. 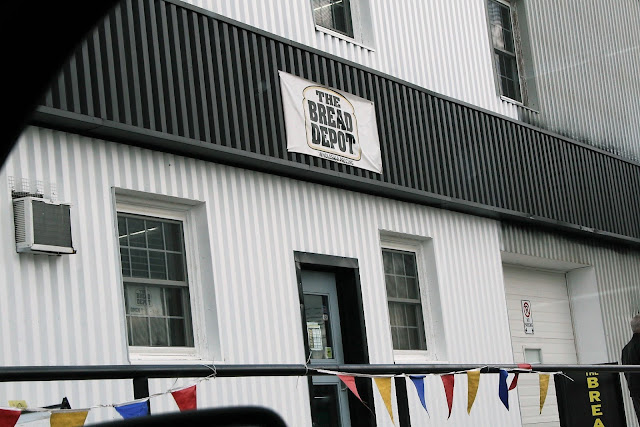 Bill called and said that his boss, Phil, had swapped out clients for orientation so Bill got the earlier one. Hey! Thank you, Phil! What a guy! I appreciate you sending my hubby home earlier when you can. With a quick stop in to see his Dad, we decided he would be home to eat with me around 7. I never know what to plan for just me so hadn’t anything in my mind. When Bill called he suggested beans and I had thought mini sausages. That decision was easy.

Clemson was doing a lot of shivering so I turned the Blue Flame heater on around 6:30 and put his flannel sweater on. I don’t want him cold and these temperatures are just not natural for September. After watching the weather forecast on the London news I am happy for the weekend and upcoming week. A couple of cold nights, around 4 & 5C but daytime highs in the low to mid 20’s. That’s better!
I started to cook the sausages on low so when Bill gets in we can eat before wasting too much time. I remembered a pack of Pillsbury crescent rolls in the fridge that are probably close to their expiry date so got them out and shaped them. The beans were simmering and I saw our Corolla coming down North Line. It was exactly 1 hour and 15 minutes since he left Dad’s in Stratford.

Clemson was thrilled to see his Dad and greeted him at the door. Bill unloaded his bag and groceries before sitting down to eat. After dishes, I felt the running around today catching up with me so I can only imagine how Bill feels after his day. It has been a good day with things accomplished and my hubby made it home safely.
I hope you have had a good day too. Thank you for reading today. I love to get your comments.
Posted by Patsy Irene (Chillin' with Patsy) at 6:34 PM