One Way to Skin a Cat (I mean blog), Apple Picking

It wasn’t a great night’s sleep for either of us. Waking up every two hours (on the dot almost for me) isn’t fun and I wonder if it was because we didn’t have enough blankets on. Hard to get used to the temperature changes and the night did get cool, down to 45F/7C. We got up around 7 on Friday, Aug. 23rd and had our morning drinks together.

It was around 8:30 when I put a hoody and wind breaker on under my vest and went for my walk. I was excited to try my new camera, of which I still have to nickname. She’s so pretty in purple! I’ll come up with one. She has a marvelous zoom of which I am thrilled. Maybe one day I will capture some nice pictures of the deer off in the field. 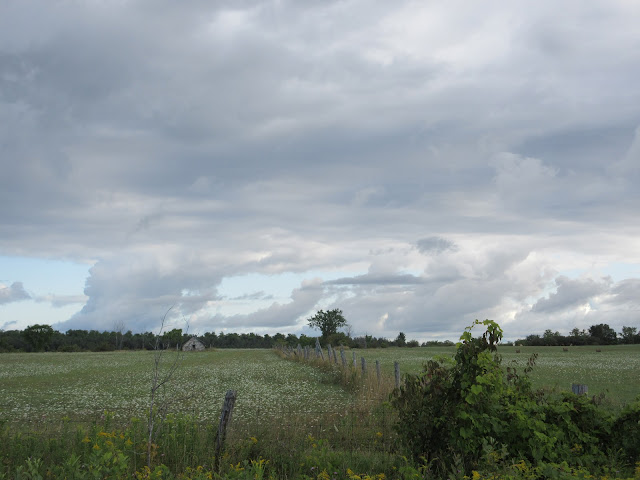 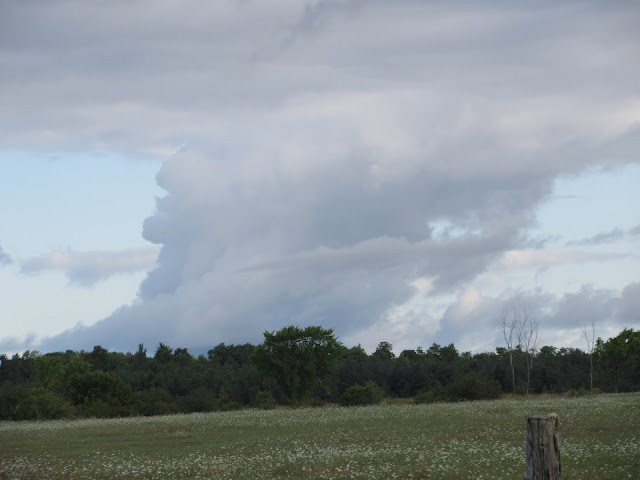 Today, on the reroute back, I saw something out there. Woohoo! Standing still and focusing was the hardest part. Turns out, those 5 things running around in circles were turkey buzzards, not deer. Hmm. I hope the video plays for you.

Still interesting as Tom seemed to be deciding on a mate. He just looked like a big bully to me but I’m not up on my buzzard mating knowledge these days.


Reaching our corner, I noticed (as I have often) the apple tree laden with fruit. I’ve always thought they were crabapples and they have always been bug or bird eaten. This time I stopped to pick one. It looked bigger than a crabapple so I cleaned it off and took a bite. What a delicious apple! Nice and juicy and not tart at all. Hmmm, there goes the brain again.

Two years ago, (or was it three?) I made apple sauce from the neighbouring trees. It’s long gone so it must be time to try again. Encouraged with my jelly making yesterday in the colander, I decided to go and pick some of the redder crabapples from our tree behind the Suite. One half of the tree was quite plentiful while the back side is not producing any. Weird, they both get sun. I picked a small bag for starters.

Another day,  I’ll go pick some of the ones at the corner. I might need a ladder so need to plan that adventure without waiting too long. Bill went about his chores and one was to dump our black tank so it was the first job. I made him bacon and eggs around 10. Then as I was heading to the town library again, he hopped on the rider and cut some of the longer grass/weeds here in our living area beyond the patio.

At the library, I spent 2 ½ hours posting my blogs of the past two days and registering my new camera with Canon.com. I checked emails, Facebook and a couple of other things of interest before packing up and heading home. There was a Contents/Estate sale in town so I swung around to see what was on offer. A whole house full of things, in every room making it obvious that the elder gentleman’s wife had passed. He greeted and his daughter helped collect the cash.

I spent $1.25 and left. Lots and lots of kitchen and bedroom stuff but nothing that I needed. So many large sealer jars, lightbulbs, small tools, dishes, pots and baking needs. I wish him luck. The house wasn’t sold either so hoping that isn’t too long a process for him. He didn’t look like he could get around on his own so perhaps it is a move-in with his daughter scenario anyway.

Back home, I made myself a tea and we each helped to clean up the last of the zucchini bread with cheese. Snooze time for Bill and maybe me too. The sky is a mixture of blue and white fluffies and a temperature rising to 67F/20C. A lovely day. If you are outside in the shade or just experiencing cloud cover, you’ll feel cool as there is a fair bit of breeze up here on the Ridge. 17 mph was the highest recorded today on our anemometer.

It was time to start making apple sauce with the apples I picked earlier. First by cutting them in half and cooking them. Pits, stems, cores and skins, on medium heat, I had to be careful not to burn the bottom. Eventually, I turned it to low and let them simmer while I added Splenda, cinnamon, nutmeg and cloves. It took a while for them to break down and cool down so at 5:30 I began making supper. I needed to plug us back into our electric power for Madame IP.

I was doing pork loin chops. Our least favourite chop of all. These are boneless and just look very dense, even before we start cooking. This was the last pack that we’d got from West Grey Butchers. You’d think they would be nicer coming from a butcher. Anyway, after their sauté, I cooked them with a mushroom soup base and mixed up a box of Stovetop dressing in the inner pot on top. I was careful not to overcook and set the timer for 6 minutes with a manual release.

Then I made gravy out of the mushroom liquid while broccoli and corn steamed on the stove and in the convection oven. We enjoyed a different type of meal and I actually ate my whole chop. It wasn’t great, Bill even said so, but we’re happy they’re all gone and supper was still pretty good. We did the dishes up and when Bill went back down to the Hangar, I began pressing the apples through my colander. What a slow process! I think that I should have added more water. I got about 1 cup pressed through and then because of the late hour, covered things up to wait until tomorrow.

The evening was spent watching tv, Live PD and bits and pieces of this and that. Bill was in the Hangar into the wee hours so around 10 pm I texted him that I was going to bed. Good thing he doesn’t have a pillow or I wouldn’t see him! Ha ha. I’m happy that he has his hobby to occupy his mind otherwise he’d be beside me probably dozing in his chair like I was. This was a great day and we are ready for company.

Posted by Patsy Irene (Chillin' with Patsy) at 8:50 AM