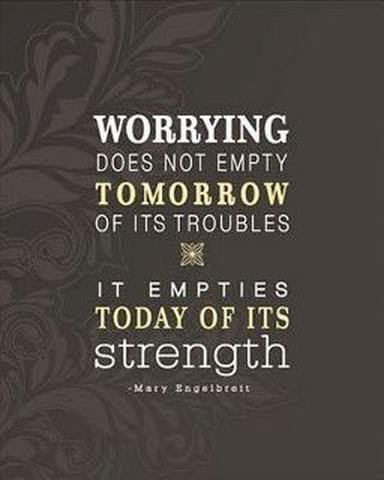 Live for today, that has been a silent motto for me for many years. I love to get excited about upcoming events, plans, parties and so forth, but at the base of it all I do believe that we need to stop worrying about what disappointments we’ve encountered and what may be fretful in the future.

Today is what it’s all about. No one knows what tomorrow has for us, or even if there will be one.

Not until the fall of 2013 did I start to wish for the future to hurry up. I know that isn’t a good thing, there is TODAY to live for, going back to my mantra and I really don’t want to waste a minute of what is happening right now. BUT, yes, there is a ‘but’.

In October 2013 Bill, my not as positive hubby, and I put our heads together over this “go south for the winter” thing
and decided that the only way we could afford to do it for any length of time (preferably 6 mths) was to sell our mortgaged home. It wasn’t an easy decision at first. We played with the options in a step by step fashion.
After a summer of camping pretty much every weekend in 2013, tripping around Ontario and Michigan and coming home on a Monday (we took long weekends where we could) for 9 hour work days Tuesday to Thursday, I realized something. I realized just how much I DID NOT want to look after our yard work let alone odd jobs inside the home during the week. I was too tired at the end of the day.


Staying home on a beautiful camping weekend, was not an option! Summer in southern Ontario only lasts so long and we didn’t want to miss a minute of it doing anything other than what we love. Bill is the financial guru in our home and sets a very strict budget at crunch time. No matter what curves I'd throw out there, I knew if he thought we could do this, we could do this.

Working for the school board, we are both expecting a decent pension at the end of our work life but until you sit down and look at actual numbers, it’s quite scary. We sat down and looked at our future income, our remaining debt load and had to make some adjustments to our options.
The money just wasn’t going to be there for us to spend the whole winter south. Being Canadians, we wouldn’t have the option of working while we travelled in the U.S. so we had to be sure we could make it on what we already had or would be getting. We kept saying, "as long as we can afford to get away for 3 mths, we’ll be happy" then "as long as we can get away for the 2 worst winter mths, we’ll be happy" , then with sadness "maybe we’ll just fly south for a month". Hmmmm, not quite the winter away.

Who were we kidding? Certainly not ourselves! What was the point of having a beautiful 5th wheel sitting in the driveway if we were not able to put our dream into practice?

Let’s go over those options again. (changes are underlined)

We repeated the latest points over and over, discussed how we felt about it and quite frankly, there was nothing, nothing, nothing holding us to our home. Just by changing point f) we made it all possible.
This southern retirement dream! A new mantra below? Why not?

After making this glorious decision, and feeling wonderful about it, we started researching. By now, we are whispering to ourselves, "Arizona, here we come!"

This is when we found many many bloggers who are doing this exact same thing and have been doing it for years!Years!
We felt giddy just knowing we weren’t crazy, just knowing it was possible, just knowing this was going to be our life.

Now comes the hard part. Waiting, silently waiting. And then making it happen.

I will have been at my present job for 32 years in February 2015. Over these years I have undergone 4 supervisor changes, one huge amalgamation in 1999 with 3 other school boards, watched and stood my ground as they sifted through approximately 35-40 employees in this very department, cut back from 19 staff plus a supervisor to 5 staff including our supervisor. I'm still here. I have dug my heels in hard and did my best to roll with the punches.

I watched my husband, Bill, whom I met here in 1990, be downsized and watched him stoically post out to a custodial position in 2005 only to return in January 2014 as our shipper/receiver. This was the absolute BEST transformation I witnessed……..the returning part, not his leaving. That was tough and very hard on both of us.

My position has changed from being a stores clerk to a stores man to a ………..well, actually they don’t know what to call me now. My job is unique in that not one other person in our whole board can match. 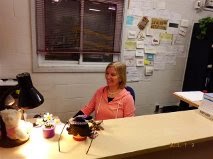 I do the jobs of receptionist, clerical, purchaser, receiver, distributor, mailman, general warehousing and clerk yet still have no real title. My pay has increased from $5.35 on my hire date in 1983 to an impressive
$ number $ (after a couple of requests for evaluation) of which I am content and pleased.

I can’t wait to feel and say what most of my siblings have experienced and quoted…….."I’m so busy, I don’t know how I had to time to do everything when I was working!"
On March 31st, 2016 I will be setting foot in this building/department for the last time as a permanent full-time employee and boy will it feel good!
I don’t plan on being ‘so’ busy, though, just enough. The only carved commitment I hope to have is to Bill, Clemson, our cockapoo, and to me. Everything else should fall into place under the category of ‘when and if’.

I plan to take part in the sale of our home and belongings until Bill finishes his working career in July. Naturally we hope that the housing market is exceptional when we need it and it doesn’t take long to sell.  If it does, and we’re still here in October with a house to sell, we’ll deal with it. I’m not worried in the least, there will be no alarm clocks set no matter where we are! As a matter of fact, I can add that to our list of sale items!

This is a longer post than I intended but I’ve had fun writing it. In writing it, I'm living the dream again. I hope you stop in and also enjoy reading it.

Now that we have reached January 2015, I am happy to say

"I am RETIRING NEXT YEAR! " 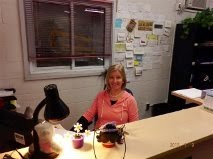 Posted by Patsy Irene (Chillin' with Patsy) at 4:16 PM