On Thursday, Aug. 17th when I woke up, it was only 5 am and still very dark out. Happy that it wasn’t time to get up yet I rolled over and tried to go back to sleep. I’m sure I dropped off a couple of times but for the most part remained in a semi-wake state until 6:30 when I got up.
I made my tea and checked the batteries as I haven’t been plugged into electric since 8 yesterday morning. 12.4, that is pretty good. I didn’t have the tv on at all last night. Bill has learned from the solar techs at CanAm that we don’t need to worry about them as much as we have been. We have a good system and the inverter will shut off when it gets too low without damage to our batteries. Everyone seems to have a different opinion on what that magic number should be. 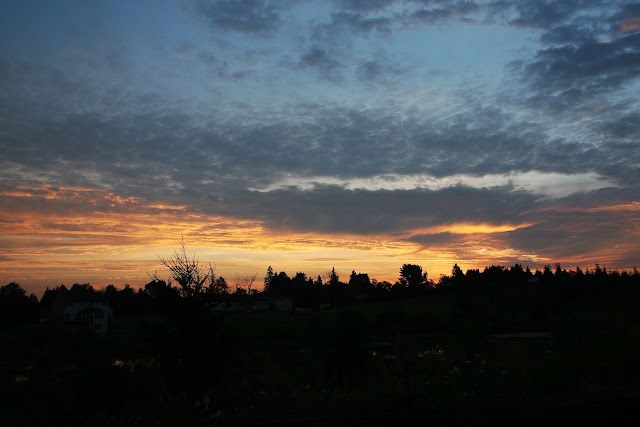 Checking the weather site for this area, it isn’t calling for sun today. The winds are up but it is still registering 17C already at 8 so a warm day. I wanted to do a couple of things outside for Bill so got dressed and headed out to do that. They are calling for chance of rain later and I want to complete something out there first.

With my long pants, hoodie, hat, runners and gloves I took my wagon down to the back field that Bill cuts. He has asked if I could trim some of those lower branches on a couple of the trees for him. When he is on the mower they hang just low enough that he can’t get under them. I think they look neater anyway with the stragglers trimmed up.

First, I brought down the 6 bricks that I found up on the hill early this spring. They were not serving any purpose, just tossed helter-skelter so I got them down beside the Suite. They will be used to mark where our landing gear sits for when we pull out on Sunday afternoon. We like to get back in the same spot……..although we are talking about shifting position a bit. We’ll see.


The grass and ground is still pretty wet near the pond end of the field so my running shoes, socks and pant legs were soaked when I finished my jobs. I’m feeling the need for another tea so before I decide whether to start my project down by the fence, I made myself another tea and poured a small glass of Kombucha. 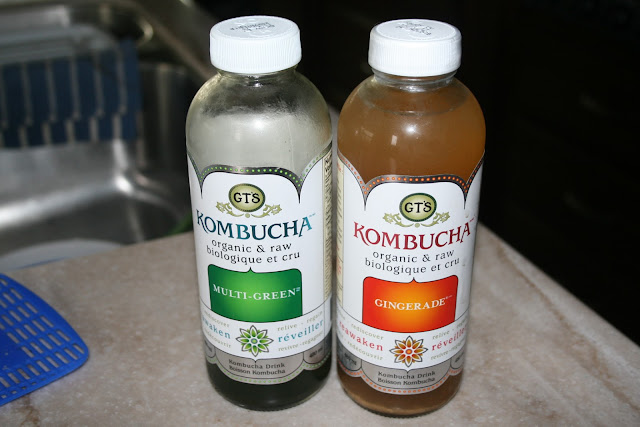 Yeah, I know, something else I’m trying that I learned about at our LadyFest. It is an organic raw substance to maintain &/or improve digestion as well as support immune systems and I enjoy the taste. Bill calls it ‘gobbely guck’ or some such thing but I’ll try anything to fight infections if it makes sense to me. And it does. Of all things, I want to work towards staying healthy.

Around 10 I was feeling hungry so fried up zucchini in butter with an egg and that hit the spot for now and then I made the mistake of sitting in my recliner with Clemson and my book. I’m getting close to the end so kind of got involved. By 11 am the rain started, pretty much on queue with what the forecast says so I didn’t get back out there.


That’s okay, now it is definitely an inside day. At 1 I thought of an ice cream cone for a change. I obviously didn’t eat enough earlier. I mentioned in yesterday’s post, I think, about having some ice cream last night but it was 9:30 when I thought of it again so I put it out of my mind. Today, the strawberry cone was very good and Clemson got the bottom inch as usual.

Bill called at 12:30 saying he was finished his 2 orientations at CanAm and on his way home. He had to stop at St. Mary’s and then in Stratford to see his Dad but would be home for supper. That is a nice change and now I can plan what to have. With this weather, it won’t be a bbq night so searched the freezer for an indoor meal idea.
The afternoon was definitely a slow one, but after doing my outside stuff before 9 I had all afternoon to read. Laziness overtook me once more and I finished my Tami Hoag book. She goes into a lot of detail, Bill and I found that but we also found where we could skip past things to get to the good stuff. It was a good page turner with another surprise ending.

For supper I fried up our leftover potatoes, warmed up the gravy and roast beef together and baked some crescent rolls in the convection oven. This meant, of course, that we had to plug into electric. Without the sun, we were getting fairly low anyway on our battery power. We cleaned up dishes and watched a couple of episodes of Family Feud after the news. This is the brightest the day has been now that the rain has finally stopped. It is still warm at 18C. 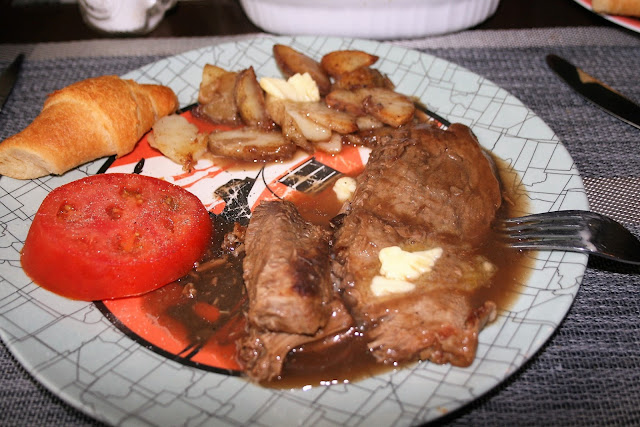 I had a quiet day with a bit of snooze smack dab in the middle. I don’t do that often but it was much needed after my early rising. I hope you have enjoyed this day and found things to do regardless of the weather.
Thank you for reading today. I like reading your comments.
Posted by Patsy Irene (Chillin' with Patsy) at 5:59 PM