Someone Turns a Year Older, A Day at the Field with my Guys, Stop in Stratford, Supper Treat

On Saturday, Sept. 23rd I woke up to the gentle tap tap on my leg. It was 6 o’clock and Bill had been up and showered already. We wanted to leave for London at 7 so I needed to move. I had such a great sleep, don’t think I woke once. Bill was out hooking up the cargo trailer so I washed and prepared myself for the day.
We made a tea to go and I had a small bowl of cereal just for something in my  tummy. Checking the list on my phone for things to take I set things by the door and Bill loaded them into the truck. We were on the road at 7 as planned and I soon realized the only thing I forgot was Clemson’s bed and blanket. Nothing major, he will have his stool at least.

It is a beautiful morning for a drive with light clouds over the Ridge but a perfect forecast all around with clear skies and light winds. My daughter, Bridgette, called en route and sang Happy Birthday to me, as only she can. Made my day. Good flying weather for the RC club at 5 to 10km/hr. It was an uneventful drive and we arrived at the Forest City Flying Field at 9:20 am.
Good timing. There was room beside Keith and soon after we backed in, Kevin and Chris arrived. These are Bill’s closest flying friends along with Gary and Tom, who were further down the line.

I set up my chair and Clemson’s stool in between ours and Kevin’s cargo trailer. We were in the shade and I had everything I need. My table for drinks and my book, my camera and hat. I felt bad that Bill’s shelter got damaged at home because it meant he had to set up his planes in the heat of the sun. He was early enough to nab a little table to put a plane on rather than working from the ground. 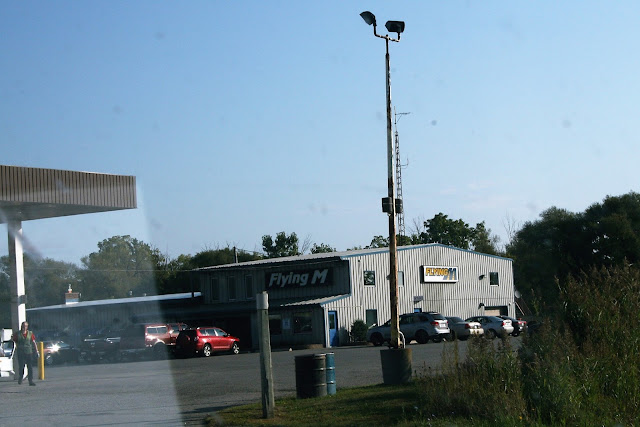 With a trip to the port-a-pot, I realized how much I like our Restroom back at the Ridge. Next to us on the other side, Keith was set up with an awning for Bear, his buddy. Bear is a big hairy dog and I’m sure much hotter in this heat than the rest of us. I’m aware that in a short time, I will lose my shade too so thank goodness for my hat at least. I still won’t complain about the 30C day.

Picture overload here of a few planes and our pilot friends 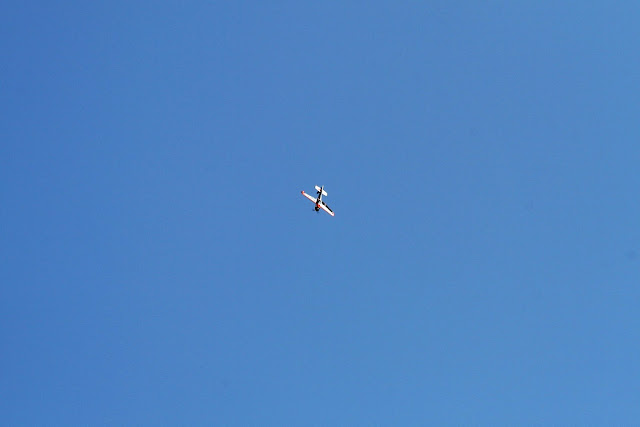 It was very hot and humid sitting there for the afternoon. Clemson was the best little guy ever, moving from the blanket to the stool to under the cargo trailer to my lap. Always in the shade. He drank lots of water as did the rest of us. Bill was mostly in the sun as were the other pilots so I encouraged him occasionally to sit with us.


There were quite a few attendees, approximately 30 when you included the observers, wives and children. I enjoyed seeing a couple of wives whom I haven’t seen for a while. Helen and even longer since I’ve seen Lena and Giselle. How did that young Giselle, who was like 5 or 6 when I saw her last grow to be this 16 yr. old beauty? And to think her sister is starting University in Guelph! I’m getting old, literally as I write. It was great catching up with Lena and their family. 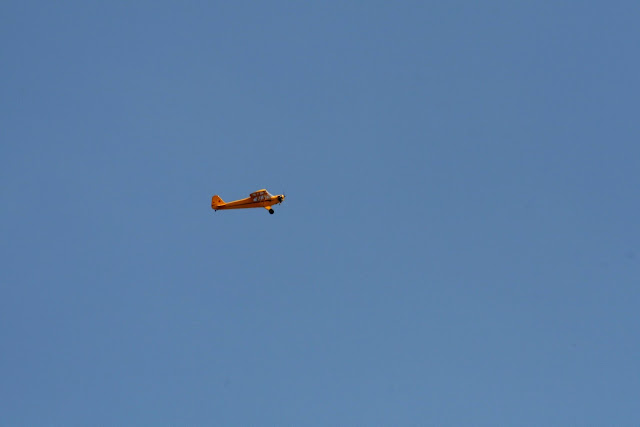 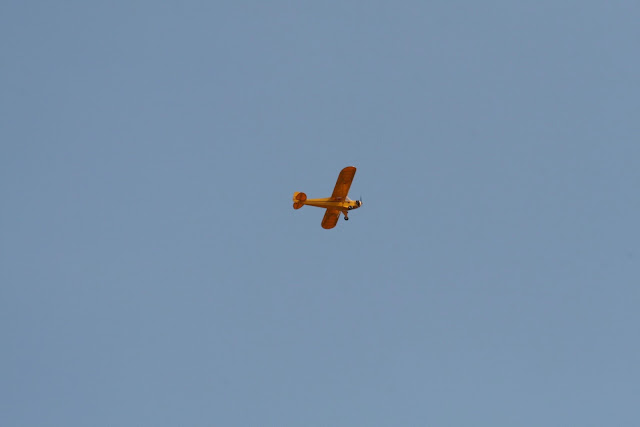 So, I took our turbo hub and my laptop today so I could keep up with postings and greetings on Facebook. My phone has been pinging all day which sure makes a gal feel special with all the friends and family members wishing me well on my birthday. I tried to at least acknowledge with a ‘like’ because I appreciate every single one.


The club members barbecued sausage dogs and hamburgers with cold drinks and potato chips for us at no charge. What a wonderful thing to do. Bill got a few flights in today with his Piper Cub and his drone so he will be anxious to see these pictures too. All good things come to an end and so did this time at the field. We said our goodbyes as others left and then our own when we pulled out around 3:30. There were only a handful still there when we left, 4 actually.

We drove the 401 to our Embro exit 222 and stopped at McCarthy Place in Stratford to see Dad and Marilynne. They called me earlier to wish me a great birthday but Bill didn’t get to talk to them. We caught up with their goings on and headed off for home. Clemson got his supper in the truck tonight right around 5ish so he is happy for the rest of the way.


That sky is still gorgeous, no sign of clouds at 6 pm so another wonderful evening. We had a peaceful drive home and other than stopping at hwy 89 for Bill to close his eyes for 15 minutes, we had no reason to stop or detour. Bill said last night he had 2 instances on the highway between Embro and home where he was detoured because of accidents.

We were home by 7:15 pm, dropped Clemson inside and turned the a/c on. Bill unhooked the cargo trailer in its spot and we drove into Durham for supper. I had no intention of cooking tonight nor was it expected. We went to the Country Corner Café on #4 and ordered the small Haddock and Chips order. This was quick and delicious.

To celebrate my birthday, I ordered a rum and coke and Bill opted for a tall chocolate milkshake. This was the fastest service we’ve ever received here so a good time to go with only 3 other patrons there for a meal.

We were back home by 8:15 with full tummies. It was cooling down inside and more flies were dead from the heat most likely! I had a wonderful birthday and I know Bill enjoyed it as well, doing what he loves. I hope you enjoyed your first full day of this new fall season.
Thank you for stopping in. It is nice to read your comments if you choose to leave one.
Posted by Patsy Irene (Chillin' with Patsy) at 6:17 AM