Bill got up before me on Sunday, Apr. 15th. Again! This is getting to be a habit! So, at 7:30 when Clemson and I dragged ourselves out of bed, he was sitting at the table with his coffee and gave me his sweet morning smile. That was a whole lot nicer welcome than what the outdoors was giving me! Yeuck!! Still really windy and it was an icy, rainy, snowy mess off and on out there for the rest of the day. Plan today? Stay in my jammies!
Well, not exactly but it certainly appealed to me. Bill slipped his winter boots on and went outside to take pictures of the CanAm lot, so this is my picture of him braving the wind and rain…..without his coat. LOL We finished our reading and checked the weather forecast for the beginning of the week. Even when the freezing rain stops, we are still in for some wet, cold days. 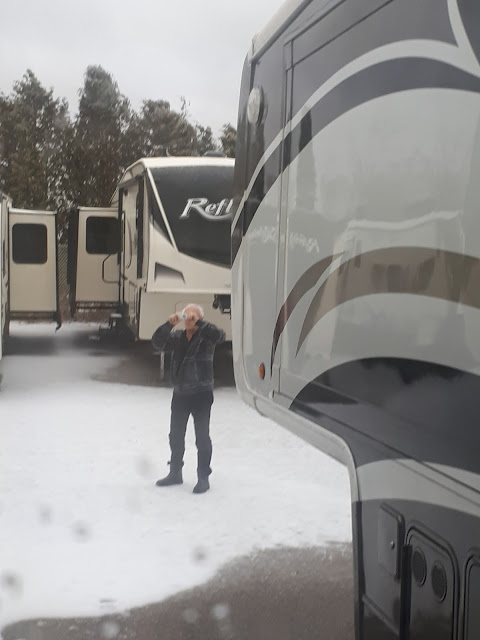 At least Black Beauty is parked out at the front parking lot so Bill should be able to get out easily in the morning. The appointment for our 4 tires to be replaced and a safety check is at 8 across the city. The ice is dropping off the Suite, every once in a while, I hear a smash and see another piece has dropped off the side. Bill bundled up once more, this time with the fleece hood/hat/scarf thingy I bought him years ago and went out with his Canon camera. The big one. Serious pictures now!

There were some vehicles out front as a few of the staff came in to organize items on the new shelving units. When he went inside, Andy wondered if they’d put him to work yet. The store area is getting a facelift and of course, Bill offered to lend a hand. He does like to keep busy and if he can be of assistance, he feels good. We had bacon and eggs for breakfast and he disappeared inside.

I had decided a couple of days ago to make Baked Rice Pudding. Mostly for Bill. While I have been trying to mind what I eat over the past 3 weeks, he has not been treated to any desserts. With the exception of our dinners out at friends, where we both got spoiled! Rice pudding is not terrible for me but it does consist of heavy carbs so I will just have a bit here and there. The good thing about white rice is that it is a required resistant starch which acts like a beneficial fibre. 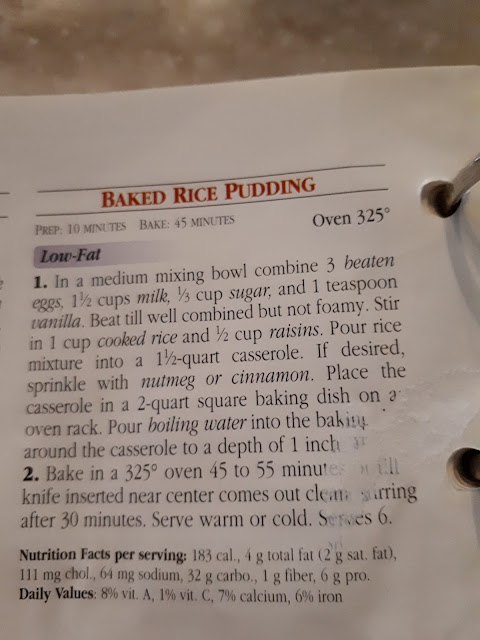 So, I made the pudding, added raisins (for Bill only) and baked it in the convection oven. Hmm, smells and looks great! Thinking of my sweetie working inside, I also made up a batch of Chocolate Macaroons. Again, I was mindful of how sweet they are so switched up half the sugar for Stevia and hoped they’d still taste okay. They went into the fridge to cool and harden. 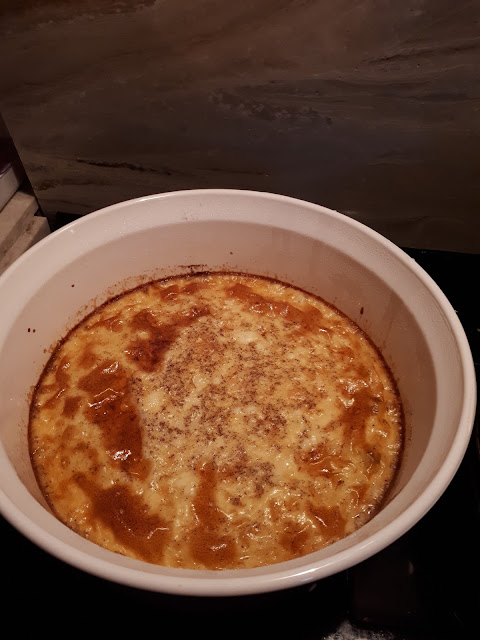 I chatted back and forth with my sister, Donna, who has been under the weather for a couple of days and danced a bit to some of the country tunes on SiriusXm. Who can resist Willie Nelson's "Always on my Mind"?

Bill called and said they were buying him lunch so, I was pleased about that. With the way the ice is blowing off the roof, I have no desire to venture out or I would have walked in to see how they were making out with the restocking. 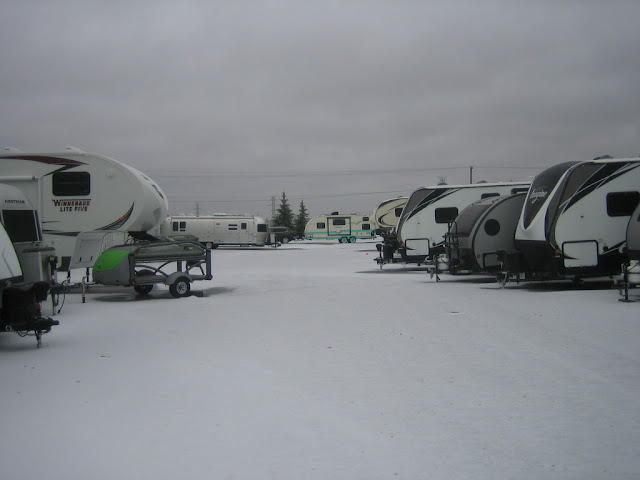 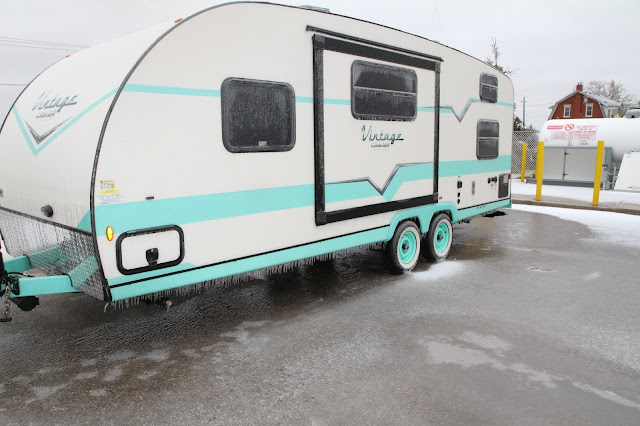 Clemson and I remained warm and cozy inside the Suite while we listen to ice falling and sliding off both our roof and the roof of the CanAm building. I’m almost finished my book and when Bill returned around 2:30 he sat beside me and dozed off almost immediately. I kept my eyes open as I flipped pages, that being a testament to how good this book is. We held our pooch off again until almost 5 before he got his supper.

Closer to 5:30 I began our own supper. Tonight, is cheeseburgers and salad, done inside, of course. I’m not keen on frying them inside simply because of the spattering mess but on days like this, we don’t have a choice! And they tasted quite good. Bill tested the macaroons and I think they were a success but I admonished him to try and refrain from eating too many. A dish of warmed rice pudding also won his approval. Yay!

We cleaned up dishes and I downloaded the pictures Bill took today for me. I have to admit that I didn’t step outside once today. My bad. I did get a breath or two of fresh air when the door opened the number of times Bill was in and out. Does that count for something? This certainly hasn’t been the kind of day we wanted to see after arriving back home but since we have no control, we make the best of our day. I hope you have remained warm and safe in your day as well.

Posted by Patsy Irene (Chillin' with Patsy) at 5:17 PM