Like most campers/travellers, we started small. When Bill and I first got together (after 3 tries at this marriage thing) we had already experienced different modes of the trailer life. Tenting, tent trailers, seasonal lots and small motor homes, so much so that we were saying "been there, done that" and seemingly had no interest in doing it again. After all, we had sold (or 'donated' to our ex-spouses!) every piece of camping equipment we owned.

It took an invitation to a family weekend near Durham to create that itch again. If we wanted to participate, we needed to have something to sleep in, so rented a tent trailer. 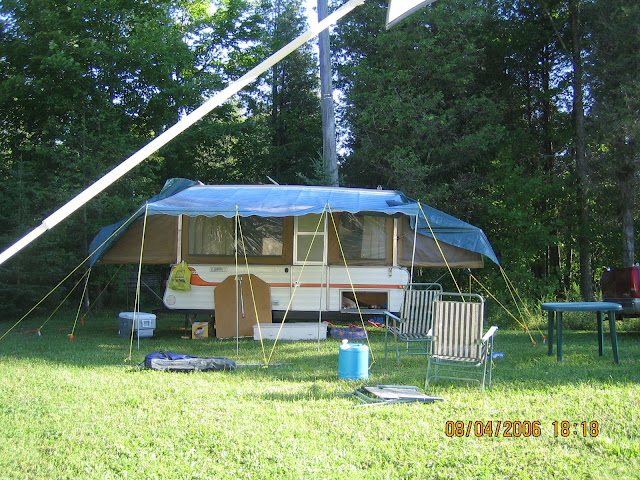 This worked for a couple of years on that weekend. We liked it so much that we bought one, a large old model but it worked for one trip. The itch was festering. (sorry for that picture!) Because it needed some extensive repairs we literally handed it over to a handy young couple and bought a truck camper. 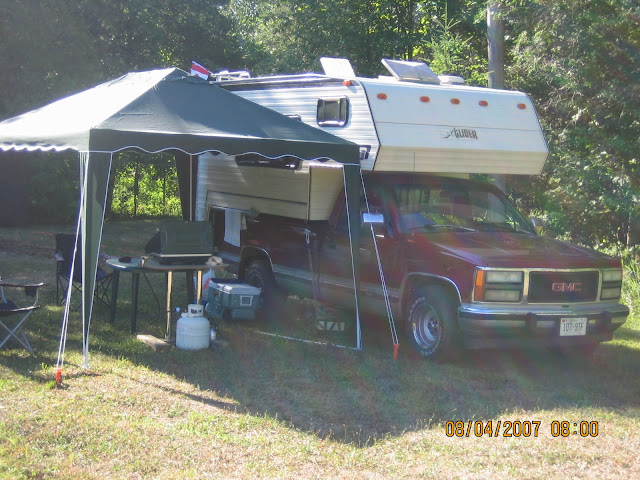 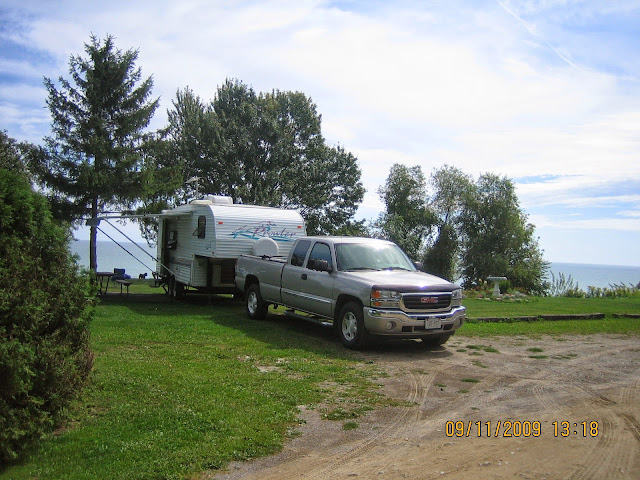 Is it ever enough? Is it ever BIG enough? Keep in mind this started out for one weekend of camping per year and now we needed to get our moneys worth out of the investment so found ourselves stretching our limits and our camping adventures and loving it.

Two years later, we went to the London RV show and walked out with the ownership for a new 2011 Cougar  High Country, 29' fiver with 2 slides. Now we could walk around our bed at least! We loved it.


We were pretty much at our maximum tow level with our 1500 so invested in a 2008 F250 King Ranch Diesel 4X4. She's a beaut and pulls the animal just fine. The idea that we were happy and satisfied settled into our bones and our hearts until..............we started thinking about our future and what we wanted to do with it in retirement. Bill's parents had the right idea when they retired and it has always appealed to us. Did I mention we hate winter? Well, we do. Getting away from it sounded awesome!

Since our home wouldn't be paid off by the time we retired, we couldn't even imagine being able to afford going south for the winter months like my in-laws did. How could we possibly get away for at least 4 of the coldest Ontario months with this debt overload?

Amazing what the mind opens up to when you let it wander. We've heard about full-timers, didn't know any and other than understanding that they lived and traveled in their rv year round, we didn't know where to start. But let me tell you, the more we learned, the more we started to warm to the idea in the fall of 2013.

With this hint at full-time living, in August 2013, we traded in our beautiful Cougar for an even more beautiful Jayco, 2010, 35' fifth wheel with 3 (three) slides!!! This after saying "we can never upgrade, we just couldn't afford to do it". Well, never say never.

When an offer presents itself to you and you find everything you want in an rv (no matter how new or old, there is always something that 'could' be better/different), you find a way to make it happen.

Our Jayco Designer sits on a cement pad in our driveway waiting for our next weekend away. Last fall, we made a final decision that we want to full-time rv.

The house is just a house made of sticks and mortar and although we have put money and my husband's sweat and labour into it, this is what we truly want to do. The Jayco is big enough and from advice from bloggers who are doing it, "don't wait, go as soon as you can", we are moving in that direction.


In 2016 Bill and I will be retiring from our jobs in the education field. No, we are not teachers but instead hard working behind the scenes support staff. After going to work for 30+ years, we will both be ready to say goodbye, in the most heartfelt way possible!
Heck, we are ready now if only................you know.

So the plans begin.


And just when we thought we were done upgrading, we bought this HOME from CanAm. Now we are truly ready and in October 2016, our dream became a reality.


Thanks for stopping in.