On The Ridge
On Saturday Sept. 14th I heard Bill get up before 5 and continued to lie in a semi-sleep state until he came up and kissed me goodbye. Today, he was meeting his cousin, Glen, at the Morriston/401 parking area near Guelph. They were going to the London Air Show today. Something they have both been looking forward to for a while. There were a few planes in particular that they wanted to see. The bombers are always some of Bill’s favourites.

So, he left at 5:30 and I pulled the duvet up and rolled over for another hour’s sleep. I dropped off like a lead balloon, just not quite feeling as perky as I normally do. Besides not getting into bed until 11:30 last night, I think some of this cold bug is dragging me down. When I did get up, the clouds were the feature of the morning. It is supposed to be mostly sunny and a high in the mid 60’s so I hoped to get into town to wash our clothes.

I needed to publish yesterday’s blog so set about that, feeling much more comfortable now with the unlimited data plan we’ve secured. I’ll still be careful and try to stick to our regular usage but it means I can Google a few things and open a few more videos from emails sent to us. When my blog was done and my tea finished, I realized that I wasn’t up to visiting Mom today. If I have this bug in my system, the last place I should be going is into a senior’s environment.

By 10:30, it was still full clouds and even though Bill said they had sun in London, it wasn’t doing much for my laundry plans. I decided to skip both plans and stay home with a blanket and a puzzle. At 11:30, I made my coffee and watched as the sun tried to tempt me. Nope, even with some blue patches of sky, I could see the surrounding gray from every view, north, south, east and west.

It wasn’t until 1 or so when the clouds moved out enough for me to be confident enough to disconnect from electric power. The white fluffies disappeared soon after and the day warmed up. I still had socks on and my warm wrap when I went outside to sit in the sun.

I just needed the sun to soak into my bones and warm me up. Cook the cold out of me! Bill called around 5:30 and was leaving the parking lot at Morriston so would be home in 90 minutes. 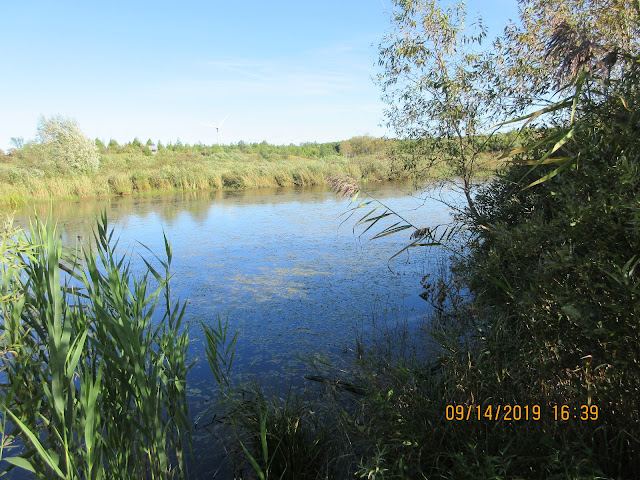 He and Glen had eaten on their way back from London so he told me to go ahead and eat. I hadn’t expected him for supper so went ahead, boiled a cob of corn, and fried up a nice piece of liver and onions. Yum. It has been a while since I’ve had liver so would enjoy it on my own and Bill doesn’t have to smell it in the Suite. 😊 I sliced a tomato from my garden and it was a wonderful summer meal. After doing the dishes, I sat and did some more on the puzzle. It is slow going but I am getting some pieces in, at least.


Bill drove in around 7 and we caught up on each other’s day. Mine was pretty lazy, very lazy actually and it sounds like they had a good time. I’m glad he went and from what he says, some of the big planes on the expected-to-arrive list weren’t there but they saw others that were of great interest.

We watched Walk the Line, the story of Johnny Cash and then an old movie loaded with our favourite actors, Airport.
I decided to finish my post in the morning. Tomorrow brings a different kind of day again.

Posted by Patsy Irene (Chillin' with Patsy) at 7:37 AM