I woke up around 6 am on Tuesday, Feb. 27th and felt pretty rested. I lie still for another 30 minutes and then got up. There were clouds covering the eastern and most of the north sky so I wasn’t surprised to see the sun didn’t break through for a sunrise picture. Even though it was 12 degrees warmer than yesterday morning, I didn’t go for a walk. I made my first tea instead.

Something I didn’t mention about yesterday’s shopping trip was the great deals we get here on our vitamins. Many times, you ‘buy 1 get 1 free’ so I have stocked up a bit on our D and hope to do the same with the B100’s. Our Omega 3 and my Calcium pills were all purchased under the same kind of deal. They seem to sell a B3, a B12 and a B Complex but no B100’s here so we need to compare the facts.

I’m not sure what we got busy at but before I knew it the clock was reading 10 so I made our bacon and eggs. We cleaned up and Bill went outside to check the tires and torque on the lug nuts on the Suite. While he did that, I separated the meat we bought into individual packs.
I cut each pork chop into two because of the thickness. Bill said he wouldn’t need a whole one. Some bones were cut out and packaged for soup broth and I kept one large boneless piece for stuffing and rolling. Thanks George for the reminder! Then I divided the ground beef roll into 5 packages. 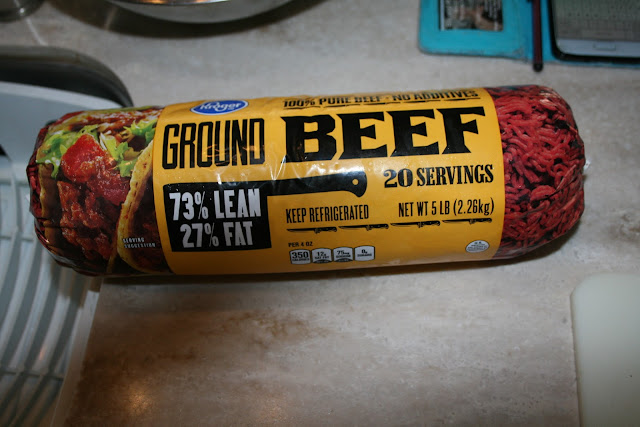 Our freezer is looking full again and it should last us for the rest of the winter.

Then I gave some attention to my finger nails. Yikes, they have been neglected and showed the worse for wear. I clipped and filed and then used a ridge filling base coat. I’m not good with coloured polish, it always gets marked up within minutes, but I might try a light colour anyway. I’m a sucker for punishment, I guess.

We discussed the weather, after being informed by a couple of people about some nasty stuff coming. They weren’t entirely wrong, at least according to the few weather stations we’ve tuned into. Looks like temperature dropping to 47F before bedtime tonight, 43F at 1 am and rain starting. Still looks like the low is only going to hit 34F and that is by 7 am Wednesday so still not cold enough for the *s* word. We’ll have to see.
We ‘could’ get flurries here but at this elevation, not likely or very little. Because we don’t know for sure and we are pulling out Thursday morning, we’ve planned 2 supper meals inside. We’d rather be safe than sorry. Tonight because of the winds, mainly, we don’t want to barbecue. I have fish and chips planned so Bill can put the Weber, the table and the chairs away.

I tried walking with Clemson earlier and the gusts of 40 mph made it extremely difficult to walk with him. It actually blew him over in the middle of a nature call. I tried not to laugh, instead turned back towards home. I didn’t want to hurt his little feelings, he was so determined to finish!

When I got back I told Bill, “okay, I won’t be sitting out anymore you can put things away.” We needed a nibble so around 1 we had some cheese and crackers and then drove into Huachuca City to get some quarters for laundry and some more stamps. March is a birthday month.
Speaking of birthdays, there is one very special one today. Nathan, my son’s little fellow turns 8 today. I don’t know if his card made it on time but I hope so. Bill finished putting a few things away in the truck so now tomorrow we can do our last clothing laundry here and relax for the remainder of the day. As I was inside, my son called to chat. He is the darnedest one for answering emails so I was very happy to hear him on the phone instead.

Leading a very busy life, Patrick admits to making life even more difficult for himself. A party for Nate on Saturday and after working long hours at work, Patrick took on much more than necessary. He even made a 3-layer birthday cake (Chaela doesn’t bake) along with setting up a fun playing field involving the online game Mine Sweeper for the 4 friends that stayed overnight. I’m tired just thinking of it.

Anyway, it was a great chit chat and 20 minutes later we said our ‘I love you and goodbyes’. Bill was out talking to Rick next door and when he came in, he sat with his book and the tv in the back ground. Well, I know he for sure has earned relax-time. It was 3 pm and I decided it was time for a Happy Hour drink. Beer Margarita or tea? Hmm. Let me think about it.
So, I decided to have a margarita since I remembered to pick up the frozen limeade yesterday. I sat on the couch where the sun was coming in the windows and watched television with Bill and Clemson. The afternoon slipped by and at 5 we began making supper. It is Tuesday night and our night for watching our favourite programs.

Bill washed and cut up the potatoes for fries and I prepared the cod filets. This didn’t leave me much to do because the only cod we could find at Fry’s yesterday was frozen with 2 in a box. So, all I had to do was open the single packets, put the filets in the baking pan, pour the seasoned sauce over them and add lemon slices on top. The oil was heating up in the fryer and soon enough we were good to go. Supper was ready at 5:30 and we were all cleaned up by 6 when NCIS started. 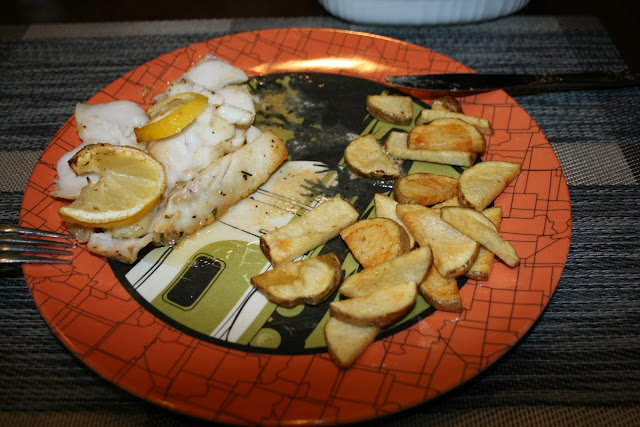 Distractions while trying to finish my post don’t go hand in hand but in this case, it will just slow me down. I download pictures and do my writing during commercials. At 7:15 we both had a craving for the white chocolate/raspberry swirl ice cream we bought yesterday. We love Tillamook ice cream, it is so creamy. 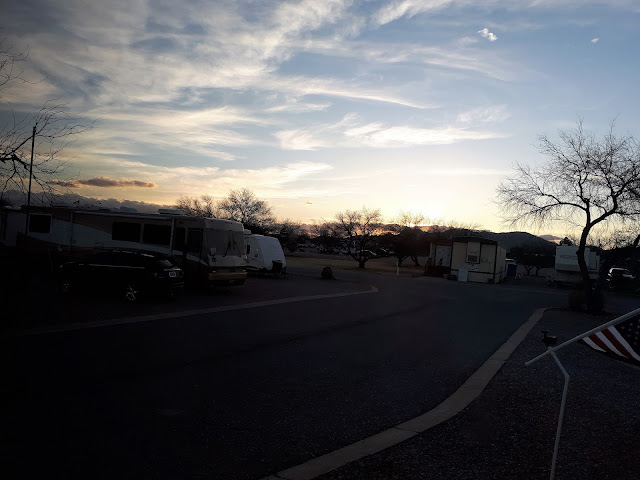 Finally, I am ready to close off this post. NCIS New Orleans is on and it isn’t one I’m stuck on. This has been a very lazy day and yet a good one. I hope you can say you had a good one too.

Thank you for stopping by. Feel free to leave a comment.

Posted by Patsy Irene (Chillin' with Patsy) at 8:41 PM