On Thursday, Aug. 9th I woke at 5:15 and stirred under the covers. Clemson was snuggled so close that I couldn’t move much but my legs felt cool and I had to stretch. Within a few minutes he stood and did his regulatory morning shake and instead of waiting, I lifted the covers and offered him a warmer spot. He accepted and curled up tight against me. We both went back to sleep after I rolled over to face the window, with him at my back. As long as he is touching us, he’s happy.

I got up out of bed around 7, turned the Keurig on and texted Bill that I was up. With the blinds open, I could see that it might be a sunny day but I would be half wrong. It was after I spoke to Bill about the p.o.s. trailer he slept in and what his day would hold, that I noticed the sky was very gray and it looked like a misty rain spread out across the area. I remained in my lounging clothes instead of changing into something to walk in. The walk would have to wait, if it happened at all.

I had my tea and checked up on our blogging friends. I love that we can do that, connect across the miles, provinces, states and country with just the click of our fingers. In years gone by, that would not be possible without picking up the phone and calling. At that time, long-distance charges were a very precious luxury. Anyway, a shout out to all of our friends whom we have met over the years and over the past couple of winters.

Bill and I have made some very dear friends over the years but when our status changed from employed to retired, big city to small rural community, there are many friends who seem to have been left behind. Not intentionally, but it happened. If you are one of those friends, the shout out is for you too, if you’re reading my blog at all. I hope we cross your minds occasionally as you do ours. Sometimes, although I can explain it, there are memories of a certain person that pop up and that is special.

I decided today, with no eggs, to just pour myself a half bowl of Bill’s Cranberry Crunch with some flax seed and cream. That hit the spot at 10:30. I got cleaned up and drove into Durham to visit Mom. First, I stopped at Foodland and picked up some more Zero Coke as well as a small case of Soda Water. For those time that I’d like a fizzy drink but don’t want a pop. Maybe Bill will try it too with a splash of Cranberry juice.


It was a great visit with Mom again, yay! She was lying on her bed but not asleep and rose when I knocked with a smile and her arms extended. We walked down the east and west halls. I was curious to see if the room they made into The Parlour still had a crokinole board. Hmm, it didn’t so I don’t know where it might be. Mom was keen on playing so I may have to ask another day. The nurse I asked didn’t know where it ended up.

We talked about the school yard, the absence of children and why and then the flower beds below the window with Black-eyed Susan flowers growing. She read the names of other residents outside their doors and I did too. There is a name that is the same as a girlfriend I used to know when I was 10, outside of Elmwood. When I saw the lady, I couldn’t imagine that she could be the same person, but what are the chances, in the same area we went to school? Age? That is possible too. 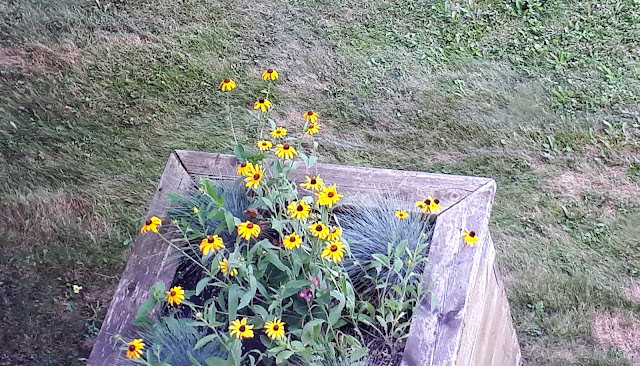 Mom was very dignified when it came time to say goodbye, same questions but not holding me up at all and not reluctant to let me leave. No kiss this time for ‘my man’ either so I think she was hungry. 😊 I waved myself out the door and hopped in the truck. I drove to Queen St. and parked out front of Rob and Pat’s house to make use of their unlimited wifi. Rob promptly chastised me for parking beside the fire hydrant but I stood firm since I wasn’t getting out of the truck.

We chatted for a bit and I proceeded to download and install my Kobo update. I didn’t have much luck with the darn ebook.bike site. Every book I tried, came up as an error. So frustrating! I know many of you have no issues and that is great, but I managed to get one book the other day and now 4 errors. Perhaps I need to stand on one foot for it to work. Another time. **Update on this: Later, Gayle also tried and she was also having troubles. Apparently, there is a problem with the site. Phew!


Back home, I unloaded my laptop and the cases of drinks before returning inside.
Clemson was up on the bed and didn’t her me come in. I poured myself a soda water with a bit of cranberry juice just to test it and put a couple of crusts in the toaster. I’d unplugged before I left and the sun is so sporadic that I’m hoping I’ll be good for the day without plugging in.

When the toast popped, my mouth watered as I spread peanut butter on top of butter and cut up green onions and cucumber. Adorning that with salt and pepper, I proceeded to enjoy every lovin’ bite. Yay yay, I know, nothing keto or paleo about that except the butter but it hit the spot and I cleaned up the last two crusts at the same time.

I caught up on this post and set about stitching a couple of things that were in my closet. Things I’m not ready to part with but needed a bit of tweaking so I can wear them. It’s called moving a button an inch because my tummy isn’t the same size anymore. 😊
The rest of the day went by swimmingly, with some rain showers but only lasting a couple of minutes. The last of the rain was mid afternoon even though Donna texted from Hanover and said the big black cloud that dropped rain on them was headed my way. I watched the sun disappear, again, and the clouds arrived but swept off to the north. Probably Owen Sound got that one, we didn’t. 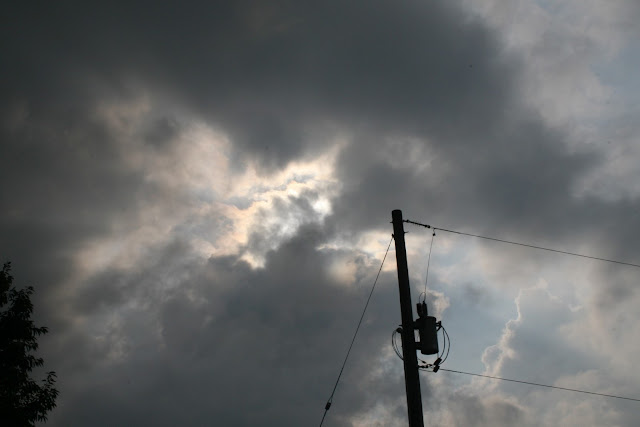 I turned NCIS on at 5 and worked on a crossword while watching it. For supper, I sliced a potato thinly and deep fried them in a fry pan. I added green peppers, onions and finally when they were soft, mini sausages. I made up a side garden salad and that was supper.

There is a plate left for Bill but I’m not expecting him until 10 or so. He will have eaten somewhere on the way home. His day on the job got a bit mixed up from the original plan. 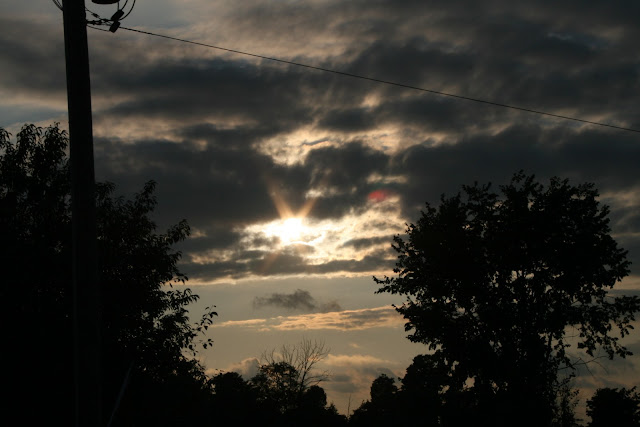 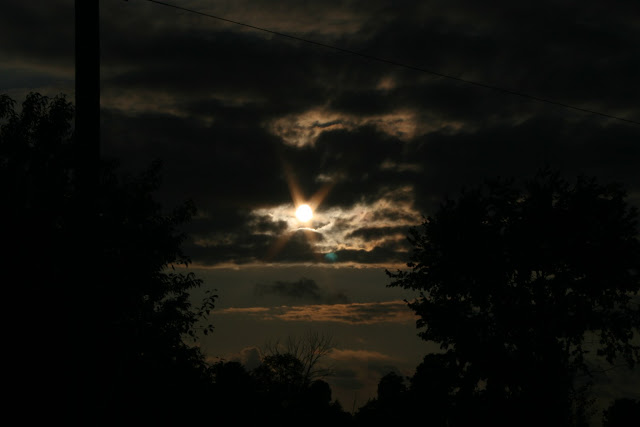 I cleaned up dishes and with all windows open to let the fresh air in, sat down here to finish this post. Not much happened today so I can end this here. It has been quiet, yet a good day. I hope you can say the same.

Thank you for stopping by. I love it when you leave a comment.