Jello Plans Jiggled, Wet Day Ahead, Catching up on Things at Home and Good Books

Well, it was certainly no hardship being in London at our CanAm dealership for the better part of 5 days as we were always waking up in our own home. However, it was a treat this morning, Saturday, Aug. 25th, to wake up in our own bed on our home base. It is nice to be back at the Ridge where I can just open the door and let Clemson out to do his thing with no leash. It was still dark when I first woke and I could hear rain on the roof. 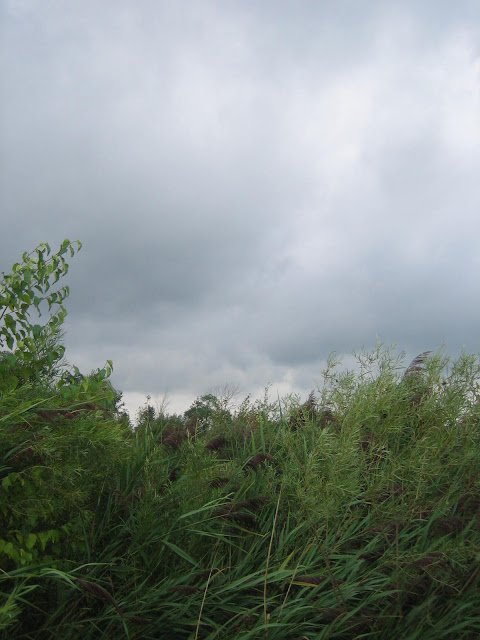 Bill was up before me and gently closed the door so as not to wake me. I think in my head I was already awake because my mind was thinking of the weekend plans. We had company scheduled to arrive late morning today and to stay in their tent trailer here overnight and head home late morning Sunday. With a full day forecast for rain, I wrestled with cancelling their arrival. What fun would it be for them to drive 2 – 3 hours, set up in the rain, spend 80% of the day indoors with our dogs?

I made my tea and joined Bill at the table and immediately texted Megan and Neil to open the discussion. They agreed and we have re-scheduled for a weekend in September. We would have welcomed their visit, had we owned a sticks and bricks home and room to spread out more, but now we will take advantage of the dry periods in between the rains and get a few things accomplished around here too. Being away all week means we have catch-up stuff to do.

Bill hooked up the water bladder and quickly emptied it into our fresh water tank. It took no time at all! He cleaned up and went into town to buy gas for the mower. While he got the shed opened and cut a bit, I began making breakfast. The rain from earlier had stopped but the sky was indicating that we shouldn't plan too much outdoors as it could open up anytime. I did the dishes after eating while Bill went out and cut more grass on the berm and in the front field.

Now it was my turn to clean up after addressing some family birthday cards. August and September are busy birthday months. At 10:40 I drove into Durham to visit Mom. I missed my usual Thursday slot. 😊 As soon as the elevator opened on the 3rd floor, Mom was just walking by in her bright red Cedar Rail hoody. I caught up with her and then asked at the desk if any of the girls knew where the crokinole board was. In no time, it was located on the main floor and Trish had it set out for us.


We played 3 or 4 rounds in the auditorium and then it was lunchtime so Mom admitted defeat to me. I put the board away and folded up the little table. She was tickled pink when she landed a bullseye in the centre hole. Many times, she surprised herself with some great shots but I’ll have to try and find some sticks like Rob and Pat use. It would help her aim better so I can stop aiming at pegs (!) and she won't hurt her fingers. It was a fun game and now I know where to find it, I’ll do that again soon.


I left her at the table, with many kisses back and forth plus lots of waves on my way to the Exit. It was raining again by the time I left but it was a short hop, skip and a jump to the Rav through puddles. I’m not afraid of melting like most sweet things. LOL I’m so happy our plans for the weekend were able to be changed, it is not a nice day at all to have company. Back home, I wasn’t surprised that Bill was chased inside by the rain too.
Since I finished my first of 12 Jack Reacher books last night, I’ll move on to the next one. I’ll have to let Bill read them on my Kobo as well, when I’m finished, so he can get the same books. I updated my Book List on my Word document and moved on to the next book. Lee Child’s The Enemy. Bill also finished his James Patterson book.
We got a fair bit of reading done today.

Bill has not been sleeping well these last few nights, less than his usual 5 or 6 hours, so he said he needed a snooze. I sent him up to the bedroom so he would rest better, undisturbed, and I could read in silence. It’s a two birds with one stone scenario. He had a nice long sleep and felt better when he got up almost 2 hours later. We sat with our books for a while, responding to Clemson’s whims and then I got up and made a Rhubarb Crisp for dessert. This one is not on the keto list so I just cut back on the sweetener ingredients and used gluten-free flour as much as I could. We are planning just fish for supper and corn on the cob so we’ll have room for dessert following the meal.

At 5 o’clock, I realized that even though we're back home, I’m still not getting much walking done. I invited Clemson to walk down to the end of the lane with me. The sky seemed to be breaking up into a few spasms of blue but half way down, the gray clouds threatened to drop rain on our heads at any minute. We checked out Bill’s ‘doghouse’ once more and then came up the hill. It didn’t add much to my steps for today but my Fitbit won’t sync anyway. Bummer, nothing since Monday for some odd reason so I’m way behind everyone else.

Bill went out about 5:30 and cut the back field of grass and I began preparing supper around 6. We were eating by 6:45 and cleaned up dishes. We popped the tv on for a couple of mind-obliterating hours. Mash reruns and then Live PD was the entertainment of the night. After an hour of Live PD, I’m ready to hop in the Rav 4 and speed down the highway without my license, wallet or insurance. Ha! I can’t believe how so many Americans on these shows (who claim to be so innocent) can’t produce I.D. when asked. 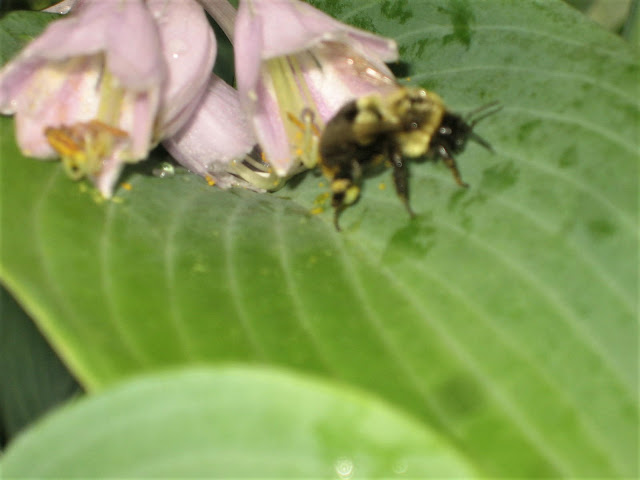 This day was turned upside down from the minute I heard the rain on the roof at 5:30 this morning and yet, we made the best of it as always. We have re-scheduled a visit from our London friends and will look forward to that. Who said retirement is boring? We have been so busy this summer. I hope you’ve had a good day whatever you were doing. 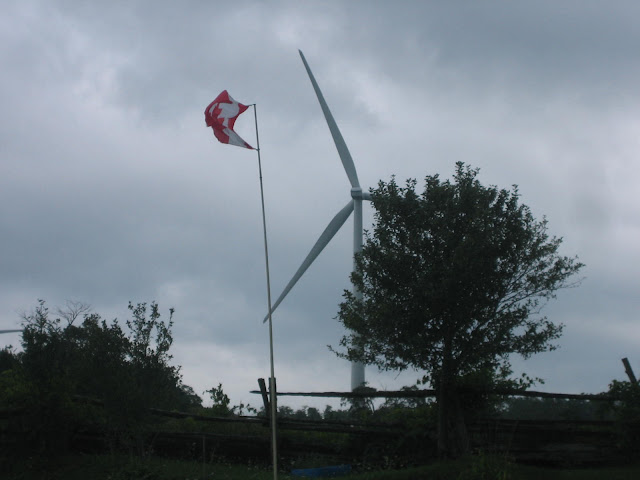