Close to Home Comfort, Winds Remain, So Does the Sun, New and Old Friends

I believe it was just after 7 when Bill and Clemson got up for their first piddle. We didn’t leave our Blue Flame heater on through the night, getting better at becoming ‘cool’ sleepers. It was on for about an hour while we were sitting inside after dishes, watching Live PD. At 10 we closed things up, turned things off and went to bed. 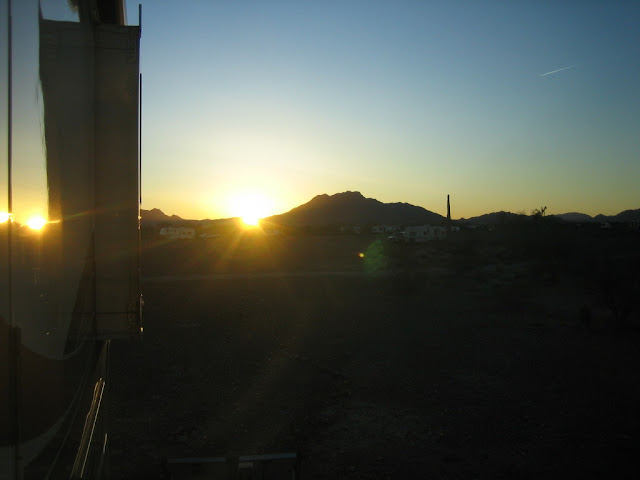 Bill turned the heater on and my two rug rats (I say that with full love, of course) crawled back into bed with cold feet and wet noses. Let’s stay in bed for a while until it warms up down there, he said. It was 41F outside and 53F inside. Suits me! So, we discussed the day plans, which basically was a ‘rest’ day and the conversation got a little more serious. Me and my ‘what ifs’. I often need reassurance on what steps to take in a worst-case scenario.
While talking, my phone rang. It was our friends (Buddies!) back home. Rob and Pat calling to catch up with things. It was great to hear their voices and thank you for waiting until after 7:30 MT (9:30 EST) to make the call. Ha ha. With a tea and coffee under our belts and blogs read from yesterday’s happenings, Bill had another project to take care of.

I washed and layered up in light clothing and my good running shoes. I have begun another Weekend Warrior challenge with Bill and a few friends so need to ‘step’ it up!

I walked to the front gate and snapped some pictures of the Government Shut-Down signs. Now we are being informed that not only is the Office closed, but as of Monday at 11 am, there will be NO services available of any kind. We can only hope that doesn’t mean garbage pick-up. We are assuming it must be on contract from a nearby business and this IS Sunday, after all.

Bill called his Dad late morning just to catch up with any news back home. He talked to Marilynne for a while and things sounded pretty good. Their weather is warming up a bit, gradually. Then Dad came on the phone and he sounded better than last time we called. I usually listen in the background so Bill puts it on speaker phone. It is always nice to hear their voices as well.
Back at home, Bill was just finishing up and has been documenting what he is doing. So, Ken, you shouldn’t have to wait too long! We each had another hot drink since it was only 11:30 and then at noon hour, he turned the new generator on and I made us toasted tomato sandwiches with lettuce and mayo. Yummy!

With the news about the shutdown, Bill prepared his water bladder and headed up to fill it up. Just in case. We are sitting at 75 gallons in our fresh water tank, but this way we can top it up over the next few days without it sitting there too long. 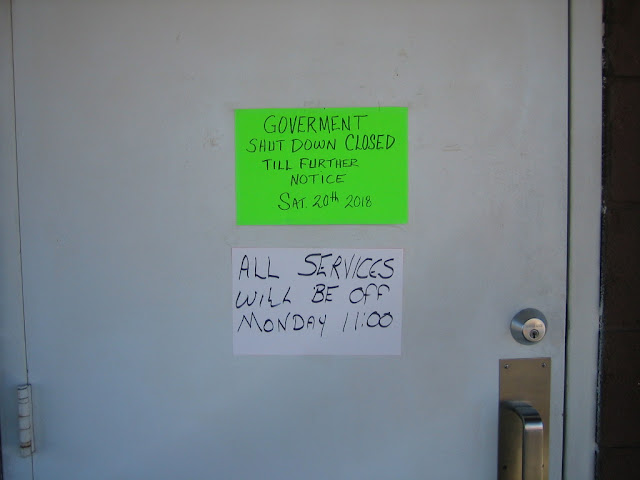 We had cleaned up dishes so the sink was clear for me to make a chicken soup of some kind. I had the 2 large chicken thighs that we grilled the other night. I need to google a recipe and ‘Git ‘er Done!’ (thanks Larry the Cable Guy) for the support! 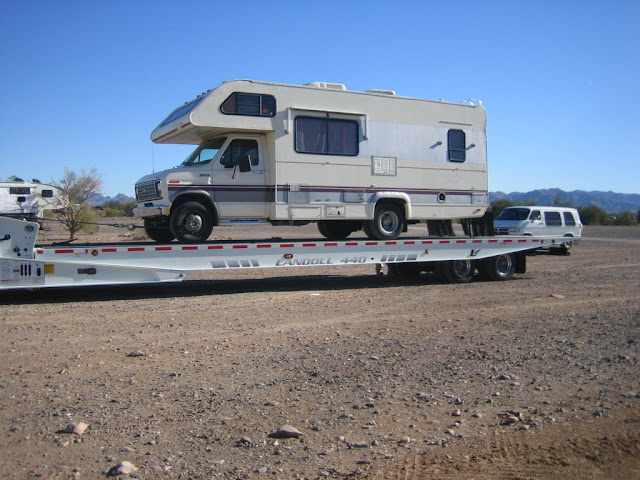 I found one and proceeded to take care of business. Once the soup started to boil, I turned it to simmer and could hear Bill outside talking to someone. I wish I’d gone out with my camera but no, I went out totally unprepared to take a picture. Ginger and Jim were driving by on their dirt bikes, had stopped to admire out Mobile Suite and Bill invited them over.

They chatted for a few minutes before I finally had cleaned up enough of my mess and went out to join them. What a nice couple! They are from Oregon and currently camping at Mile marker 99, the Roadrunner BLM. Ginger was very curious about a lot of things regarding the Suite and camping in general so Bill and I answered what we could. We should have asked them to come and sit sooner but after a nice visit and a tour through our home, they drove off. We hope they take the time and come back and see us before we/they leave the area.

Inside I checked my soup and much of the liquid had been absorbed, hmm. How does one keep a broth in a soup? I’m obviously very new at this ‘soup’ thing but because I had emptied all the broth containers I had, I resorted to just adding some more water. I’ll try the soup tomorrow, it looks good.  I had to substitute again by using spagettini noodles since I don’t buy egg noodles. I’m sure it will be fine. 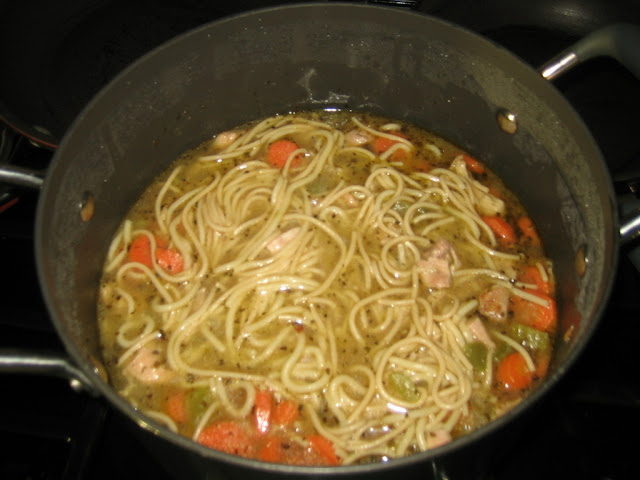 At 10 to 3, with the winds, Bill invited our neighbours to Happy Hour, either inside or out, whatever they chose. As it turned out, the sun was warm enough and everyone was dressed appropriately enough to sit outside. While sitting there we had more excitement. Two Police, one Sheriff, one Fire Rescue and one Ambulance went down the main road to the back towards the mountain. Now what?? Maybe we’ll find out at a later date.

So, it was a nice couple of hours, chatting about anything and everything from food to cameras to pets. At 5 pm our guests headed home to prepare their evening meals and we came inside to rest for 30 minutes. Tonight, we were having breakfast for supper.

Eggs, mini sausages and home fries. It has been a couple of days since we’ve had a good breakfast. It will be easy and something I can prepare inside without barbecuing in the wind.


This has been a really nice, slow and easy day. We met new friends, gathered with old friends, got some walking in, had some excitement, had breakfast for supper and even made soup in the meantime! I hope you have had a great day too! PS, for those who are curious about things we've purchased and my man has been working on, Bill is writing a post tonight too. Check it out at On Our Way 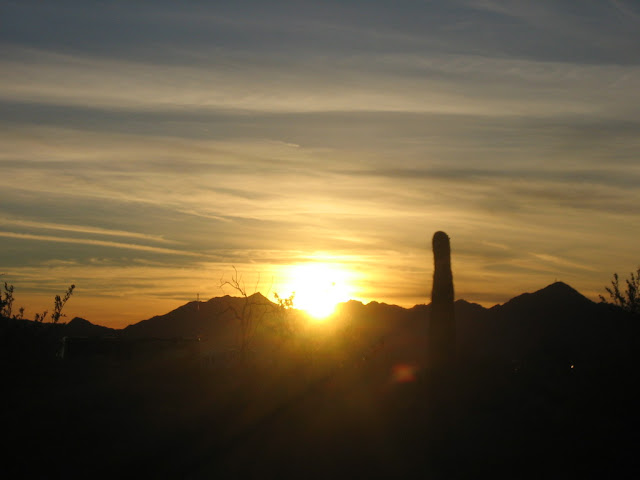 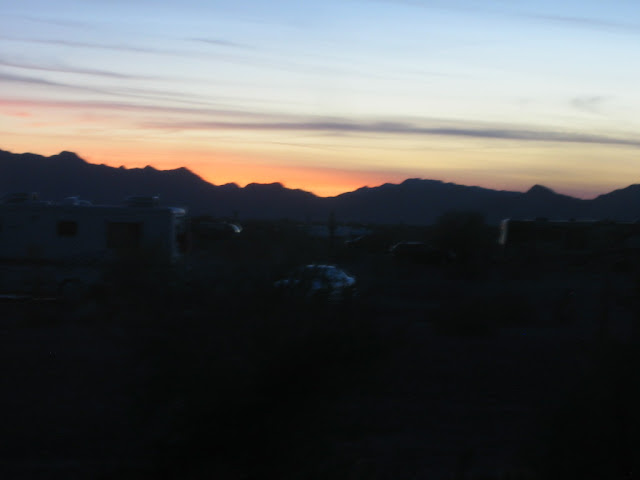 Thank you for stopping by. Feel free to drop me a comment!
Posted by Patsy Irene (Chillin' with Patsy) at 6:59 PM