Time to Spin our Wheels, Follow the Leader, Quartzsite

On Sunday, Jan. 7th Bill and I were both up soon after 6:30. It was another nice night for sleeping, only dropping to 55F. I didn’t bundle quite as much when I headed out for my walk. I was hoping to locate where Gayle and John found a site yesterday. I walked back ¾ of a mile which seemed to be almost to the end, but couldn’t find them before I turned around.
I could be blind but they sure weren’t close to the road if I walked by them. Obviously, I didn’t go far enough. Oh well, we said our goodbyes last night. Back at home I made my tea and joined Bill. We were pretty much ready but I wanted to have a shower before we left. George and Bill decided on 8:45 departure so I was a bit rushed but not too bad.

We had cereal and both of our units were pulling out at 8:45. We’re that good! 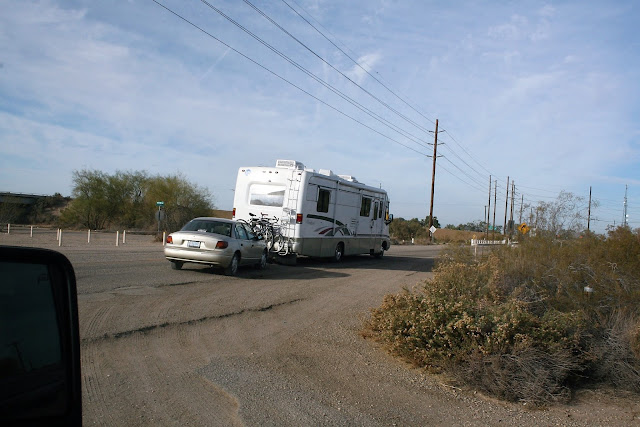 We followed George as he knew of a different way to get us onto I-10. He took us onto S33 which wasn’t going to rate very high in Bill’s Road Ratings but doable and in half hour, we turned east onto CA-78. 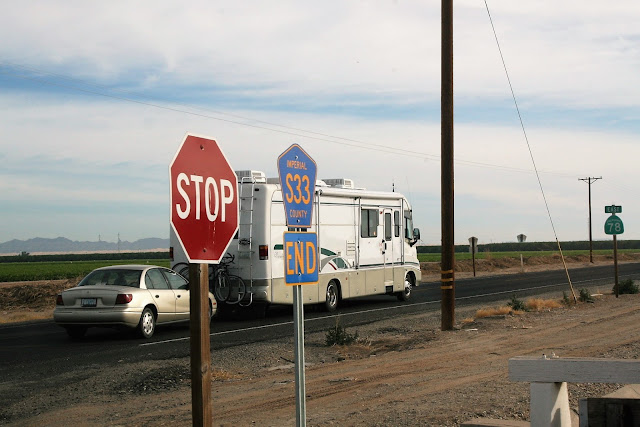 Much nicer two-lane highway and the closer we got to Blythe, we experienced the Dips. Up and down, and repeat but they don’t bother us. Makes me think of us in the back seat as kids, “go faster, Daddy!” 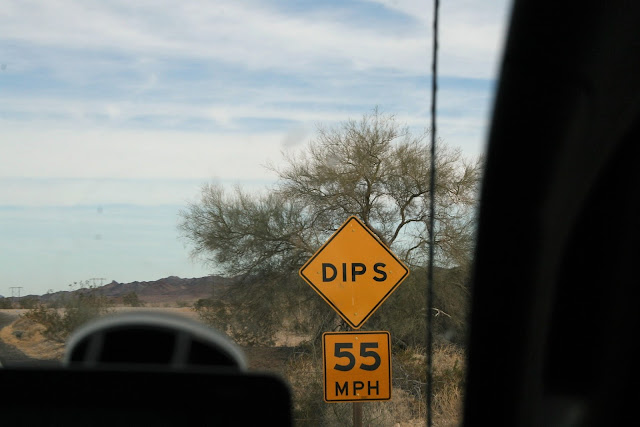 The temperature is 65F at 9:15 and we are seeing some scattered clouds today. Our panels are working well, I’m sure, soaking up available sun.

We came through the other side of the Imperial Dunes and it gave us another insight into how popular this area is for rv’ers with their toys. This highway is not crazy busy but what traffic we encountered, was mostly those who wanted to ‘play and stay’ in the dunes. 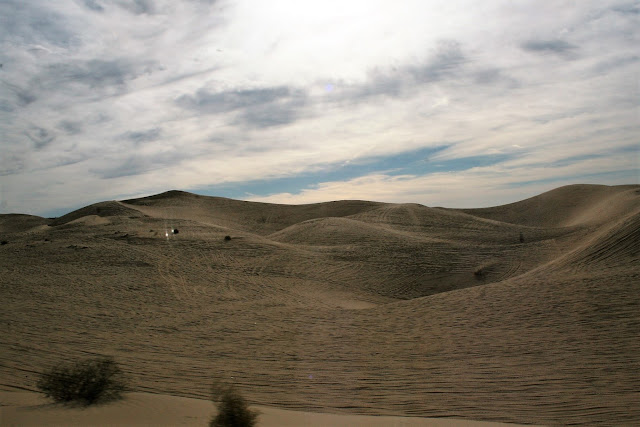 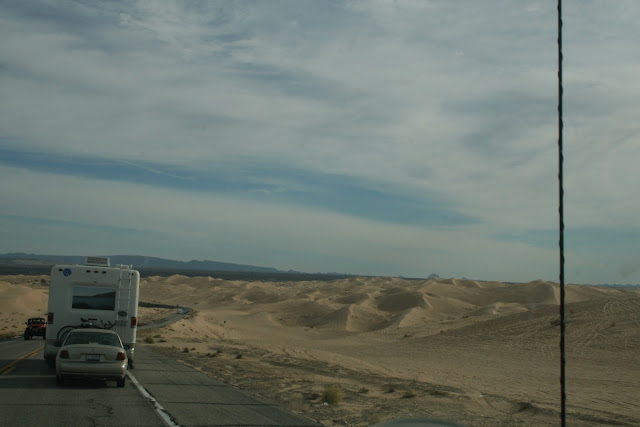 This is a nice drive and we would take it again another time. We pulled off at a rest area with washrooms at 10:15 so we used the facilities and stretched our legs. We walked down along the riverside where there were a couple of campers. With no Camp Host we’re not sure if it is a Free area again. George said they stopped there for a couple of nights one year when it was a fee area. 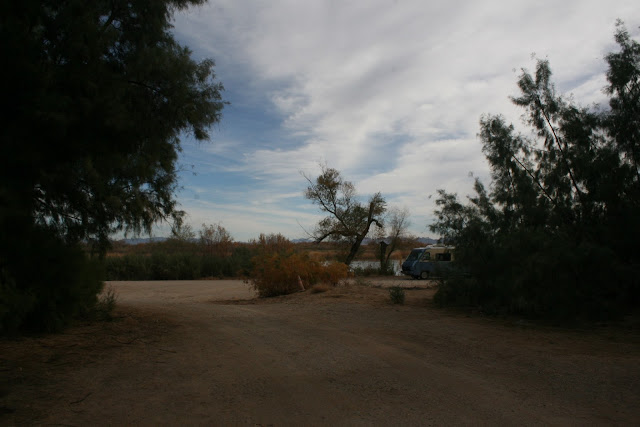 When he told me the name of these trees, Salt Cedar, I had to take a picture of their expanse. Interesting how ‘salty’ they really are. I’d never heard of them before. We were soon back on the road following George. Along the highway it is easy to see that this area is popular for growing cotton. Although it has all been harvested, there are covered bales for quite a stretch along the highway. 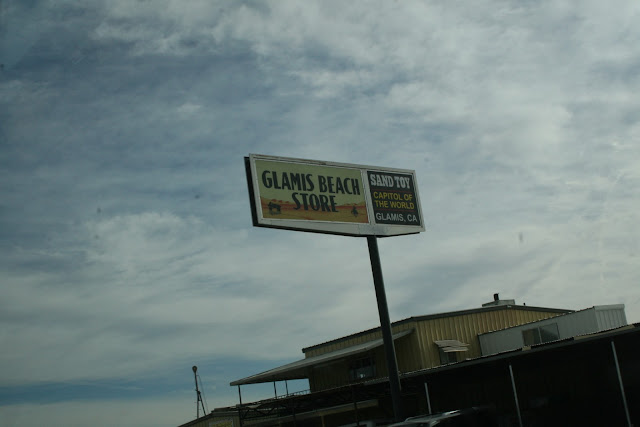 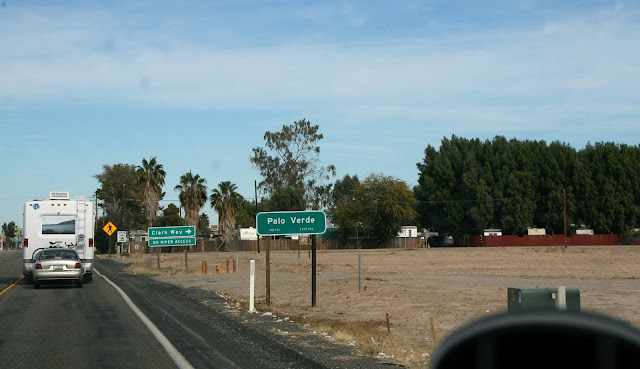 We drove through places we’ve never been through before, like Glanis, Palo Verde and Ripley and that is always interesting. I love seeing the small blurbs, how people live and it continues to make me feel our own blessings over and over.
People are making do with what they have and in many cases, very, very little and that is quite humbling. 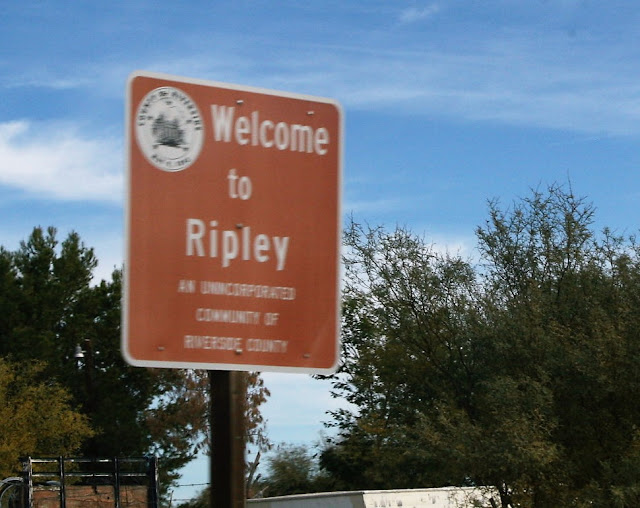 Turning onto the I-10 we noticed a bit of an increase in regular traffic and I started to notice the mountains and stately Saguaro cacti dotting the cliffsides. 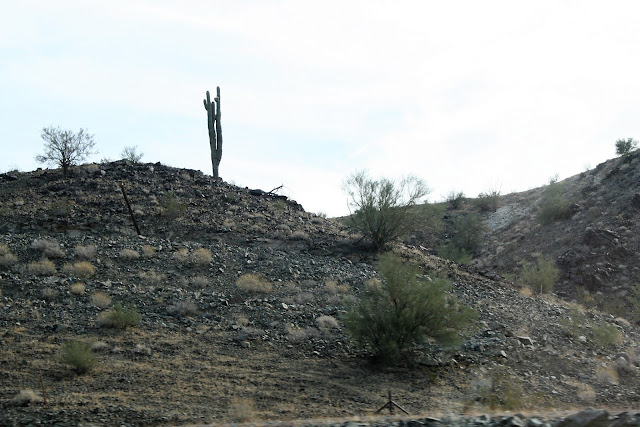 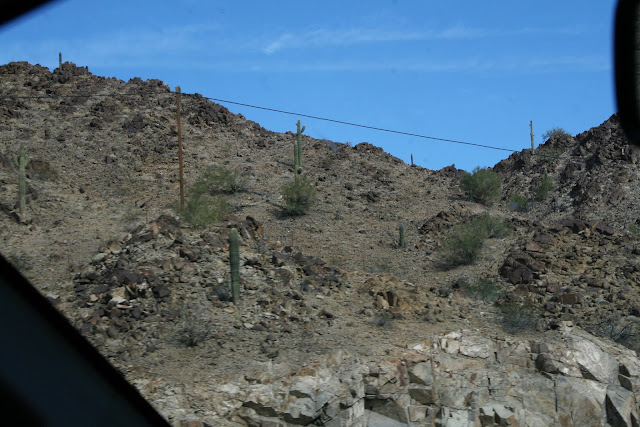 Here I go again getting melancholy because this again feels like coming home. Bill and I love the Q even though we have been in some beautiful RV parks, this is a place where we can settle for a little while.

Soon passing by Dome Rock Rd. a free camp area, we could see Quartzsite ahead of us. We have a few exciting things happening while we are here and look forward to each one over the next few weeks.

We pulled off I-10 at Exit 17 and saw the Love’s Truck Stop that we’ve landmarked for some friends and came to a dead stop in the heart of Quartzsite. Only for a few short minutes though and we were skimming through looking at some very busy vendors. 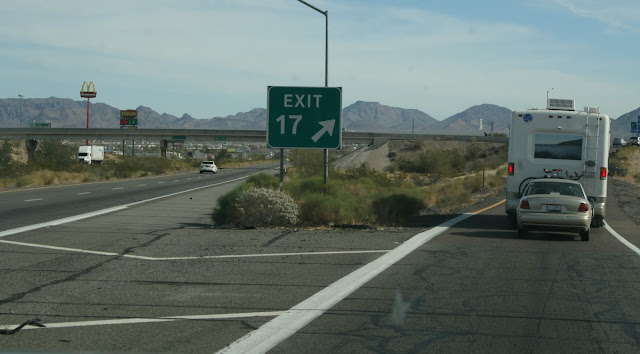 We turned right onto I-95S towards the LTVA’s and soon noticed that even the Big Tent is all set up ready for vendors. First on the list, it was nice to see that at La Posa South, the only LTVA with dump stations, there were only 3 in the lineup to dump at 12:30 so we took advantage and topped up our water tank at the same time.

We were set up on a nice site by 2 o’clock with the exception of Bill tilting our solar panels. The sun peeks through periodically so we are happy that we were charged up pretty good. We didn’t watch television for the 4 nights we were at the Hot Springs but we will be here so I helped Bill lift the generator down from the back of Black Beauty.

Now the generator is set up, secured and ready to go for Madame Secretary and the Golden Globes if we choose to watch tonight. I had a headache, I think because our lunch was delayed, so Clemson and I went up for a snooze while Bill put our flag up and caught up on some reading. 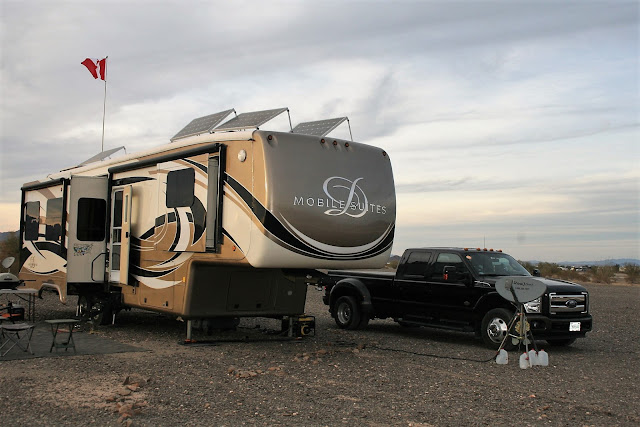 We both had to start into new books today after finishing our other ones yesterday. I’ve chosen a switch up again and will check out another Jack Reacher story this time. Lee Child writes a good book too.

Bill is stuck on Alex Cross right now so between us, we are bouncing back and forth between authors. I’ve decided on a simple but hearty supper with mini sausages and corn grilled on the Weber and potatoes and broccoli cooked inside. After my nap, Clemson and I joined Bill, Suzie and George for a brief Happy Hour As soon as the sun disappeared behind the clouds, the temperature dropped by at least 5 noticeable degrees and we came home. 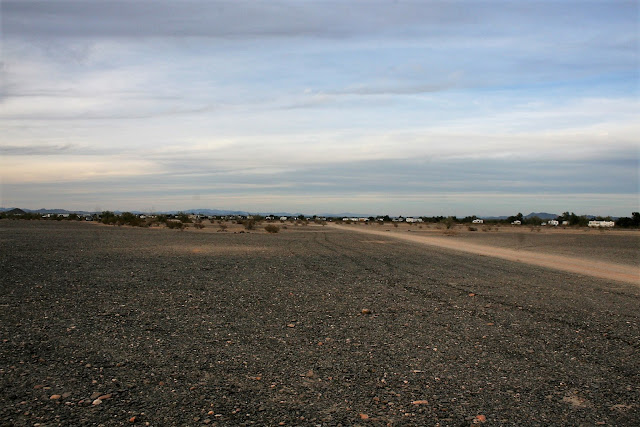 Neither of us was hungry enough to start it until 5:30 so, and because of a late lunch, it meant a later supper. Bill settled with his book for a while and I caught up on my post. Soon enough, we were both ready to eat by 6:15 and cleaned up by 6:30. Supper was great! I mashed the skin on potatoes with butter and cream making them wonderfully creamy. It felt like comfort food. 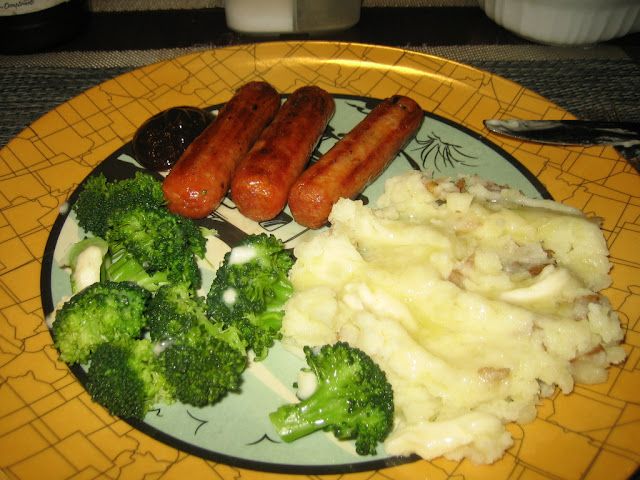 Bill ran the generator for a while tonight so we had the option of watching our programs. We are far enough away from anyone that the noise didn’t bother Bill. I understand where he is coming from when he worries about it, but at the same time, we are all doing the same thing out here. This has been a good day, getting up early and moving the wheels further east. We are expecting a couple of cloudy days and maybe rain on Tuesday. That wouldn’t be a bad thing, they need rain here.

I hope you have had a wonderful day and I want to thank you for stopping by. If you wish to leave a comment, please know that I read them all and will respond.
Posted by Patsy Irene (Chillin' with Patsy) at 8:20 PM