When I woke up on Tuesday, Jan. 16th it was 7 am and even though I knew Clemson already had Bill up 30 minutes sooner, when he jumped off the bed I tended to him. We forget that he is as old as he is so when things hit him, they hit him fast. I used the facilities myself before getting dressed when I realized he was standing at the door to go out again. 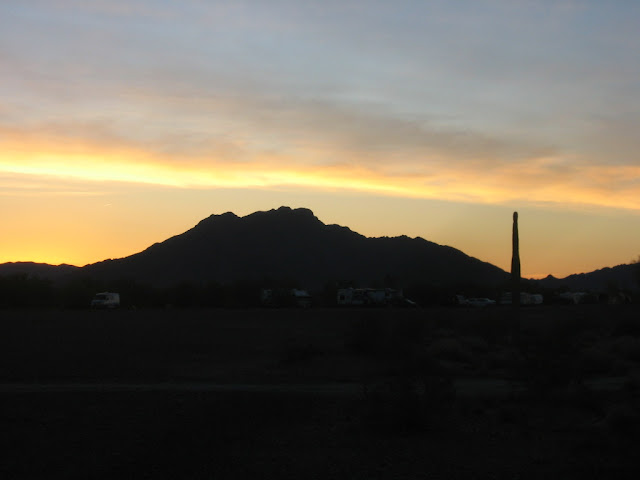 Darn, I wasn’t quick enough, he had already had an accident on the living room floor. We never get mad, chocking it up to experience and remembering the little guy, even though we think of him as our baby, is 13 ½ years old. We have been so lucky with his health and if we have to clean up a few messes for the rest of his life, so be it.

Bill wanted to go into town early this morning for some wiring so after our first hot brew, he kissed me goodbye and drove off. I’d asked if he would check out the line up at the Post Office and possibly pick up some International stamps for me. After he left, I donned runners and my wind breaker over a hoodie. I had our PowerShot camera, my phone, a bottle of water and a bag of books and 4 good quality plastic champagne/wine glasses.
I was on a mission to the front check-in office with donations for the Free section. I like Free especially if it is something we need and I wanted to offer the same to others. It is a long walk, at least 2 miles up there but a beautiful morning. My walking yesterday was next to nil, just under 2 miles so I had to make up for that. That is what happens when life gets in the way!

I was almost to the gate, just at the Blue Boy dump station I mentioned the other day, when I recognized Black Beauty way up there in the parking lot. I know Bill wanted to double-check when we had to buy our next 2-week pass, either today or tomorrow. He asked if I wanted a ride back when I finished but I didn’t. I did, however, take my hoodie off and toss it in the truck. I knew I wouldn’t need it on the walk back. 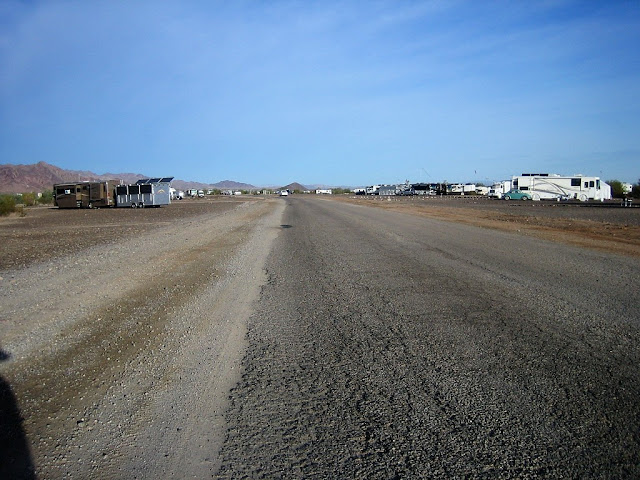 I was ever so pleased to find exactly what I needed in the Free box. A hummingbird feeder! I think it was at Pilot Knob that the suction hook finally let go (after being adhered since last winter!) and my feeder dropped and broke. It was full of liquid at the time, of course. Anyway, if this one, that looks pretty new, will work without leaking, it has just found a new home.

There were books inside, which I’d forgotten about, so left 3 of mine on the shelf and brought a Lee Child, James Patterson and a C. J. Box back with me. The other 3 I left on the Free table.

I walked back leisurely and on my walk, I called Mom. Sometimes, you know, all you need to do is talk to your Mom. Not that I needed spirits lifted, but with our Mom, you just never know what kind of conversation it will be. Today, other than a couple or three repetitive questions “how long have you been there? When will you be home?” I’d never know she had dementia. God love her, she sounded wonderful!

Back home, Bill was working away with the wiring for the macerater at the back of the truck and his first statement was “look where your dog is”. I didn’t have to think for long and turned my head to find the little traitor over sitting on Suzie’s lap. Ha ha, actually, it is very cute that when he sees her out there, he wants to trot over and visit. Just like back at home on The Ridge when they stayed with us. He bee-lined first thing if she was outside reading.

I came in and made us breakfast of fried egg and bacon sandwiches. Bill had his on toast, grilled on the burner, and I had mine on warmed wraps. Hmm, very good and easy! 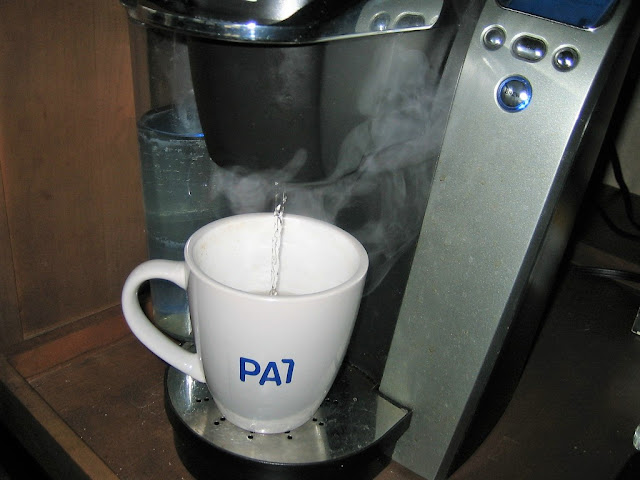 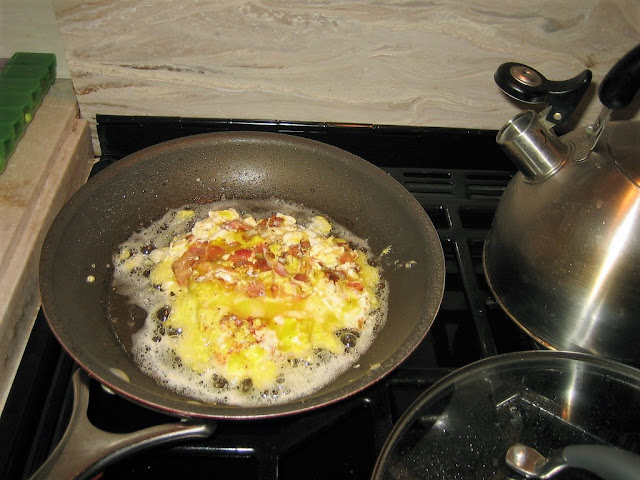 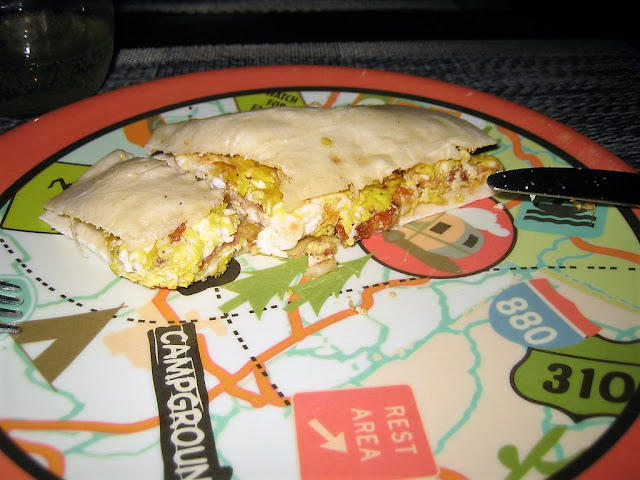 We discussed where Brenda and Randy, our expected visitors would be at a certain time. They were flying out of London on a connecting flight to Calgary and landing in Las Vegas so we were keeping tabs on their air time. I hope it is a good flight and we’ll see them later this afternoon/early evening.

Bill finished cleaning up outside while I cleaned up the dishes inside. He came in and had his shower while I dusted, washed and cleaned the Suite. It is nice to have company as I tend to use that extra little bit of elbow grease before they arrive. Our home is always clean and I keep up with the dusting as much as is necessary but I put more ‘care’ into it this morning is all.

With everything smelling fresh and clean and a candle burning for a nice scent, I jotted this morning’s ‘stuff’ on my post and then it was my turn for a shower. That felt good to get my hair washed even though it has only been a couple of days. All fresh and clean! I moved outside for a while but with no real sun to speak of, the clouds gave a feeling of a chill in the air. I didn’t last long, since I was sleeveless, and moved inside. 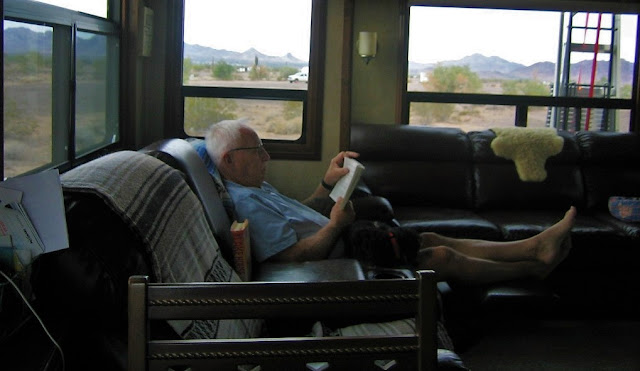 We read our books for a while and then before we knew it, it was 10 to 3. Bill fed Clemson and made my tea for me. Just before we were ready to walk over, our little guy had to go out and then needed a bit of a bum bath. Woops! Yes, that is probably too much information. (TMI) Such is our life and he just accepts it with every bit of dignity he owns. 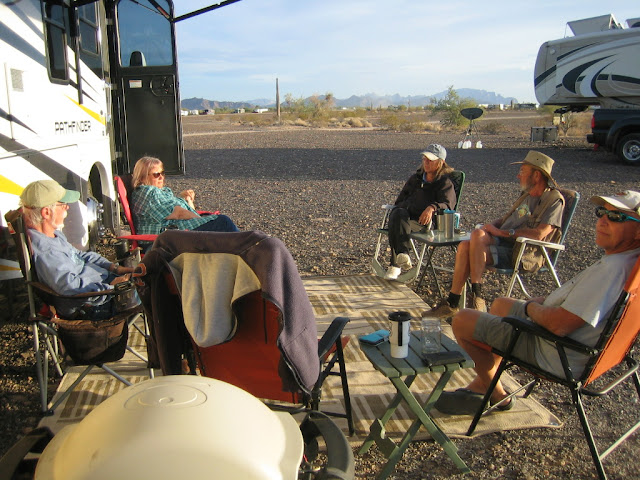 We took our chairs and drinks over to Tom and Deb’s for Happy Hour with George and Suzie. I made sure to have my phone, although I always do, so we could receive the awaited text from Brenda and Randy. We were all overjoyed when the sun made its first full appearance of the day and warmed us for the next hour or so. It was nice to see Len and Brenda pop in to share the time with us but I didn't get a picture with them!

At 5:15 we got the text we expected and headed home, dropped the chairs and took Clemson for a walk down to the corner and back. It was good for all of us and it completed 5 miles for me today. I caught up on my blog post as I would be busy in an hour with company. I quickly brushed my teeth once more and waited for the second ‘chirp’ on my phone which would be our cue to drive to Love’s just outside of Quartzsite.

I downloaded pictures from today and we left about 6:15 to meet our guests. With a stop at the line up of garbage bins to make our deposit, we were surprised that they were overflowing already after just two days! We hadn’t been parked for more than 5 minutes when Randy texted and said ‘we see you!’ It was so lovely to see our dear friends and we greeted them with the same bear hugs they returned to us.

They hadn’t eaten yet which meant we could all enjoy a ‘fast food’ feast for supper at Carl’s Jr. This was an unknown venue to them but we just needed to eat something fairly quick. The boys had the Big Carl burger and us girls had the All-Natural Burger. Yes, Suzie, made from the bottom up. 😊 While we ate we caught up a bit with each other’s lives. Randy has lived in the California, Arizona area before but Brenda was like a kid in a toy shop. I love that as I am still experiencing the same feeling.

I hopped in their rented SUV and we followed Bill back to camp. It was dark by this time so all they saw were the twinkling lights of the trailers off in the distance of the desert. I captured a great picture of exactly how they felt when they saw the multitude of stars filling the dark sky. Wow! Clemson was just waiting to see who had come to visit. 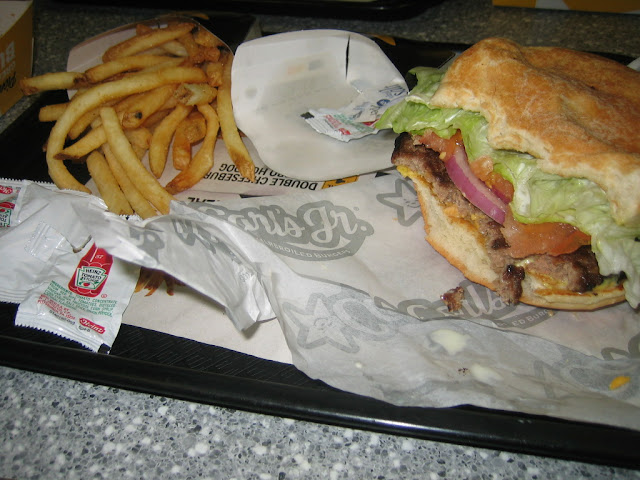 We poured some wine and chatted together for 3 or 4 hours before we realized how rude we were! These guys had been on the go since 6 am at the very least so we pulled the bed out, put the divider in place and trotted up to bed to read for a while. It’s so great they have arrived and wanted to share some of their valuable vacation time with us. It has been another wonderful day.

Thank you for stopping in. Feel free to leave a comment!

Posted by Patsy Irene (Chillin' with Patsy) at 8:03 AM