I had a strange night or rather early morning on Saturday, Jan 6th. I think up until Clemson woke us at 5 am I’d slept pretty good. After that, I couldn’t seem to drop off again and had multiple things running through my head. I refuse to get up before 6:30 on any given day, I’d rather lay in bed and settle those things that woke me. 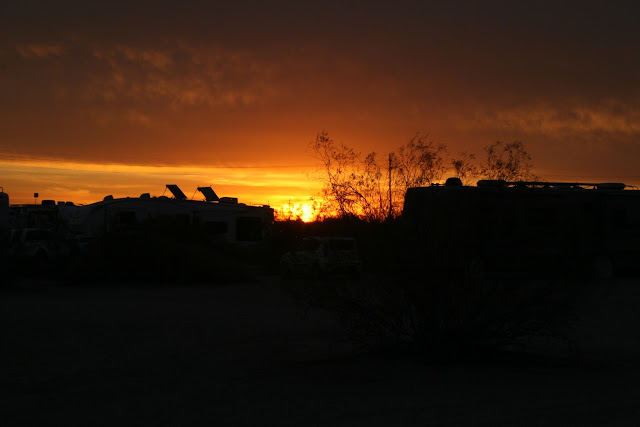 However, at 6:30, it was time and leaving the boys still sleeping, I dressed and went for a nice morning walk. There was a gorgeous attempt by Mrs. Sunshine and I captured that before she slowly got lost in the horizon of clouds. I’d read that it was to be a cloudy day so wasn’t totally surprised. Clouds, for those of us with solar panels are not our friends for obvious reasons.

I walked to the springs and then cut through the rough trail to the roadway along the canal again. Yesterday, George pointed out all of the seashells on a sandy knoll so today I took some pictures. He wondered if they would have come up from the ocean before this place was all developed. Interesting. The hill was saturated with them! 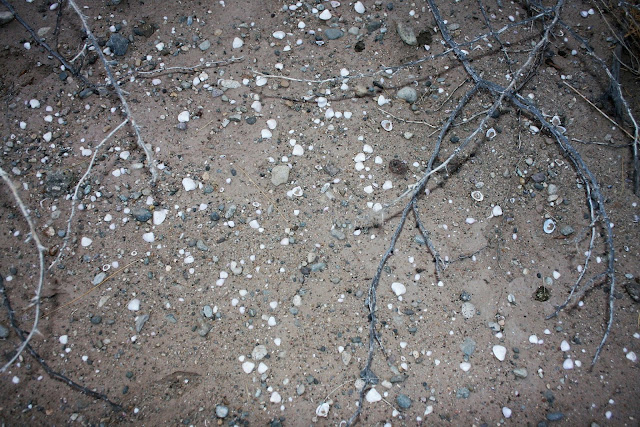 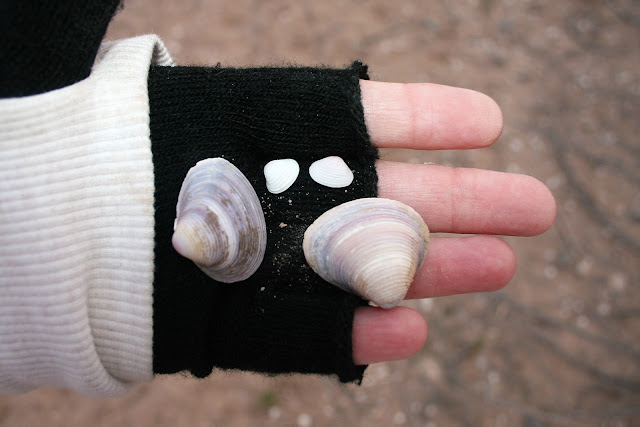 I carried on, this time taking the hard-packed dirt road instead of the pavement and if I wasn’t alone, I would have gone further. Where are you, Donna? This would be a nice fast-paced strut for you and I. 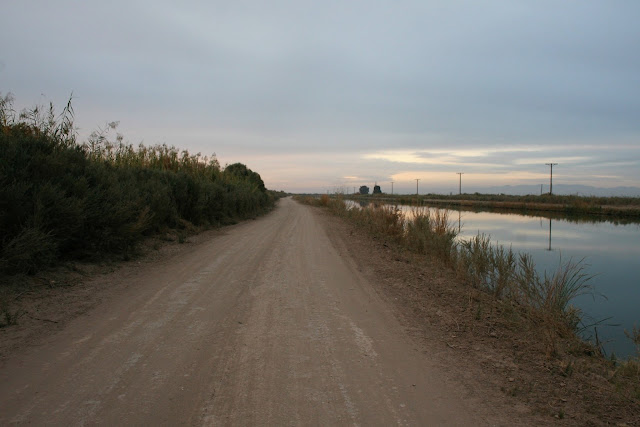 When I returned I set up my camera for one of those silly selfie poses. Me dressed in my warm hoodie while others were walking to the springs in their towels. I’m a wimp! 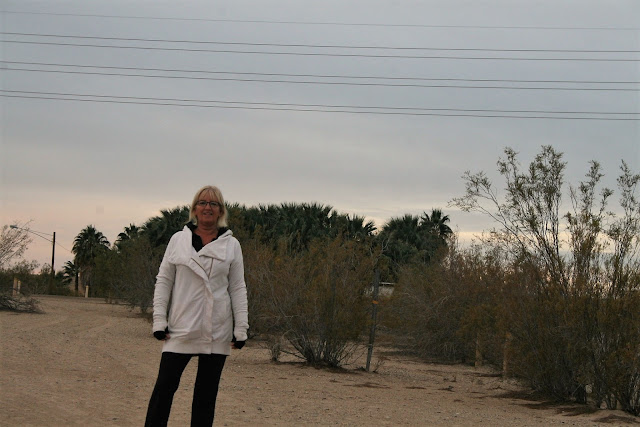 It was actually quite warm out for the early hour, 55F. When I returned I made my tea and soon after Bill was rising for his coffee. As we sat and read posts and comments from friends, we noticed that the sun was not giving up on her fight for control. That is great news for our batteries!


Bill and I had some cereal and toast and drove into Holtville before 9 to go to the bank and top up with fuel. Yes, it is California and we knew it would be a ridiculous price BUT we wanted to have a full tank before hooking up in the morning. Once in a blue moon, the only time this year we’ll do it, we don’t mind biting the bullet so never mind tsk tsking. 😊

Back at the ranch, I mean the Suite, I had a second tea, slipped into my swimsuit and began this post. I’d chatted with both sisters again and expect to see Gayle later today as they are pulling in here for the term before they head to Mexico. There aren’t any FREE areas close enough for a visit and they want to be close to the border. Too bad that we are pulling out in the morning, but a short visit will be better than nothing.

I took my book outside and read for a while until Bill was ready to accompany me to the hot springs. I don’t know why I feel an intimidation issue here, but I do and it is preventing me from going over by myself. A pool? A hot tub? No problem but this just isn’t the same. So, at 11:15 or so, Bill put his bathing shorts on too and we walked over.


There was a young couple in the small ‘tub’ and 3 other people in the large one. We had the hot shower, even that was nice! And then I went down the 6 or so steps until I touched bottom. I didn’t realize it would be so deep but that was the beauty of it. It had to be 5’ in depth, up to our chins when standing flat footed and yes it was HOT! Beautiful! 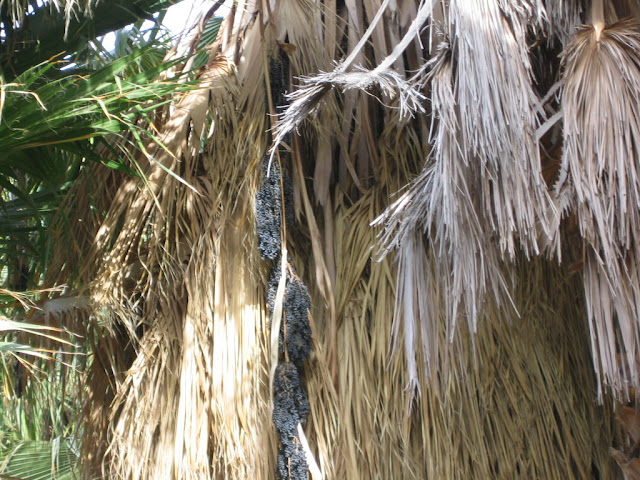 We stayed in it for 15 minutes and chatted a bit with others before we had to get out. We sat on the cement pillars to cool down in the nice breeze before getting semi-dried off and walking back to the Suite. I’m so glad we went and now that I’ve done it once, I wish I’d done it sooner. I’m at ease with it now and wouldn’t be chicken to go back on my own. I know, it’s silly.

We changed and hung our wet things outside wherever we could find a spot before settling with our books again. Bill and I are hoping this was what he needed to sweat the remains of the cold out of him. It is the full headachy feeling that seems to linger and a bit of a cough. Oh well, we’re getting there!
While we were sitting outside at 1:30 reading our books I caught sight of a big rv coming in around the corner. When I looked, it was Gayle and John with their Montana. Yay! I was happy to see my big sister again even though it would be a short visit. We chatted for a while and half an hour later they moved on to a site back further.

It was about 2:30 when I got a ping from our friend, Lori. She wondered if we get together for one last visit before we went our separate ways tomorrow. We wouldn’t see them again until the fall and that makes me sad. We invited her and Roland over and it was a great visit. About an hour and a half later we said ‘goodbye for now’ and they walked home with that adorable little Shatzi.

She can be just like our Clemson can be. Adorable, so cute that you just want to hold them but still in full control of who they let pick them up. So, I admired her from a distance.

At 4 o’clock, Gayle and I decided to share supper together so they brought their steak and veggies over to barbecue with our ‘poor man’s steak’ (burgers). The guys did the outside cooking and us gals worked inside. It was a nice meal but the best part was the chatter and family comradery. Lots of stories back and forth of our ‘troubles’ on the trip down and excitement about what adventures were yet to come.
The guys did the dishes while Gayle and I sat and finished our wine. Darn!! No picture!! That is how much I was enjoying the evening. Some things just take priority and visiting with family was it for us tonight. They left in their truck around 7 to go back to their site. They are staying for 4 nights here at Hot Springs. Bill and I finished packing up the chairs, tables, barbecue and patio mat before coming inside for the night.
The temperature is still sitting at 69F outside and a warm 78F inside. We won’t be needing our heater tonight again. I feel relief at seeing my sister and brother-in-law. Their spirits remain un-dampened even though this was their worst trip in 4 (?) years coming down. I like that. This has been a great day for our last one here at this LTVA. I hope yours has been just as enjoyable.

Thank you for stopping in. I love reading your comments!
Posted by Patsy Irene (Chillin' with Patsy) at 10:05 PM