It was 6 am on Sunday, Jan. 14th when Clemson had to go out so Bill got up with him, turned the Blue Flame on and then returned. At 6:30 it was my turn for a nature call and I crawled back into bed too. At 7, I realized that I wasn’t going back to sleep so got up, turned the hot water heater on and read blogs and comments for 20 minutes.


By that time, the water was hot and I hopped in the shower. Hopped. Hmm, not sure why I always say that because the last thing we do is ‘hop’. Anyway, I left the bathroom door open to the hallway so Bill would remain in the dark, in bed, and the heat from downstairs would seep up to where I needed it. It worked well, by the time I wiped the walls and doors down and stepped out, I was warmed up enough.

We had a mission this morning so without stopping to make tea and coffee, we brushed our teeth with our new-fangled brushes and loaded the dirty clothes into the truck. Arriving at 8 am found lots of vehicles in the lot of the Laundromat/Restaurant but we had lots of washers and dryers to choose from. We only needed two. Bill helped load the soap and clothes in before leaving me with my book.

He had better luck this morning, once K & B and Burly’s Tools opened to the public, than we did yesterday. 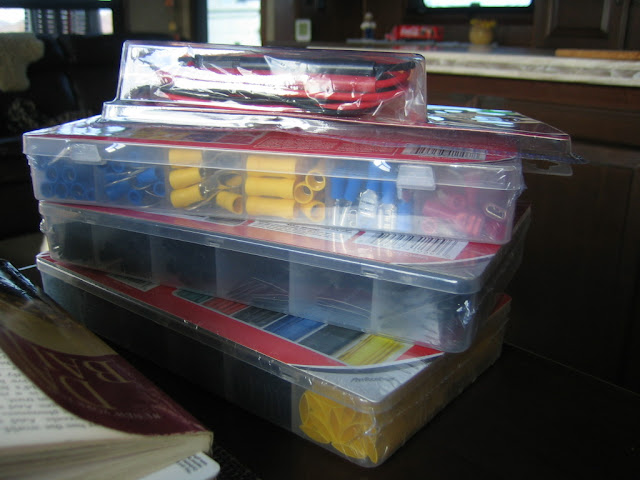 First off and most importantly it wasn’t so crowded and he was able to find a decent spot to park without walking ½ mile. He met me back shortly after I’d transferred from washers to dryers so we had about 15 minutes to wait before everything was dried.

I went to the restaurant while Bill loaded Black Beauty and we were soon sharing a table with a young man I’ll refer to as Big Mike. He was alone, his dining partner was his cell phone, but it meant we would all eat sooner by sharing. No worries, not a peep out of him until he finished ahead of us and thanked us for allowing him to sit at our table.


We drove home and noticed by that time, 10:30 the downtown was a-bustling again. The clouds had moved in to cover the sky but at least they were wispy and allowed the sun to heat up. I’m glad I was up at 7 as I was able to capture some of the panoramic sky to the east as the sun made her appearance. 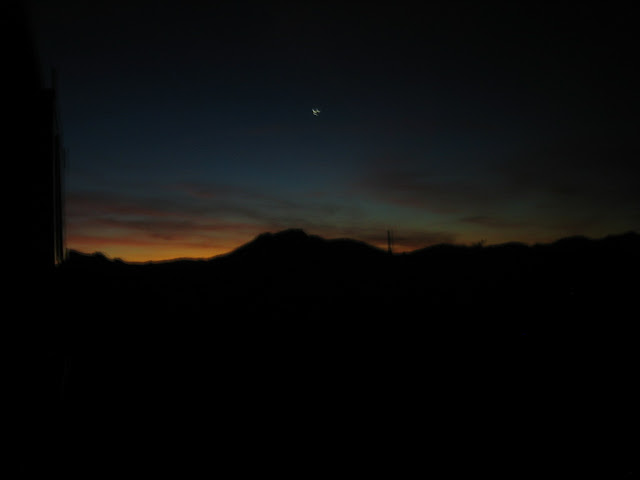 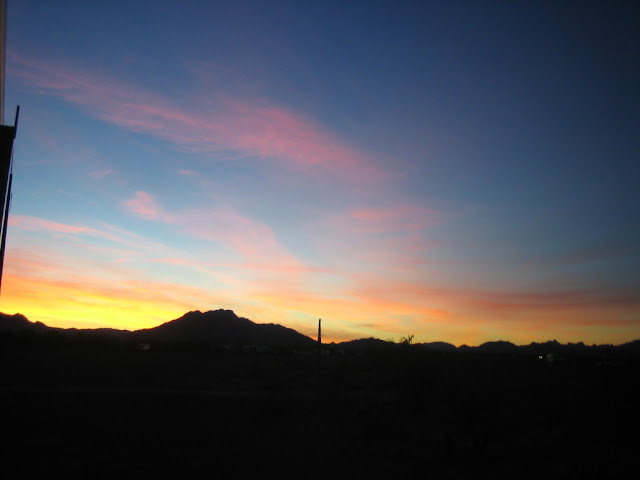 We put our clothes away, taking turns in the closet and Bill opened the packages that he found today. A man with his tools, toys and little cases of ‘things’ is a happy man. That makes me, also, a happy woman as I know it means he has what he needs to fix things around the place.

I missed my walk this morning, but Bill got some of his at the shops. He walks fast and covers a lot of ground so I need to get moving. I put my runners on and headed down the roadway to see what I could find. I took the time again, to clean my camera lens, to try and get what I missed the other day so took my Canon for a test run. I’m not counting on success with that, but don’t want to put it away until I know for sure.

While I was gone, Bill took the water bladder up to the water taps for filling. He had it back at the Suite and emptying water into our tank before I even returned. He said there was no one there so it was quick. He had 45 gallons of fresh potable water but we didn’t need it all. We weren’t desperate for water at all, but because we have friends coming to stay with us on Tuesday for a few days, we wanted things topped up and other things empty.

We sat and read for a while and around 2:00 it was my turn to retire inside for a nap. Well, that didn’t quite work, too many outside noises, not to mention any names!

Anyway, I rested and after Bill and Clemson joined me (and managed to drop off pretty quickly) I got up and went back out with my book. 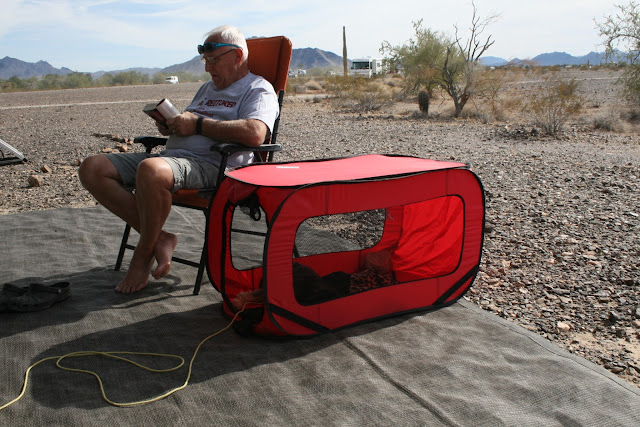 At 3 o’clock, or soon after, we took our chairs, a tea for me, a Coke for Bill, Clemson and a table over to George and Suzie’s site. Their turn to host and soon enough Tom and Deb joined us. It was a nice surprise to see Nancy Kissack from Kissack Adventures drive up and also join us for Happy Hour. None of us had met before but again through blogspot and our blogs, we felt we were familiar with each other.
It was a very nice time and Happy Hour turned into one of those 2 ½ hour Happy Times. Saying goodbye until we meet again, we exchanged info about our blogs and went on our way. I took Clemson for our late afternoon run down to the corner and back but still didn’t add much to my step total for the W.W. challenge.

Bill lit the barbecue and began grilling our pork chops and his corn. I steamed asparagus and made a salad for Bill inside. Mine was a large butt chop and I knew I wouldn’t need anything else on my plate. As it was, he had to help me finish it! 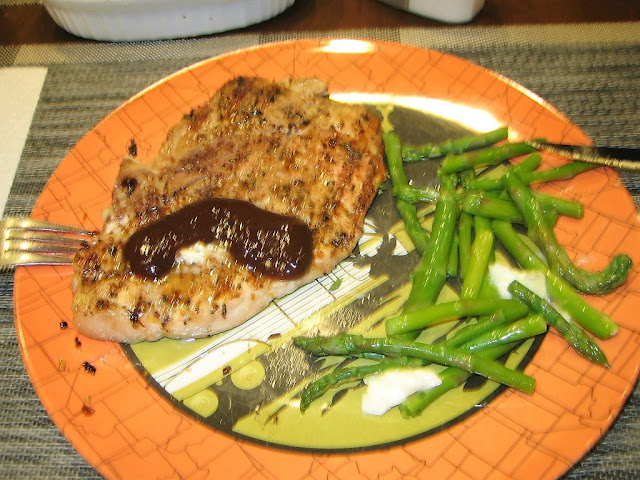 We cleaned up dishes and now the only decision to make is what pictures I want to download into my blog and what kind of pie we’ll have for dessert. Nice to have choices in life. Warning! Sunset overload. 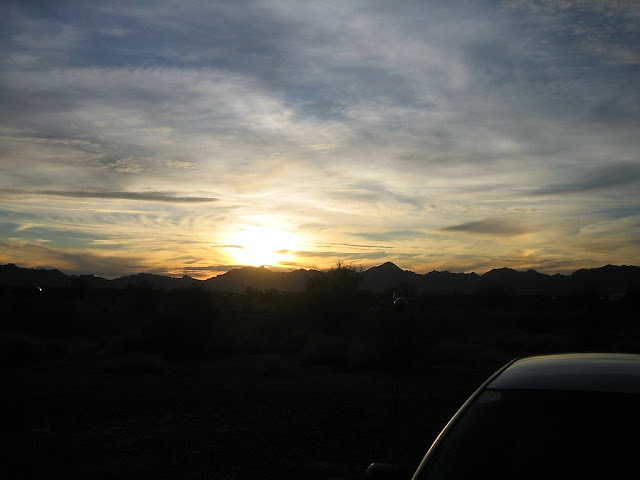 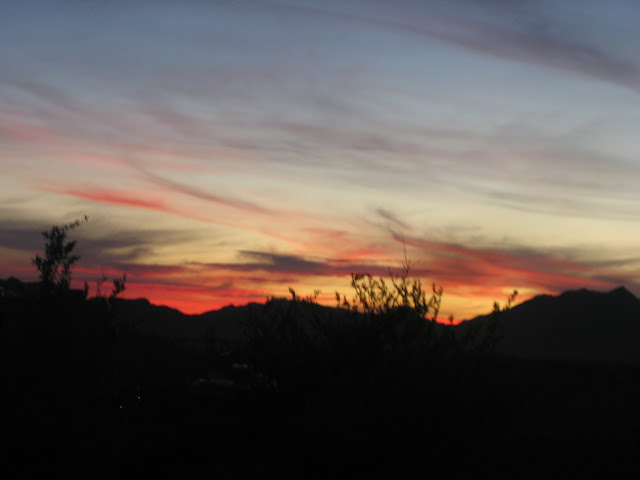 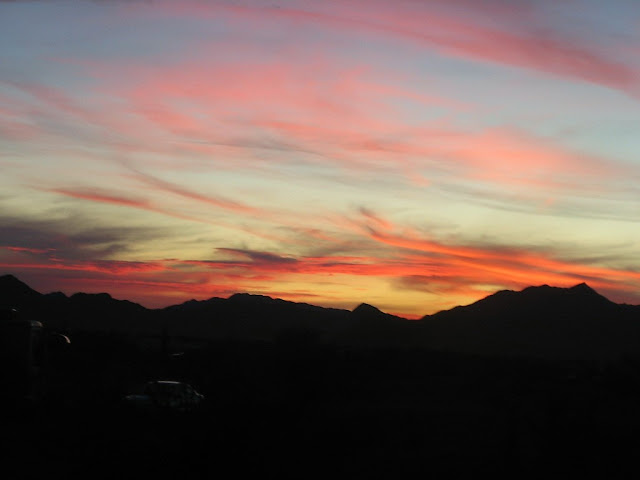 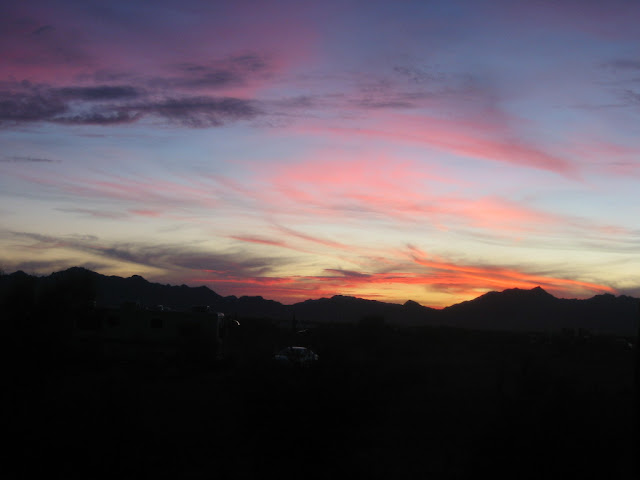 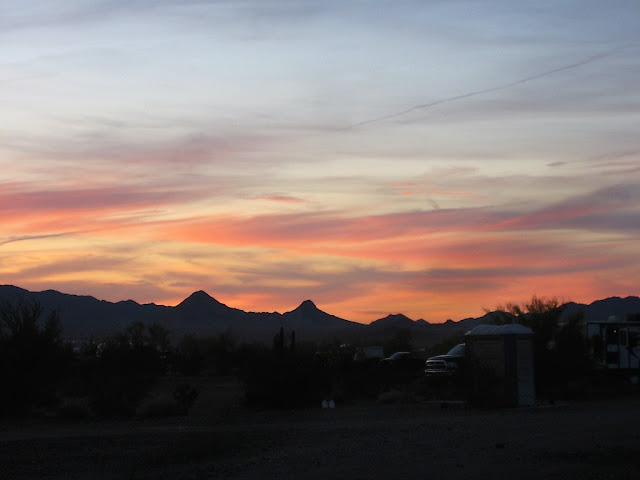 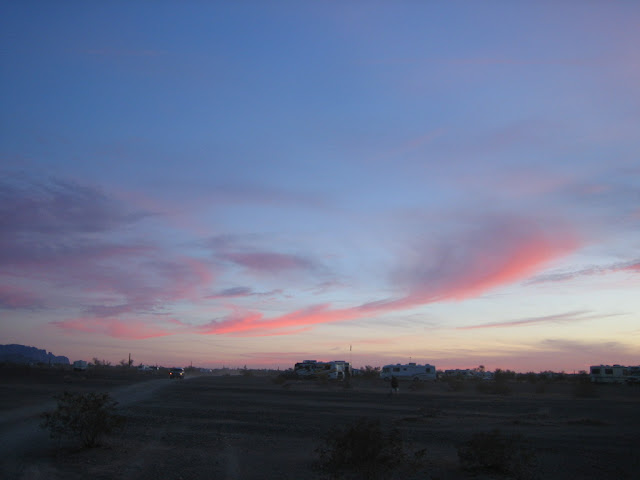 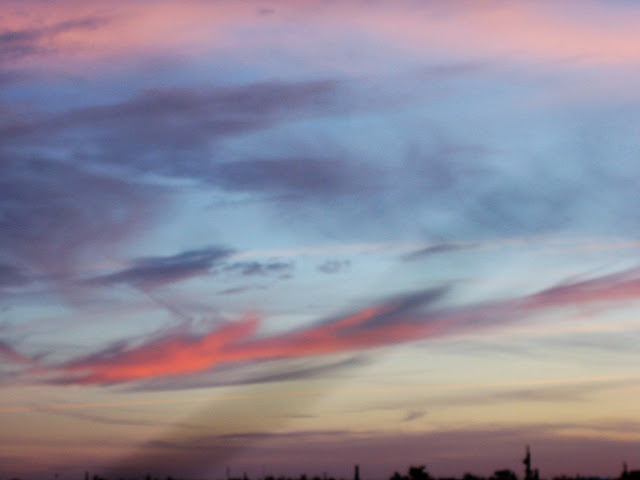 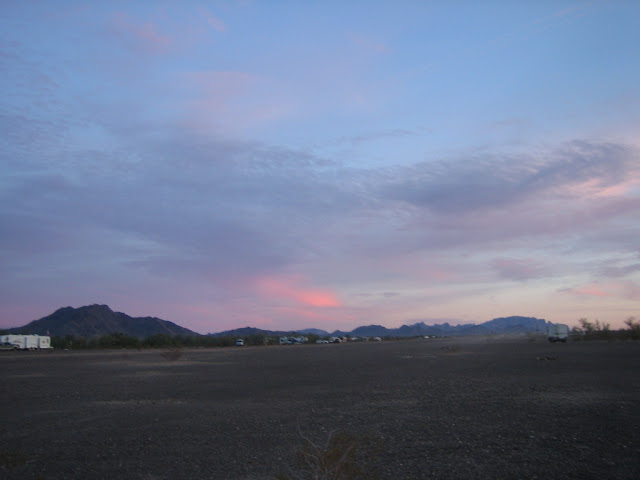 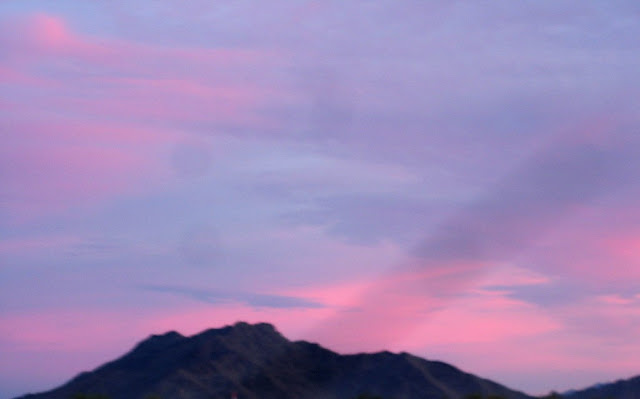 This has been a good day with a little bit of everything. I hope you have enjoyed yours too!

Thank you for reading. I love hearing from you if you wish to drop a comment.
Posted by Patsy Irene (Chillin' with Patsy) at 8:55 PM