Lake Havasu City, AZ
The winds were still gusting when we woke up on Tuesday, Mar. 3rd.  However, it didn’t get as cool overnight as we thought it was going to. Bill said it was 57F when he got up this morning around 6. I didn’t follow until after 6:30. I waited for a while, thinking I’d go for my walk but I guess this is my lazy morning. I’ll go later. So, instead, I made my tea and caught up on what our blogger friends are doing.

My fingernails seem to grow really fast down here, that might be in my head, but I guess without gardening and stuff, they would. So, I rooted around in the bathroom drawers until I found a small pair of clippers and looked after those before they start breaking. Bob popped over to let us know that they were driving up to Oatman, since they aren’t heading that way after leaving here. They invited us along but we declined since we've been there a few times and we’ll be there next week.

They will enjoy the trip and it is something where Higgins gets to go along. It is a special day for him! The little sweetheart is 2 today! Happy Birthday, Higgy! Don’t be chasing those burros now. We advised him of our plans to go to Havasu Landing on Thursday with the other 3 then I made myself a coffee. It was around 11 when I mixed up a batch of pancakes and took mini sausage out of the freezer. That got a smile from Bill, as he was hoping we'd be having them soon.

I probably ate too much but it will sustain me until supper. We talked between us about next years plans and hopes after texting back and forth with our buddies back home. Not that any decisions are being made but we enjoy discussing the options, knowing that this summer will determine what we end up doing. After dishes, I said to Bill that I needed to get out for my walk. It was a beautiful day, however windy, and I wanted to expel some energy aka pancakes. Ha!

It was a wild walk and my hair was in my face often but it was warm and pleasant all the same. I didn’t go far but checked out the laundry room to discover that they do have a change machine. As I walked further along London Bridge Road, I spotted a coin shining on the pavement. The funny thing is that it was a Canadian quarter so a small possibility that someone above is thinking of me. I’d received a text from Pat back home so turned and walked home to read it with Bill.

I moved outside after changing into my shorts. Trying to be sheltered from the wind was a joke but I wanted to be out of doors so persisted. It was hot in the sun and when I checked it was 70F/22C. I’d stuck my foot in the pool today and I knew it would be nice on a less windy day. Both pools are heated although the east one has a hot tub as well where this one doesn’t. Back at home, as I was reading my book, I recalled having read it before.

Inside, I checked my Book List and sure enough Bill and I had finished it last year. Duh! I decided to move on to a John Grisham book called The Whistler. The winds picked up later in the afternoon so after I went for a walk to the rec hall to drop off some books, I moved inside to the couch. Stretching out with the window open above my head, I got lost in this new book, newer author. I have only read a couple of Grisham books and was intrigued instantly with this one. 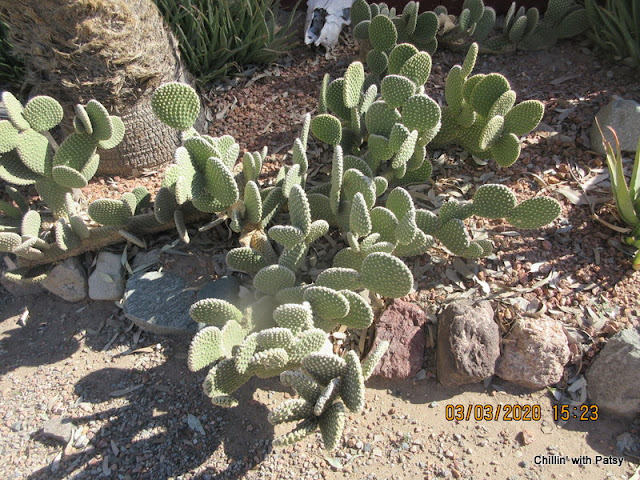 I know there was a doze involved there on the couch while Bill was punching out another blog post. He was on fire today! You can check them out at On Our Way if interested. We watched a couple of old episodes of NCIS and at 6 I warmed up the leftover lasagna and garlic sticks for our supper. We had the last of the chocolate pudding with whipping cream to top it off. Cleaning things out of the fridge at the same time. 😊

After dishes, I worked on my blog and we watched some tv together. I didn’t get much exercise today but I truly enjoyed the relaxing time around home. I hope you had a good day too.