It was 4:40 when I first opened my peepers enough to see the clock on Friday, Aug. 16th. Ah good, was my thought and I rolled over for a couple more hours’ sleep. Then an hour later, I was awake again for good. No worries, I snuggled up against my sweetie and we dozed until it was time for me to get up at 6:30. Because I still couldn’t get in the back door of the Mat, I needed to wait until 7 to arrive there.

Bill began to make his coffee and then he brought Ptooties over for me. I took the sheets and towels with me and as I pulled in, Jamie pulled in right in front of me. Each day the improvements on the Laundromat are significant. He thinks they’ll be finished today. I helped him move stuff out of the Lock Up and then I was able to get at my cleaning supplies. He puttered around, cleaning the bulletin board and rearranging the siding materials while I went to work.

When I finished up by damp mopping the floors, I texted Bill that I was on my way. From helping Jamie, I was later than usual and Bill was waiting for the car. Today, he was going to the Saugeen Flying Club with his planes. No, not his big one, but he took the cargo trailer which gave him a few options. He left shortly after I got home and I made my tea. One day, I’ll surprise Jamie and say ‘yes’ to his offer of something from Timmy’s. I do love their steeped tea with double cream.

Upstairs I went and pulled out the ‘definites’ from my ‘Cancun’ cupboard. I’ve had a couple of readers (ladies) asking about my dress choices/purchases so I took some pictures. After rolling them up nice and small (for packing) I got cleaned up and ready to go and see Mom. Black Beauty was waiting for me down at the end of the corral hill and off we went around 11. I drove by the Laundromat on the way there to see the progress and they were working away on the front facia. 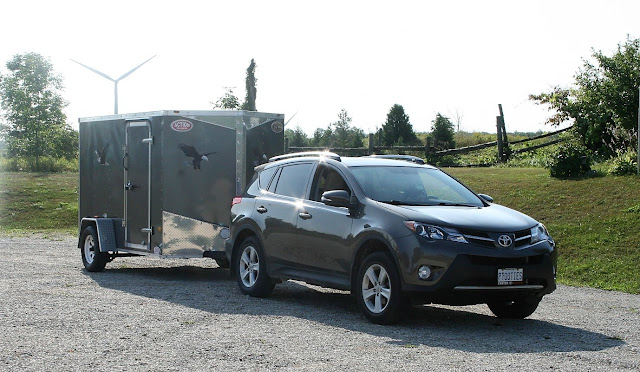 Arriving on the 3rd floor of Rockwood, Mom was walking down the hall, reading the names beside each doorway. I stopped until she looked my way. What a great relief and surprise when she smiled at me and said “What are you doing here?” Her arms spread and she welcomed me. I knew that she knew I was one of hers from the ensuing conversations that followed. 😊

We had a nice visit in her room. I took her down to her lunch table and even though I checked back often as I walked away, she was engrossed in conversation with her table mate. It doesn’t matter that her table mate doesn’t communicate well or often. I drove back through town again and by this time the Laundromat crew was packing up. I gave Jamie a toot and the thumbs up. It looks great! Pictures tomorrow or next time I’m in town. I scooted home and had beat Bill home. That meant he was enjoying himself at the flying field. Another 😊.

I backed B.B. into her spot, as Bill has been doing and was quite pleased with my final effort. I hadn’t eaten anything so had a piece of zucchini bread with butter. Just a small one but a very tasty one. I’m so happy it turned out! Then I remembered that I had cut up the last of the peaches the other day so I blended some with yogourt and cream in my Magic Bullet. Yummy, what a lovely little smoothie that made! 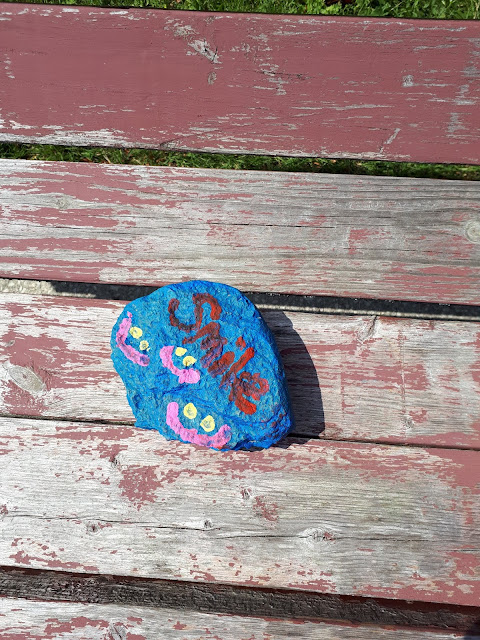 Bill texted about 10 minutes later to say he was on his way home. I watched him pull in and then back the cargo trailer up under the cover-less shelter down by the Hangar. This was such a good idea, moving it down there. Last night I tore out my blanket and today found a pattern for a ‘holey’ beginner’s blanket. I need to give it a shot. So, I pulled up the instructions on my phone and watched a wee bit of the YouTube video to get started. 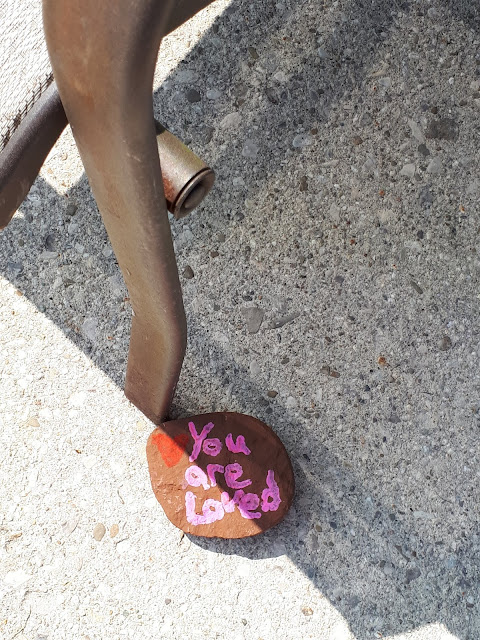 In the mail today, we got a letter from Elgin Travel regarding the Destination Wedding. How appropriate after me going through my suitcase items. It helps us with a few questions we had and for ‘newbie’ travelers (essentially) this is good information. They also sent us our checked luggage tags and the best thing is that they spelled my name correctly! That could have been a whole big headache.

Bill had a semi-successful time at the field even though he was the only one there. He says that it was a good thing that he was alone because he had to bring his Cub down in the corn field. No damage from that landing but the thingy attached to the other thingy came loose so needed some immediate attention before he started flying. Some minor repairs are usual on these winged wonders and that is why he has a cargo trailer and now a Hangar full of things to do the job.

We had a small snack of cheddar cheese and crackers and for some reason we both felt worn out already. I sat beside him in my recliner and we rested. His was a full out snooze and mine more fits and dozes. Bill went down to the Hangar and I did the evening ice cream and cereal dishes up before making myself a cup of tea. I’d first thought about having chicken thighs for supper but have since decided on toasted tomato sandwiches instead. We have a lot of tomato to eat up and after the snack, we wouldn’t need a big meal. Bill was pleased with that decision too.

There was a black cloud hovering over us so I brought the dry sheets and towels inside. When my tea was finished, I took a walk down to the mail box, since the mail I retrieved today was from yesterday. Plus, I wanted to get a picture of the cargo trailer under the shelter. Bill did a good job, squeezing that trailer in there over the bumpy ground. Next, he wants to try and repair the covering so we won’t need to replace it for a couple of years.

At 6, together we got our sandwiches made and enjoyed one of our trademark simple meals.

After dishes, Bill went back down the hill and I switched the tv to an old favourite movie. Who doesn’t love To Sir with Love with Sidney Poitier? I always cry and tonight was no exception. It hits me right in the softest part of my heart. Sometimes it is such fun to watch the old classics again.

The sun had come out again during supper and that was actually the longest we’d seen it all day. Looks like some of the rain is going to miss us tomorrow but I’m hoping a shower or two will rain on our parade up here. This has been a good day here on this peaceful Ridge. I hope you’ve had a good one as well.


Thank you for stopping in.

Posted by Patsy Irene (Chillin' with Patsy) at 7:06 PM