I got up at 6:30 so I could head into the Mat for 7. It was a cleaning day and Jamie wanted to meet me there. He and his cousin were siding the side and back and they were storing things in the LockUp/Maintenance Room. He wanted to be there to move things out of my way so I could do my job. We decided, after I looked at the floors, that I didn’t need to damp mop them. That saved Jamie some lugging and I went about my cleaning. There were some spots on the floor that I could easily wipe up with a cloth. 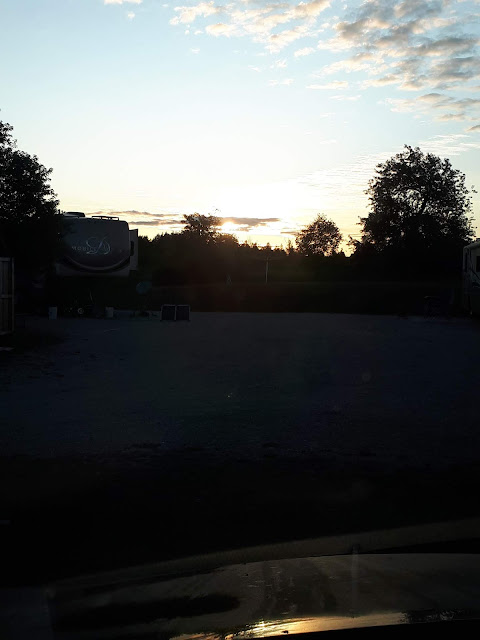 On my way to work before the sun
got too high


Jamie hung around to wait for his cousin to arrive so they could carry on. He was busy peeling the lettering off the DURHAM LAUNDROMAT sign so it could be painted in a colour to match the new siding. We chatted more about his ideas for the Mat and he asked me for my opinion on a couple of things. On my way onto Baptist Church Road, I passed the Divine Love house that just recently sold. They had put a few things out marked FREE.


After I turned the corner, I noticed a piece of artwork on canvas. It was a sizeable piece and even though I wasn’t sure what I’d do with it, I slipped it into our back seat so I could think about it. When I left, I drove straight home and Bill made my tea. I showed him what I’d brought home and we both chose a spot for it on the storage shed wall. It didn’t take Bill long to hang it for me and the spot is perfect!


Kim and Ken were leaving today but in no hurry so I took my time inside finishing yesterday’s post. When they were just about ready to hook up their tow vehicle, Ken noticed that one of their inside tires on the coach was flat. He got his compressor out and filled it up before they made their way down the laneway. It was around 10:30 when I captured the final photos of them driving down North Line.


Bill was hungry, naturally, so I came inside and made Bill an omelette on rye toast and mine on tortillas. That was good but still I could only eat half of my lunch.

There was some water left in the water bladder so Bill moved Black Beauty over to the corner of the lot and hooked up my hose, pump and sprinkler head. I watered the garden, giving them a good dose. It was when I was up there that I noticed a lovely little painted rock. Only one person could have left that, since it wasn’t there yesterday. 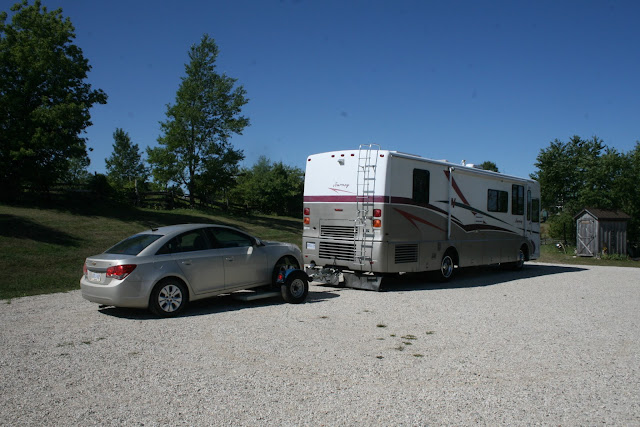 After doing that, Bill made some changes in the storage shed before we drove to town. 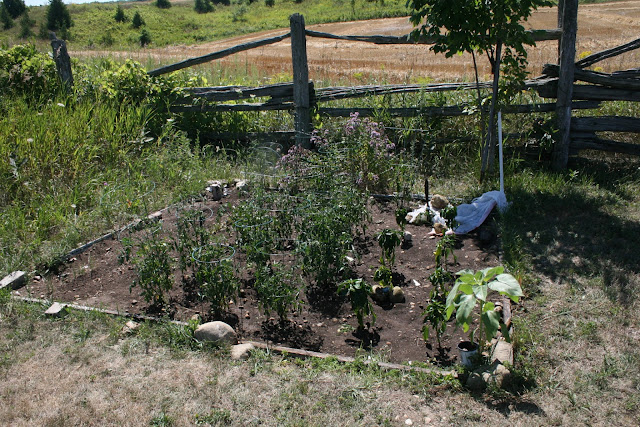 First stop was to visit Elvis down the road and then a stop at the Laundromat to see how Jamie and his cuz were coming along. Jamie showed us around and shared some ideas with Bill. We both really like the colour of the siding. Last stop in town was at The Water Store. We’ve been tossing the idea around about switching from bottled water to this new system.

We purchased a fridge container as well as a refillable 5 gal. reusable bottle. Let’s give this a try! Bill filled the fridge jug up and it fit perfectly. Here I can drink the well water from the Acreage and we’ll make better use of the filtered water system when we go south. Bill went down to the Hangar after stretching out in his recliner for about half hour and I stretched out on my lounge chair outside in that glorious sun.


At 5, I came in and tried to configure supper. I decided on chili from the thawed ground beef I’d pulled out of the freezer and Bill was okay with that. I also spiraled a portion of the zucchini and with olive oil, salt, pepper and parmesan cheese, fried it up for about 5 minutes. Just a little bit of crunch left and I had my chili on top. We each had some rye toast with butter and it was very good. For dessert, we cleaned up the last of the apple crisp with ice cream.


We got the dishes done up and brought things in from outside and closed up the sheds. I don’t think it is going to rain but the dampness gets into everything and the nights do cool down a fair bit. It was a gorgeous day though with some windy gusts, enough to keep our awnings at bay. America’s Got Talent was on tonight with its final episode so we watched the recorded program from last night first.

I hope you’ve had a nice day. Even though it is hard to say goodbye to good friends, it has been a wonderful Ridge Campout again. We value our time alone too.


Thank you for stopping by! If you wish to comment, I’m interested in what you have to say.