The Ridge
When I woke on Saturday, Aug. 10th I had a new batch of shingles – again. I’ve been fighting them off for the last 3 days but I think when last night Rob said that he was going in to see Aunt Mary this morning, that did it. We'll put the blame on Rob.
😂

Here is what you don’t know. Ever since December, Bill and I have been holding a very special secret from our buddies. There was to be a surprise 70th birthday for Rob and 50th anniversary for Rob and Pat held today. This camping reunion, which we now call an ‘annual Ridge reunion’, usually happens a week earlier but we pushed it back a week this year so Rob and Pat’s friends will be here for the party. It has been something in the back of our minds all winter and so far all summer. Mums the word and apparently 'lying' is also the word.

Their children, Sandra, Trace and spouses, Bill and Karen have planned this party at their parent's house in Durham. It was up to Bill and I to come up with a really good reason to keep them out here and get them into town today for 3:30. A port-a-pot was delivered and a big tent erected in their back yard late yesterday. So, when Rob said he was going into town to see his aunt, we fretted. Oh, my goodness! What if he goes to the house?

Turns out, he didn’t and we got them (along with everyone else here) dressed up for a party. They believed it was a surprise party for my sister, Donna’s, 69th birthday in Hanover. We left the Ridge behind George, Suzie, Ken, Kim, Ron and Loree and arrived toute suite at the Aljoe’s home in Durham. As we turned onto their street, Rob couldn’t help but see first the porta-pot and then the commotion around their home and exclaimed “What the heck is going on here?!!!”

Bill reached his arm out to shake Rob’s hand “Happy Birthday, buddy”. Rob said something about skinning us when we got back to camp but we'd worry about his empty threat later. A large crowd was at the end of their driveway to greet them. Phew! Great job Sandra, Bill, Trace and Karen. My sister, Donna, Gerry, Gayle and John also arrived to celebrate with them, which I thought was wonderful. We had a great time. Good food was spread and a lovely cake, which I passed on. I was too full.


We followed the sun with our chairs until the winds died a bit, or was it the warming of my Pina Colada? We filtered home shortly after 7 and sat around a campfire until about 9:30, Bill, Ken and Kim being the last to say goodnight as usual. Such die-hards! The company is too great to leave! We do have a wonderful time with all of these guys. Pat and Rob returned around 11, Bill said, I was long ago into slumber so didn’t hear the cute little red GMC pull in. 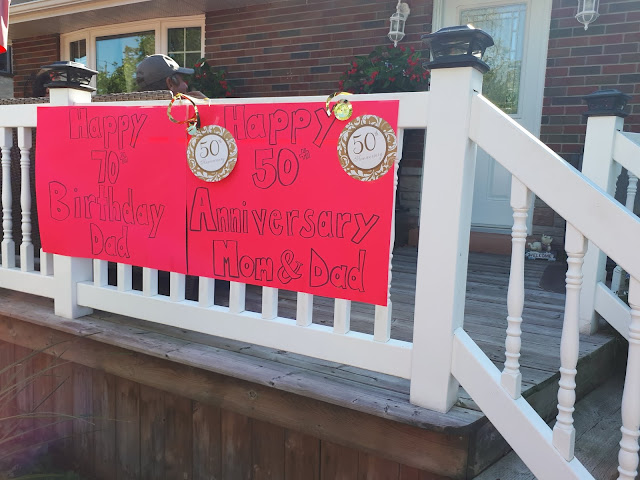 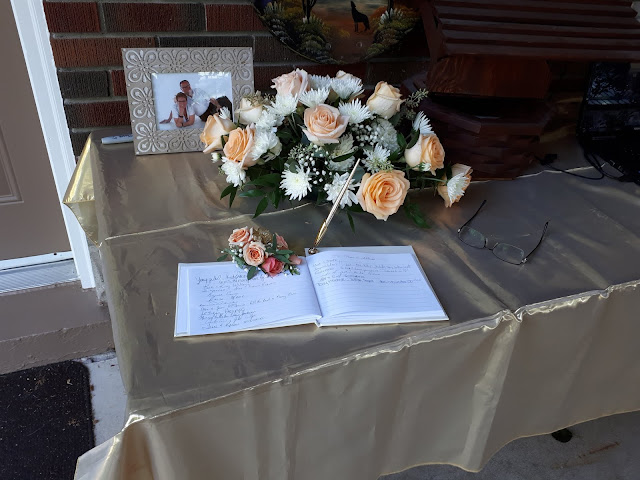 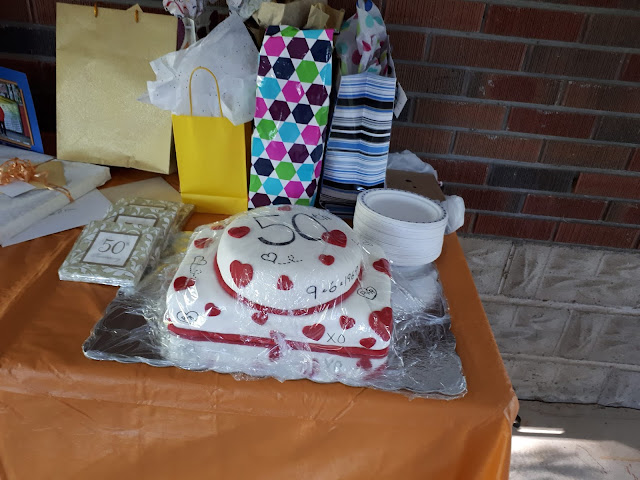 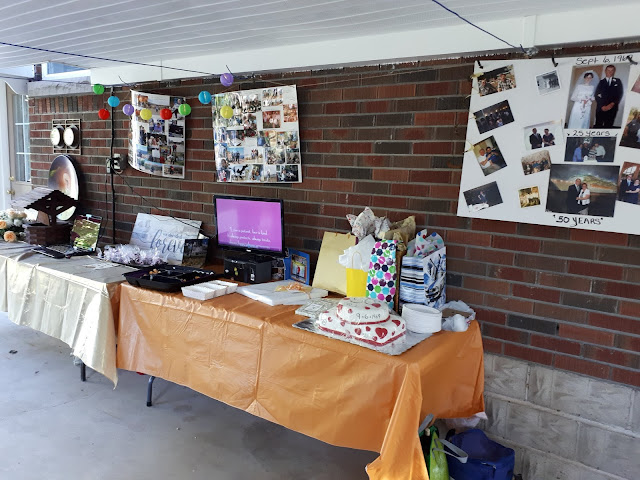 I’m sure they were trying to be quiet too. They brought their friend, Lynn, back with them to stay for a couple of days. That is terrific! I hope we don’t scare her off!
I was in bed right away and felt very peaceful. Nothing to worry about and my shingles will be gone in a day or two. Quoting Lawrence Welk "this was a wunnerful wunnerful day!"


Thank you for stopping around. I love hearing from you if you wish to leave a comment.

Posted by Patsy Irene (Chillin' with Patsy) at 9:14 AM