Beautiful Weather, Not so Beautiful Experiences, How Does Bill Handle London So Often?

Bill and I were up and out of bed by 6:15 this morning after playing footsies in that king bed for the last 45 minutes. Time to get up. Again, our sleepyhead pooch slept on under the covers. Bill had an appointment this morning in London for a stress test at 11:15. We’d had a hot drink and a bowl of cereal and fruit/yogourt before nudging Clemson to move.


“Ah, Dad, I’m still tired!” After letting him out for a piddle, we had to break the news to him that he would have to look after the house today for us. It would not be pleasant for him with all we had going on. Yesterday, we asked Pat and Rob if they would mind driving out to let him out around noon or 1 pm and then again out to feed him at 5 and take him out. Of course, they readily agreed to do that.

We were on the road by 7:20 am and had an uneventful drive through Durham, Varney, Milverton, Stratford, Embro and Thamesford, naming a few.

We pulled into the parking lot at Hi-Tech Auto Care on Trafalgar St. at 9:45 and swapped out our Corolla for a loaner Mazda. Dan knew we were coming so he could replace the exhaust system. We’ve been terrorizing the Grey-Bruce county with my hot rod since we got home. 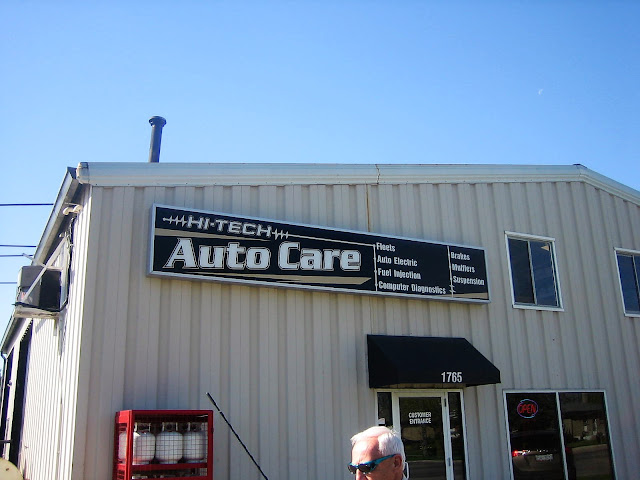 We drove from there to the clinic on Oxford St. and because we were an hour early, walked into the mall next door and had a coffee and donut with all the other seniors. Talk about feeling young! The placed called The Terrace was packed! We walked across the lot and I went in with Bill to wait for the doctor. Almost right on time, the nurse came and collected Bill and that was my cue to go for a walk. I explored the Dollar-like store in the mall just to kill time and went back outside.

I returned to the waiting room and it wasn’t long my sweetie came out smiling. Phew! You always wonder, you know? So, he did well but because of his family history, they will be making an appointment for a later test.

These tests, so far, are all related to the history and as much of a pain it is and no matter how much Bill hates it, it is all preventative. It is for his own good! At least that is what we tell ourselves when we get sent here and there.

We left there and headed back to our mechanic’s across the city. We figured we’d wait for the car, even after hearing that the exhaust manifold also was badly rusted. It just seemed to be one thing after another and the parts required were adding up. This little car owes us nothing and at 12 years old, we will continue to look after the shell that surrounds the good little engine. (that could) I think my Dad used to say "it is only money".😊
There was a part that they needed to wait an hour for so just after 1:30, Dan handed us the keys to the loaner again and said “go get something to eat, go to Mt. Brydges, do you running around and I’ll let you know when it is ready”.

So, we drove first to Wendy’s on Wellington (obviously a junk food day) and then hi-tailed it to see Al at Ford. Sitting with Al, all he could do was apologize that they (the girl in ‘accounts’) screwed up.


We don’t always know what the sales people have to deal with in their offices. He drove to Strathroy  to get our ownership while we waited in his office and he pushed to get us a new cheque cut for a payment withdrawn in error days ago. What a mess! After an hour and a half, he walked in and counted out the cash to Bill.

None of this is on him, he has worked hard at pleasing us, valuing his customers. We opted to cancel our stop at Costco, Bill can do that at another time. We were running out of time. 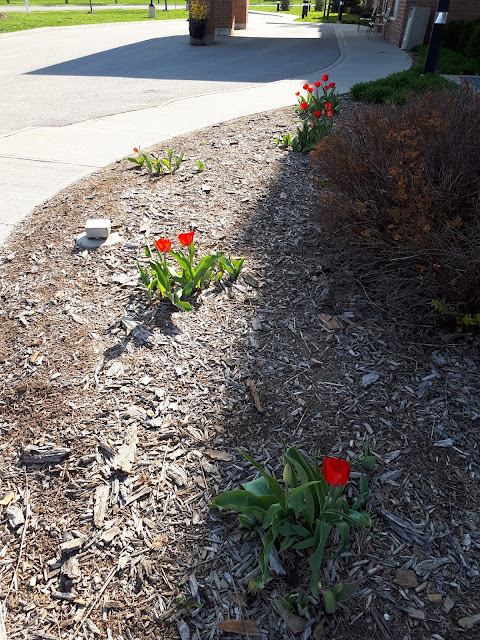 We swapped our loaner for the Toyota at 4:30 and paid our much larger than expected bill. "What a quiet car"  Bill said, so at least Hi-Tech did a good job and Ptooties is happy. We headed immediately out of the city to Stratford for a short visit with Dad and Marilynne. I had yet to see them and we wanted to give them a gift we’d brought back from Arizona. It was nice and we took Marilynne up on having subs from Subway for supper. After a couple of hours, we said our goodbyes and hit the road. 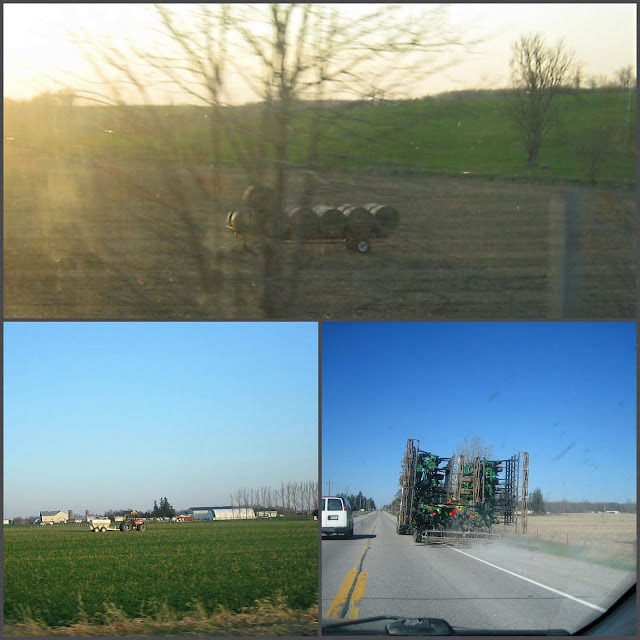 Arriving home by 9 pm meant I was on track when conferring with our friends, Clem's sitters for the day. Clemson was at the door to greet us and there were no ‘surprises’ on the carpet but he was anxious to go out for a piddle. We didn’t sit long but we did watch Bull instead of recording it. It was the season finale and was a cliff hanger to say the least. By 10:30 I was in bed and I’m sure when NCIS New Orleans ended, Bill followed.
This hasn’t been the best day, delays, extra costs and wasted time sitting waiting, but there were enough positive things that made up for those upsets. I hope you enjoyed your Tuesday even more. 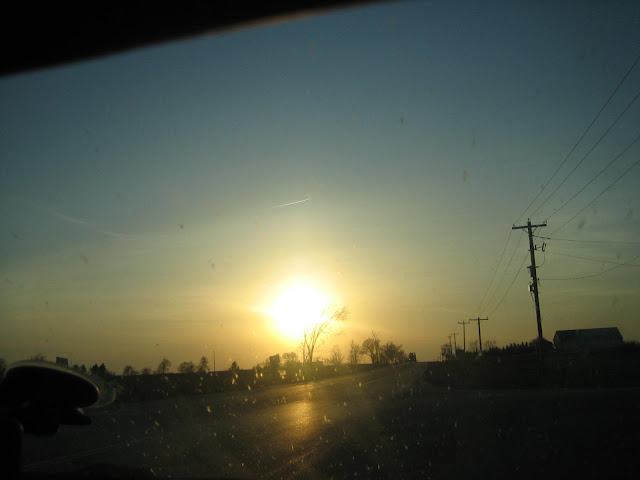 Thank you for stopping in to read my late post. I love hearing from you if you wish to leave a comment.