My Kind of Day, Sunny, Warm and Lazy with Turtles Galore


On Monday, April 22nd Bill was up with Clemson at 5 and then we both slept until almost 7:30. It was cloudy to start but we could see some breaks off to the east where the sun was trying to rise. This to me was an indication of a nice day. It gave me hope. I skipped my tea and prepared for a walk.

My first mistake of the day was that I overdressed. I slipped on my winter jacket with one of my scarves around my neck and leggings under my sweat pants. It was only 42F/5.5C but without the wind, it felt much warmer than that. I had my brilliant reflective vest on as well and a grocery bag in my pocket. I was prepared today to pick up the roadside ‘trash’ worth $.

Who would’ve thought that before I was half way around I had a full bag of beer cans and bottles? That is embarrassing. It was another beautiful walk and I completed the 2 mile walk in 30 minutes.

When I returned, Bill was in the shower so I made my tea with coconut oil and creamer. When he was done, it was my turn. We had two propane tanks that were empty, one for the Weber Q and a 40-lber for the Suite. Bill hopped in the truck and drove to town.
I made bacon and eggs but for some reason, I wasn’t hungry. Bill ate his and I had a few bites before putting mine in the fridge for later. We had an appointment for an investment that came due in town at the RBC so again took the truck with the water bladder. Before returning home, we stopped at Rob and Pat’s to get some fresh water. This should be the last time this spring, we’ll get the key today so we have access to the Acreage for next fill up. Thank you again R & P.

Back home, I decided it would be a lazy day for me. I was feeling achy from yesterday and wasn’t in a rush to do any more raking. I had a book to finish, the Novella at the back of the J.A. Jance was called Old Blue Line and it was an interesting read. I think Bill will read it next, it was very good. He worked away in the Hangar until we drove over to the Acreage to get the gate key.

Going out the lane, we saw a ‘toddler’ turtle edging up from the pond. Our signs are now in effect, folks, if you should happen to visit. Yay! The turtles are out in full force and although skittish when we walk or drive by, I took a walk later with my zoom lens and captured tons of them out sunbathing. We are of like minds, apparently, because I set my chair up outside and did the same thing with a new book. Stuart Woods writes great stories and quick reads about Stone Barrington’s adventures as an attorney.

Bill closed things up just before 5 and moved inside. He has work duty this week so is making use of all the time he has while at home. I can’t get over how warm it was today, an absolutely perfect day.

I didn’t cave yet to shorts but had a tank top on for the afternoon. The temperature rose to 67F/20C and who can complain about that? I know there is more rain in the forecast so a day like today is our first diamond in the rough.

Bill barbecued burgers for supper and I chose to avoid the bun tonight. With coleslaw and olives on the side, it was a delicious ‘summer’-like meal. 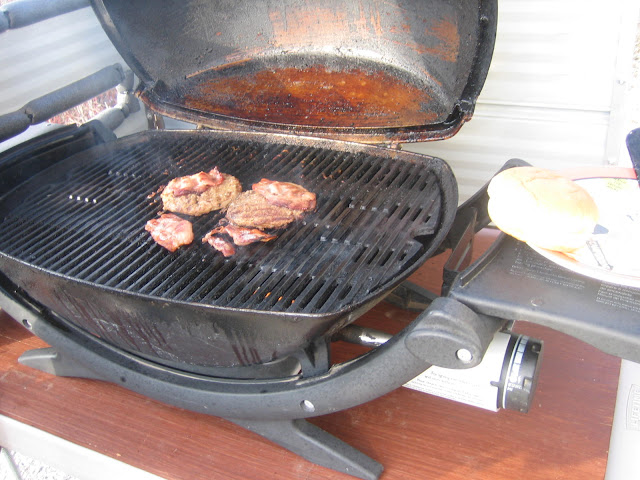 With a few of our favourite programs on tonight, the evening was a quiet one. This was a great day, I think I’ve said that but it bears repeating. I hope you made the best of yours as well. 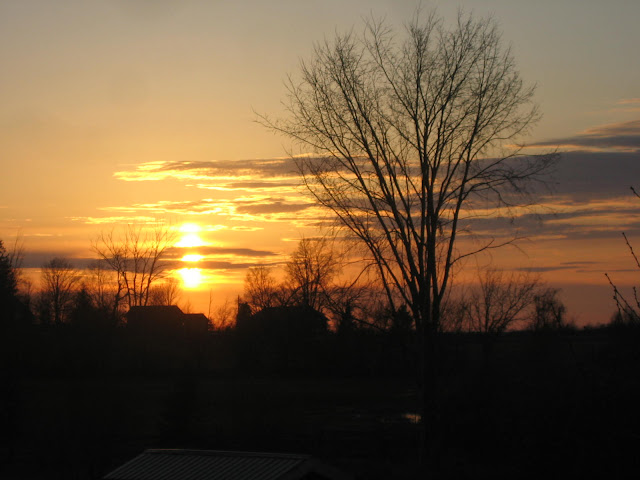