Morning Chores Stretch into Afternoon, A Wonderful Memory to Close the Day

On Thursday, Apr. 8th I was up just as Bill was leaving the Suite by 7:15. It looked like another glorious day, with clear blue skies. I had my cup of tea and at 8:30 got ready to head to town to clean the Mat. The warm 10C/50F gives me a burst of energy but it only lasts for a few hours and then I want to just chair hop as a few of my blogger friends call it. 😊

I found 2 machines with signs that they were used for horse blankets AGAIN so I had a mess x2 to clean. They weren’t as bad as before but still………I removed the ‘debris’ and ran a wash with bleach through each one. I also texted Jamie and his wife, Cheryl, to see if they are able to see anything on their home cameras. Who is doing this? At home, I will make up a couple more signs but I’m not too optimistic they will change anything.

There was a nice gentleman in the Mat, whom I’ve not seen before, doing his laundry and we chatted about travelling south and the virus and vaccines. We are kind of both on the same page in our thinking about Covid and the pros and cons (and unknowns) of the vaccines. I’m getting mine because we will have to in order to travel south, and that is probably the only reason that is substantial, right now. It is yet to be seen where else anyone may or may not be able to go without it.

Before leaving the laundromat, I called our Durham Home Hdwe to see if they have a toilet seat in stock. Jamie has given me/us the go ahead to replace the broken one. I’m so glad as I’ve feared someone will fall off and get hurt (or claim to be hurt), there isn’t much room to fall in that small loo. I drove there to their curbside pickup table and had it in the car within 5 minutes. Faster than going in anyway!

I dropped the seat off in the lockup and started out of town. I’ve been meaning to stop at the McGowan Falls to see the dam since arriving here but today was my first chance. It is quite beautiful and I’ve never noticed only one section before. While sitting on the bench watching the falls, I received an email that my Amazon order for Fitbit face covers and a new fancy band will be delivered today.

I scooted back to Ptooties to be home to receive it. I don’t know what Purolator does if you’re not home and didn’t want to find out the hard way. Before I left the Ridge earlier, I turned our inverter on and uplugged from power. That will be two days savings on an electric bill. 😉 Every little bit helps. I know we have a couple of days of sun but then rain takes over for even longer. We’ll get the best out of the warm, dry ones while we can.

Well, I shouldn’t have rushed because my parcel wasn’t dropped until 3 and it was left in the mailbox. I was just happy to receive it. After I had a bite to eat, and a coffee, I puttered around. Bill had found a door knocker in the storage shed, that he got from his Dad.

It is like the one on our bathroom door but this one is damaged, he figures, by mouse pee since their dropping were rampant in there from the winter.

So, I mixed up a home remedy for cleaning brass. The vinegar, salt and flour made a pasty mixture that I coated the piece with as well as the metal ceiling tile I found. It didn’t clean it up completely, and you can’t read the Richards’ name, but it is definitely better. Then, I was drawn to the garden. There was a lovely breeze so I shouldn’t get too hot, even though our outdoor thermometer was reading 74F. Boy, was I wrong.

I am pleased that I got a lot of the garden cleaned up and removed the dead leaves and some grass that had started growing up from under the plants. The phlox is the worst, hard to stop grass from sprouting up through the thick foliage. It is one of the summer banes. It was when I was just finishing up for the day, when I noticed Purolator driving by. It was a good time to walk down and check the mail box and that was when I found my order.

Within a few minutes of getting back up the hill, Bill drove in. 😊 It was only 3 so nice that he had some afternoon left. He dozed in the chair while I went outside to paint my toenails in the shade. It is that time of year when they need colour. Usually, they are painted all year round, with our lifestyle being as it is. Bill came out and did a couple of small jobs too, moving Ptooties tires into the shelter and then we discussed an alteration we want to make to the corral.

We came inside at 5. I was hot and sweaty so hopped in the shower before I began making it. We were having burgers tonight. I Bill had hoped to bbq them but we had an empty propane tank for the Weber Q so I fried them up inside with bacon and cheese. They were good and I even enjoyed the mess of mine in a tortilla wrap a second time. For dessert, it was hot enough that a dish of frozen yogourt tasted really good.

After dishes, I finished writing my blog and downloading pictures. Whether it gets posted tonight is to be determined. 😊 Tomorrow, I have to take a run to Elmwood and then work at the body shop for a couple of hours. It will be a busy day. I hope your weather today was as nice as ours was. The evening was longer than I expected because Bill and I planned to watch one of our all time favourite movies together. It meant staying up until 11:30. I teased him and asked "Have we ever seen this one before?" Only a hundred times!!! Bridges of Madison County. 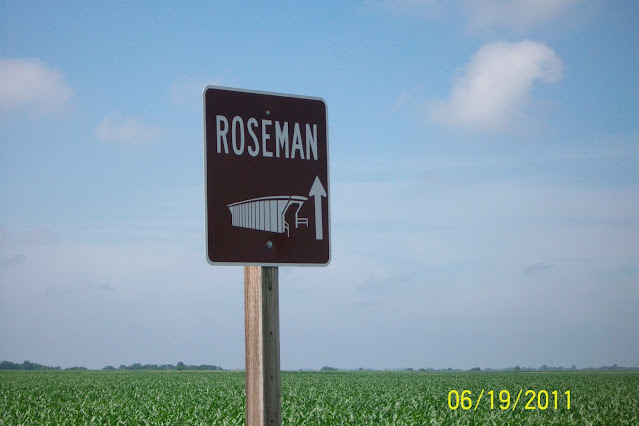 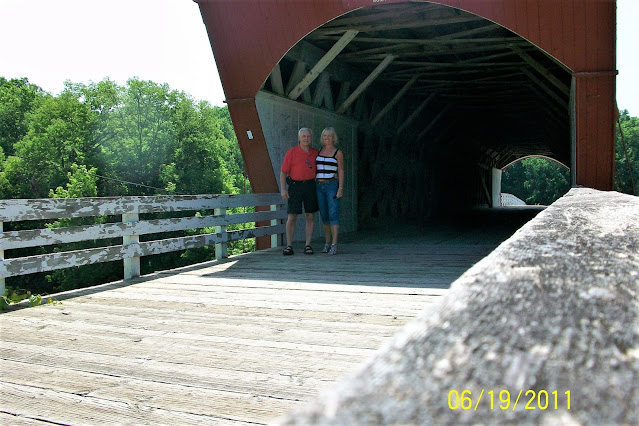 Posted by Patsy Irene (Chillin' with Patsy) at 6:14 AM

Email ThisBlogThis!Share to TwitterShare to FacebookShare to Pinterest
Labels: a full day inside and outside
Location: Priceville, ON N0C 1K0, Canada