Bill was up and on his way around 7 am on Tuesday, Apr. 13th. I got up after he left since I was wide awake from chatting with him. It was another wet dreary looking day out there and hovering around 7C. There goes any chance of my early walk. I made my tea and sat at my laptop to read blogs and just plain ‘surf’ online. I chatted a bit with my daughter, on Messenger, and that brought her to recommending a movie to me. I'm going to order it for my collection.👀

I always have this ‘where do I have to be and at what time?’ feeling while sitting here. That comes with the territory of still having a job, I guess. On my days off, it is hard to get myself into relaxing mode. 😊 I did have jobs to do, I’d made a list for Tuesday and today was the day but for an hour or so, I still had the feeling. Crazy! When I was done my tea, I finished getting dressed and drove into town.

The I.D.A. Pharmacy was open to shoppers so I picked up the greeting card I needed. Back home, I put the $ in it since it was for a grandchild. We don’t give them much, ‘el cheapos’ compared to most, but it is something and enough to let them know that we are thinking of them. It was down to the mailbox with another one for a sibling. No $ there. They will be picked up today and I'm curious to see how long they take for delivery. 😉

I pulled my sewing machine out of the closet and stitched the zipper on Bill’s winter work coat. The coat was the one I found in the garbage at the Mat so I wasn’t too concerned what it looked like when I was finished. We also had a hand towel with stitching that had come out so I sewed it as well. My next project was vacuuming so I got out the central vac and cleaned the floors from top to bottom. My little Dirt Devil does an okay 'in between' job but not on the scatter mats and not as deep a clean.

Lastly, I needed to dust. With the exception of the buffet beside our table (which is covered in all kinds of little oddities, his and mine) every piece of woodwork has been wiped down. Boy, that feels great! I put everything away and by the hunger I felt, I wasn’t surprised to see that it was 12:30. I’d had a tea, a coffee and a plum so it was time to make something yummy. My wrap fit the bill and then some.

I texted our buddies, who have been away for a vacation (in Ontario), to ask Rob what procedure I need to follow to spread the cow manure in my rhubarb patch(es). With that answer and dishes done inside, I went out to take care of it. I am being very hopeful for a crop but won’t be too disappointed if nothing comes of it. I’ve not had any up here on the Ridge yet. It would be a real treat!

The mail lady stopped for the cards but when I walked down later, she had left nothing for us. No news is good news. 😊 Earlier, after vacuuming, Bill had called suggesting that I unplug from power if the sun was out here. It was and it was a total surprise. Neither of us expected to see anything but rain today. Yay! The wind was still cool and we didn’t get above 13C/57F but it was a lovely day after all. 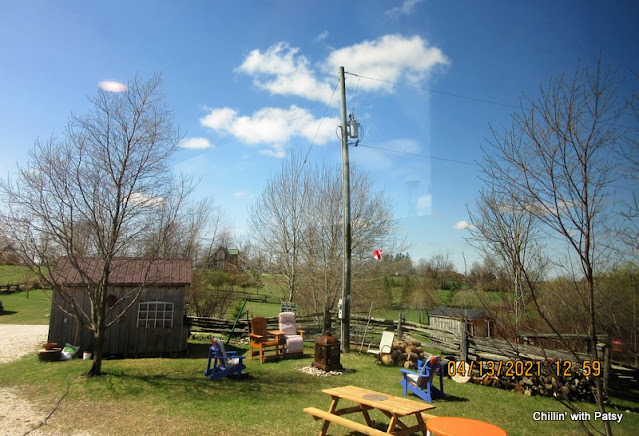 I sat in a chair outside with my book for an hour and a half, just enjoying being outside. I know I dozed, which indicates how comfy the chair was, as I caught myself at one point with an open mouth. 😴 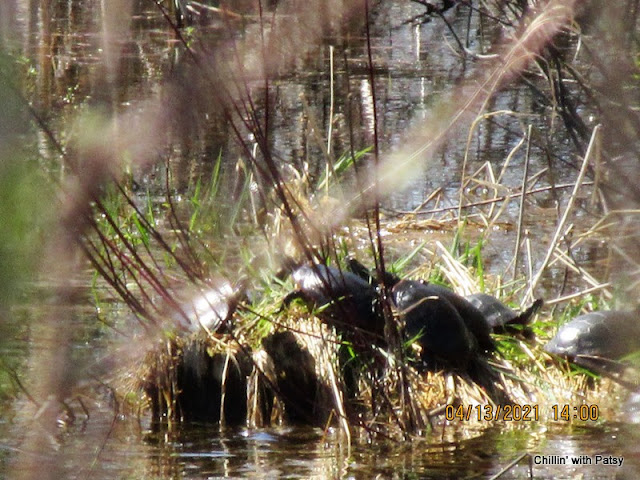 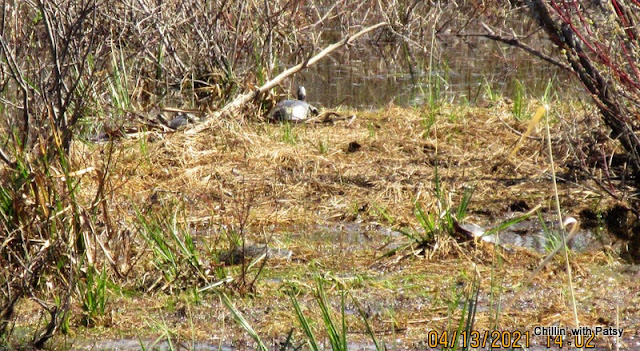 Before coming in I took a walk up to the back corners of our property to take pictures for a commenter. Maybe this will give her a better perspective of what The Ridge actually entails. Our summer home and we love it. Truly Home Sweet Home for us.

Bill texted around 4 that he was done work and had stopped to have a beer with Gerry on his porch. From that, I knew I had time for a shower before he got home. I finished a couple more chapters and then came inside to take care of it.

Bill came in around 5 and I could tell he’d been sanding drywall for a big part of his day. “Get outside and take your clothes off!” I told him. Ha ha. After my cleaning, he was not allowed to undress and get dust all over our small living space. He almost followed my direction, shaking his clothes outside.😊

For supper, I fried 2 Mediterranean chicken breasts. It didn’t matter how I cooked them; they pretty much would take the same amount of time so I chose the electric fry pan rather than the Weber so Bill could relax after his day. We still have some rice left and with a vegetable on the side it will be a complete meal. We were finished with our ice cream dessert by 6:45 and took care of dishes. The sun was still bright off in the eastern sky.

This was a good day. NCIS is on tonight but it isn’t a new one – again! We’re not sure if we’ve seen it though, for some reason, so we’ll watch it. I hope you’ve had a happy day! 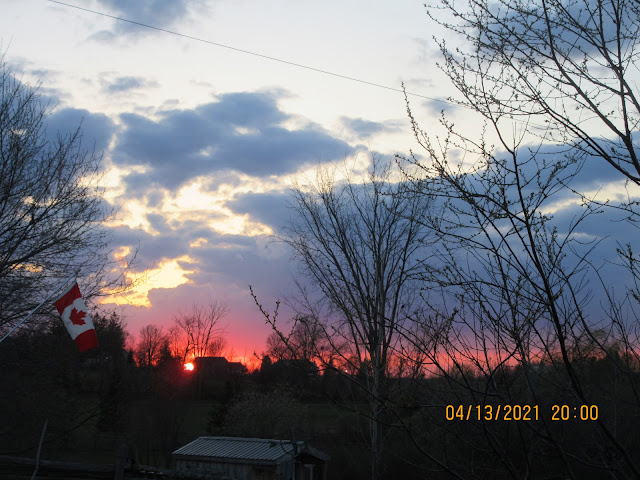 Thanks for your visit.