I was awake and up out of bed on Wednesday, Mar. 21st by 7:15. The sun wasn’t up yet so I tiptoed around opening blinds and preparing our Keurig drinks. Bill and Clemson were also still sound asleep. The sky was an amazing blue, well gray at first, and when the sun popped, everything woke with it. No clouds at all so the sunrise wasn’t as spectacular as it could be but I was just so happy to see it return.

Yesterday was a cold day and made worse by the wind but we got through it easily by cuddling up inside in our home. Looking forward to more outside time today for sure.

It is starting out at 32F so I will wait a bit for my first walk. After Bill got up and we had our morning drinks and grapefruit I looked out our back window and saw Ron and Freddy out for their run. I think Freddy gets more exercise than Ron does, but that’s the plan! 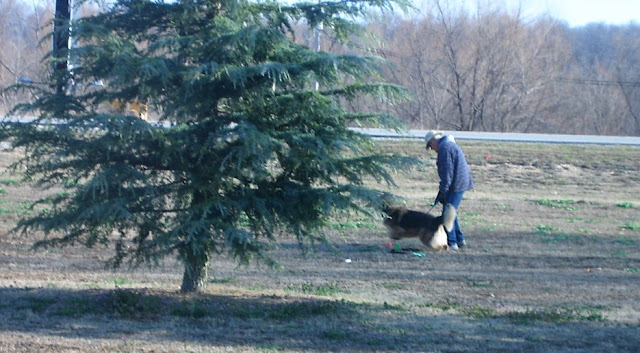 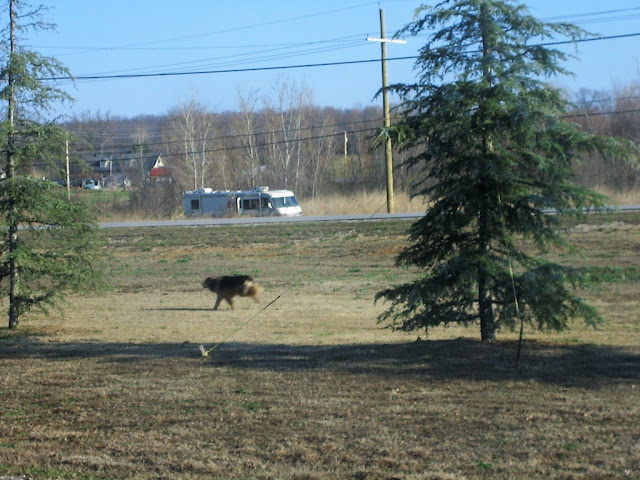 There was frost on Black Beauty which was gone by 9 even though she is sitting in the shade so that is a great sign. I showered and then called a hair salon in town to get my hair trimmed today. Loree went yesterday and recommended them when she heard I was keen too. It seems to take my hair a long time to grow so I never get much cut off but it is nice to get a pro’s touch once in a while rather than me just snipping at it. 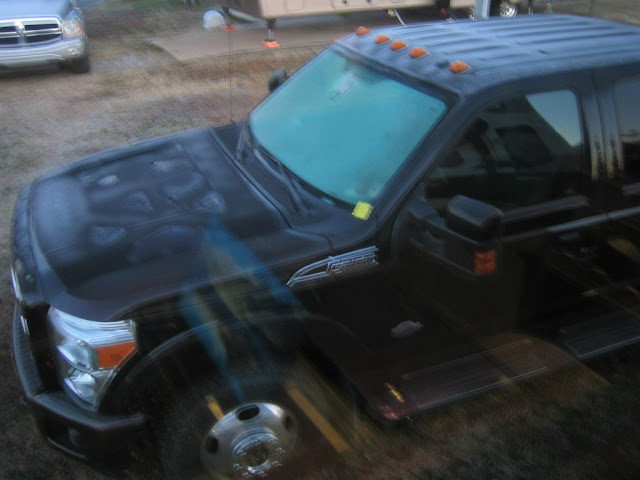 We had an omelette sandwich and breakfast quesadilla and did the dishes so they were out of the way. Bill had his shower and made a phone call back to London. Nothing, let me repeat, nothing drives me crazier than when people do not return phone calls. We have something on the burner at our old place of employment and we’ve tried to follow up 3 times to get answers.

After being told twice over the last 2 weeks that a message to call us would be passed on, today, it was ‘as soon as she’s off the phone, I’ll get her to call you’. That was 2 hours ago. Venting, that is what I’m doing. I worked in an office for 31 years where it would never have cut it had I treated callers like that. Just make the darn phone call!

We drove into Grove and found O’Hairs Salon (cute, eh?). Cindy was ready for me as soon as I walked in 10 minutes early. What a lovely lady she is. The owner of this salon for 34 years, I’m so glad Loree recommended her to me. She trimmed my hair without going crazy and we had a nice conversation all for $15. What salon charges prices like that? This one does. I’ll be back and maybe I’ll let her go crazy next time. 😊

Bill stopped at Cheapo Depot for me to pop in and have a look-see. Nope, it didn’t impress me any more this time than the last time I was in there. I left empty-handed and we drove home to the Suite. At 3:30 I took Clemson for a walk down to the lake and back again. I saw Bill and Ron outside talking at their site so came inside. Within 10 minutes Ron and Loree walked over and we left for the Cherokee Casino at 4. 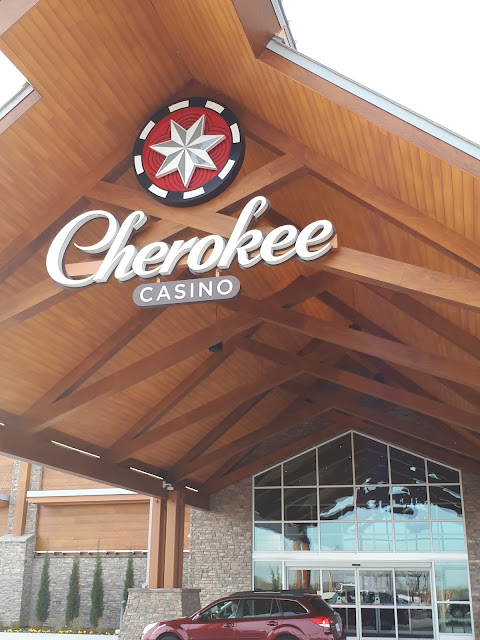 We stepped up to the Players Club and each got a $10 players card. That was a good start.
Loree and I wasted no time giving ours back to the penny machines but Bill was more successful and cashed in his $21.75. I think Ron did okay too cashing out $20 so it was a men’s night. We went to the restaurant and had a great meal including drinks for $30. We chatted, had some laughs, a few tears and the time very easily slipped by. 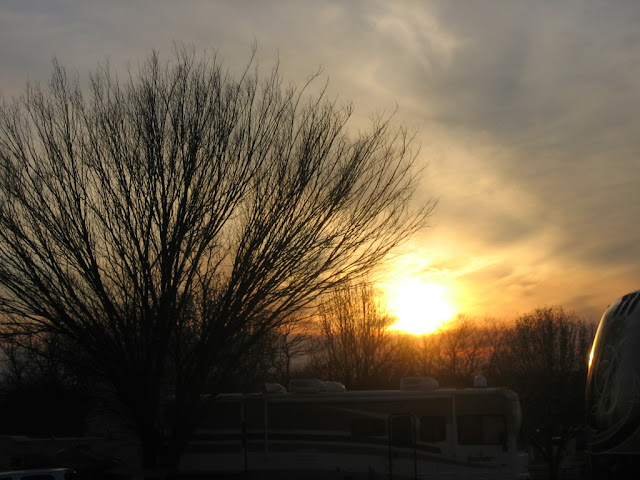 Back home at 6:30 we all sat inside together for half hour before saying good night. We are enjoying their company very much. We started watching some of our Monday night programs which recorded and had a small piece each of my peanut butter pie. This has been a great day, much warmer than the previous one. I hope you’ve enjoyed yours as well. PS - the day ended without our phone call. Grrr! 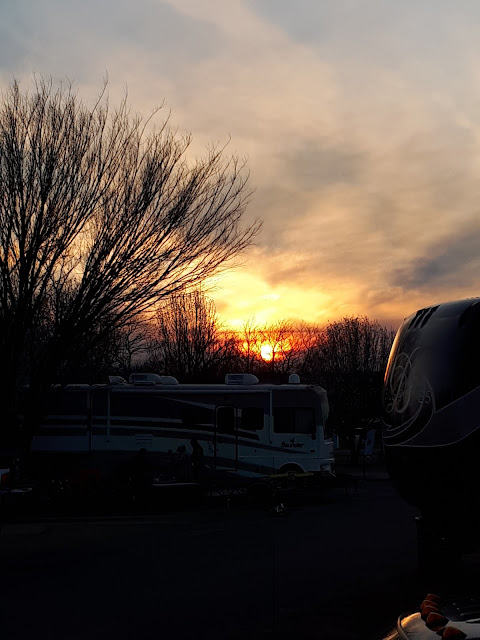 Posted by Patsy Irene (Chillin' with Patsy) at 8:09 PM