When I woke up on Monday, Mar. 19th it was 7:15 and I moved at the same time Clemson wanted out. That worked out perfectly! There were clouds to the east, covering what would have been our sunrise but the outside temperature was 56F so I knew it would be a nice morning. That was confirmed with Clemson’s outdoor jaunt. I came back in, brushed my sleep-mussed hair and with just a t-shirt and hoody went for my walk. 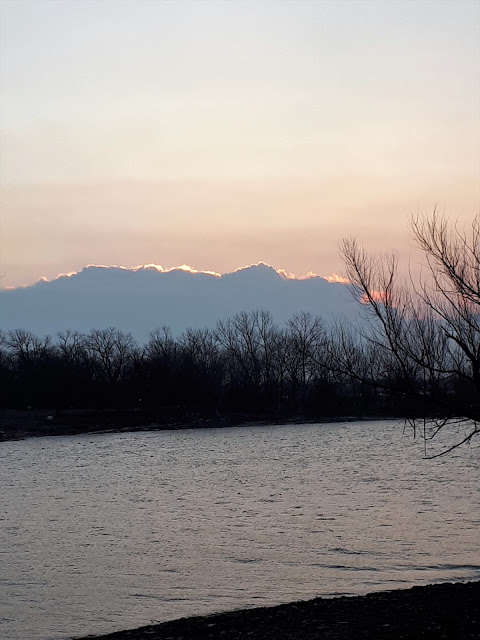 Clemson went back to bed with his Daddy for a bit. As I approached the back of the park area, close to the lake I could see that I was in for a bit of a show. The brilliance of the sun was sharpening the edges of the clouds making for a gorgeous picture. 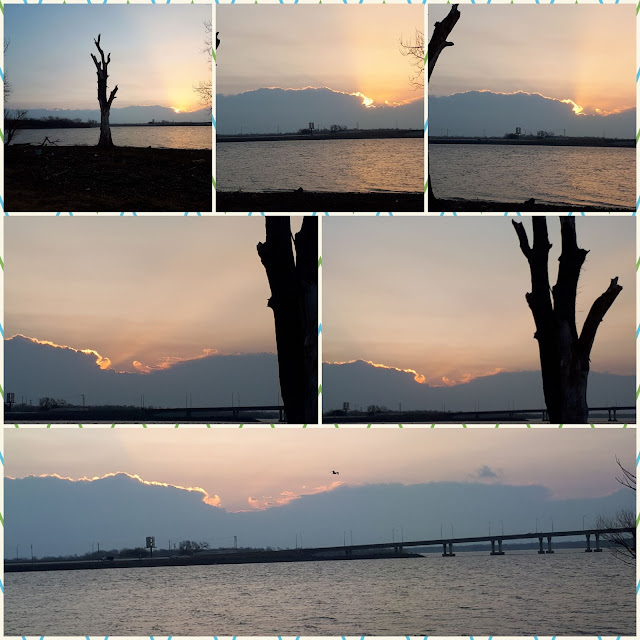 I slowed up my walk and kept a constant eye on the horizon at the same time trying to capture the blue heron. I’ve seen one on each of my last 3 walks.

With just my phone camera on me, I fiddle with the 4.1 zoom max and back down to the 1.1 trying to get the best shot. They are all good so I’ll have to choose once I download them. So, the sky was blue when I walked but soon after returning to the Suite, clouds rolled in from the north. It was going to be that kind of a day. The winds were already close to the maximum of 10 mph so the 64F we’re expecting may not feel like it.

Seems like we are on the fast track for Police cruisers and EMT’s as we’ve had at least one set go by every day for the last 3 or 4. Ron and I were discussing their frequency the other day. It still isn’t a lot to us. When Bill and I lived in London, On, population of 380,000, it was almost on the hour you heard sirens of some kind. This is peanuts, just chatter fodder really (something to talk about).

So, Bill was just coming out of the shower when I returned and we then had our tea and coffee together. Catching up on our friends posts we discussed his plans.

Yesterday, he asked Ron if he’d like to go to the Darryl Starbird’s Car Museum, just down the road. Ron was very excited to go as he knew Loree wouldn’t be into it and I had no desire to go a second time. Bill loves it and I read that Darryl has a couple of new additions, created for his Car Show in Tulsa last month.

At 10 they were off with Ron driving. I was expecting Bill to drive so it took a couple of minutes before I realized Black Beauty was still sitting here. I had it in my mind to make the dessert I talked about last night while Bill was away. With the outdoors not proving to be a sunny day, that is what I like to do. 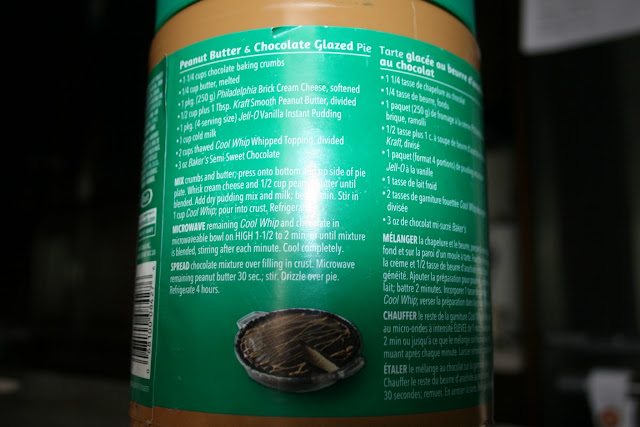 I set about getting things out after I got cleaned up myself. Today it would be a Peanut Butter & Chocolate Glazed Pie. It’s a recipe on the p.b. jar and I’ve made it a couple of times before with success. I may share it with our friends if they like that kind of thing. 😊 Now that is cooling in the fridge, I made myself a second tea and cleaned up the dishes.
I like the vantage point we have here in our site. It is a clear view to the front gate but far enough away that we aren’t caught in the hubbub too much. We’re seeing more and more small trailers and more travel trailers here than large coaches and large fifth wheels. Interesting. Also, other than Ron and Loree we seem to be the only Canadians here. I just saw to units pull in, check in, drive to the back forty and now they both just checked ‘out’ and left. Weird and curious.

About 1 o’clock Ron and Bill drove up out front and my sweetie hopped out of the truck. It seems as though they had a great time and a nice ‘self-tour’ through the museum. Bill told Donna, Darry’s wife, that we were there in Oct. 2016 and that we have a picture of me with her. She kindly sent home a ‘hello’ for me. I’m glad Bill got the chance to go again and I’m sure much more fun going with Ron than me.

It wasn’t too long after he come in and made a sandwich that Clem indicated he needed to go out. I checked the thermometer to see what I’d need to wear and it had dropped to 47F, 10 degrees in an hour! With my hoody up, we walked around the first block before I basically forced ‘Mr. Sniff Everything’ back to the Suite. Brrr!

With the chill out there, I was happy I had turned the electric fireplace on earlier. I settled into my chair and got sucked into David Baldacci’s The Winner.

At 5:30 it was time to start supper. I browned ground beef, baked 1/8th of my spaghetti squash, cooked spaghetti and baked 3 bread sticks. That was supper and it was nice to cook inside on such a cool, windy evening. It tasted great and guess what? We left room for Peanut Butter Pie too. After dishes, I plucked away at my post while we watched Murdoch Mysteries season finale and then The Voice.

This has been a fun day even though I didn’t get into much. Bill enjoyed his time this morning with Ron and after one more cool day, we know we’ll get some more outside weather. Tomorrow is the first day of Spring so does that mean these geese are heading for Ontario? I hope you’ve enjoyed your day too.