The Ridge
On Tuesday, Apr. 14th we got up before the alarm at 6, dressed, made the bed, washed and were out the door by 6:20 am. I admit to being a bit ‘nervous’ going in alone.

Not sure that that is the correct way to describe what I was feeling as I have never minded shopping without Bill before. Trepidation? Anxiety? It wasn’t excitement, I can say that for sure. Bill drove to Hanover and we were in the parking lot at 6:40 where we waited until close to opening. 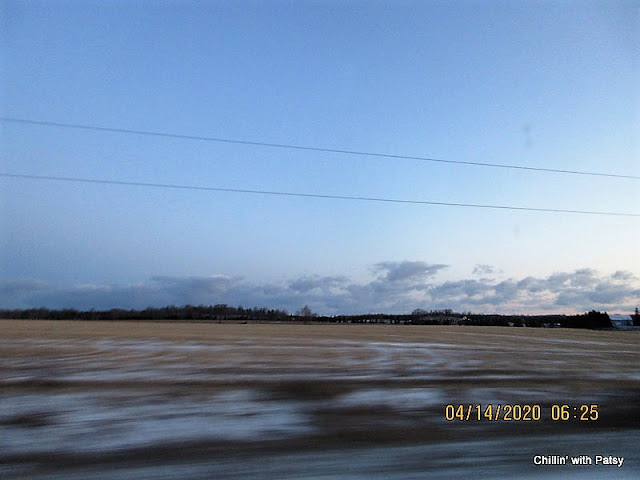 We watched the staff set up the perimeters with a long, covered walkway for you to line up with yellow tape markings on the cement, 6’ apart. I was the 3rd one in line and I was very impressed and very comfortable with NO mask. Only 3 customers (seniors) in the store had masks and I wasn’t worried at all. Everyone followed the guidelines and there were enough staff to help steer anyone who were unintentionally going the wrong way.

I was pleasantly greeted and I consciously watched who was in front of me and tried not to dawdle too long in one area, although still getting what we needed.

Our food needs and my safety are the main objects of my concern while in there. Stock up with what I can and get out. I was in the store about 30 minutes and as I was emptying our food on the conveyor belt, Donna was walking past and teased me about shopping in HER store. She has the luxury of being about 5 minutes away so can pop in often without getting up at 6! 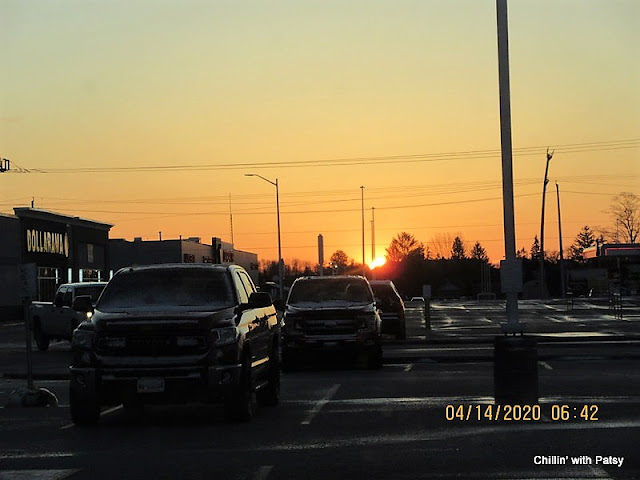 Bill helped me load the bags into Ptooties and we were back home by 8. I emptied and dutifully wiped each item down with Lysol spray before putting them away. I know it is important so I don’t begrudge the extra chore right now. Then we had our first tea and coffee and caught up on blogs. It is a cold day, -2C/28F, but the winds were low enough not to alter the temperature yet. Bill went out and checked our propane tanks, surprised that we still didn’t have an empty one since Rob brought us one over 3 weeks ago.

It was around 9:30 that he went down to work in his cargo trailer this morning. He is dismantling a drawer in there with runners that we may use in the Suite one day. I started my post and then sat to read the last few chapters of my book. It didn’t take me long, as it was a page turner. I probably could have finished it last night but we went to bed at 10, knowing that 6 am would come early. Isn’t that a funny thing to say? It comes at the same time every day but you know what I mean.

I took a walk around 11:30 and went as far as the house with the barking dogs, to the north. The other day, they were up at the house barking their heads off so I’m back to feeling a bit timid again until I know they are friendly. I’m pretty sure they are but it is still intimidating when they come running down the 200 feet to the gate. I had bundled up royally in my long winter hoody and long coat but still needed my hood up over my hat. The wind was raw.

On my way back, after turning east onto North Line the hood came down as the wind was at my back. The sun was warm but there wasn’t enough of it today. I was grateful to get back home. Before coming inside, I had to scramble down the steep hill to the pond to retrieve my little birdhouse feeder which had blown out of the tree. I also took the time to fill the other two feeders with seed. I’m making winged friends all over the place as the r.w. blackbirds and chickadees are frequenting them already. I didn't see him but I'm sure Chippy is not too far away.

Donna texted after we had our bacon and eggs for lunch and asked if I wanted to ‘meet’ her at Rockwood. She had something to drop off for Mom and she had some puzzles for me. Yay! I answered her but she seemed to drop off the radar. I decided I would bide my time and just be prepared for her to let me know what time. As I’m waiting, Bill hopped in Black Beauty and took a drive over to the Acreage again. After the freezing temps last night, he wanted to check on things and wrap the well pipe with a furniture blanket. As a precaution.

The air was white a couple of times with small flakes of snow. Luckily, with the winds, they weren’t sticking around but instead blowing directly across from west to east. Adios! Keep going! About 45 minutes after Donna’s first text, I decided perhaps her phone had died and she was unable to reach me so I drove to Durham anyway. I turned down Rock St. to Rockwood and couldn’t believe the full parking lot. I don’t know what is going on in there but this is the second time we’ve noticed. No Donna. Hmmm.

I wanted to go to the Post Office anyway so drove there and then she texted that she wasn’t coming until tomorrow. I got what I needed from the postmaster and drove home. The Suite floors were looking pretty dirty so I got the broom out and did a thorough sweep of the runners and the linoleum floor. Donna called and we chatted to catch up. There were some interesting stories coming from Amanda at Rockwood about Mom so my sister caught me up on that. Mom’s doing great, by the way.😀💓 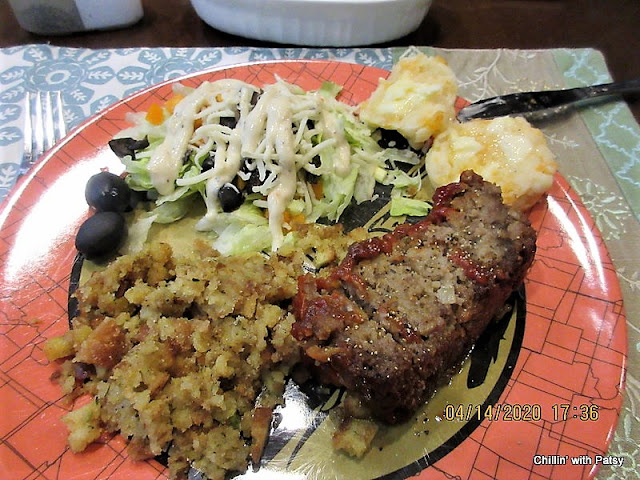 Since I wasn’t getting puzzles today after all, I decided to rework the last pair of multi-coloured slippers. They are too big and sloppy so I tore the heels out and prepared to make them smaller. I’d also got out the clay that I picked up at Hobby Lobby this past winter. I’ve never worked with it before so took some tips from the inside of the package. Let’s start with small beads of different shapes for a necklace. I have a lot to learn but it’s a slow beginning to a new craft.

I found a new book to read and recorded that info into the Goodreads app on my phone. It is just a place to keep track of what I read in a day, week, year and it keeps me opening new books with suggestions from others too. The next one is Hell’s Corner by David Baldacci with the same character, Oliver Stone, as was in the previous book. I’m sure it will be another good one. As I was working on my slippers, I wasn’t ready to open the book yet, Bill came in. It was just after 3 pm.

He was chilled so made himself a hot chocolate and a tea for me. We turned NCIS on and watched that until supper time. It will be a fairly busy tv night although a few of our shows are already done for the season. Tonight, we are having the leftover meatloaf, dressing, a couple of biscuits and a side. Nice simple suppers are good.  It tasted just as good as it did the first night, if not better. I made a salad as our side dish.

After dishes, the snow made many more appearances during the evening. The temperature didn’t get very high today and as I write this at 6:30 it is a chilly 0C (feeling like -6)/32F (feeling like 20F). With -5 overnight, we will definitely need to cuddle! Enough already! It appears as though we have another week of this left to go but I know we can survive it. 😊 We’ve enjoyed the day, have a fridge full of food again and are safe, healthy and warm.

Posted by Patsy Irene (Chillin' with Patsy) at 5:30 PM