Calmer Start to the Day, But Still Cold

I felt like I’d had a good sleep, a dreamless sleep, when I woke at 7:30ish on Saturday, Apr. 11th. I snuggled closer to Bill for a few minutes and could tell that he was still in a semi-sleep state so went about getting up, quietly. By the time I was done in the bathroom and downstairs making my tea, he was also getting up. He’s not a ‘stay in bed for a bit in case I drop back off’ kind of person. He made the bed and joined me downstairs.😉


We read our friends’ blog posts and made some comments where we wanted and finished our hot brews. At least we didn’t wake to any more of the white stuff but it sure was cold. The temperature was reading -5C/28f but it was surprisingly warm in the body of the Suite. I think the heater was up a bit more than normal. Bill ran a cycle of the furnace through just to heat the belly up a bit. The thing I noticed right away was that the winds had abated from yesterday.


I’d decided to take a walk before the winds increased, which meant bundling up like an eskimo. In my long hoody and long winter coat and toque (which I’m never comfortable in because they never stay over my ears) I was ready to go. Before my walk, Bill suggested we go and check the water and taps at the Acreage, in fact, why not get some water in our bladder? We don’t ‘need’ it yet but we want to keep those lines open during this cold time.

On the way back home, I asked Bill to let me out about a mile down the road. That was where my walk came in to effect. It was cold alright but I’m glad I was able to get out at least. Back home, I set about going through the grocery flyers for Hanover and Durham to see what was on sale and then worked on my puzzle. I’m going to be wishing I had ‘borrowed’ more 500-pc. puzzles before this cold stretch is over. I suppose I can always resort to my puzzle mat on the kitchen table and move up to 750 pc.

Bill was in and out checking a few things and when he came in around 11:30, I’d started our bacon and eggs. I’ve started a grocery list, trying to be reasonable but the fridge and freezer are starting to bare down. Between laundry and grocery shopping, Monday will probably be the day to take care of those necessities. For right now, it was just kind of a hang around day. At one point, before settling at the puzzle again, I bundled up and took a walk down the lane.

It hasn’t got very warm today. +7C/44F but the winds haven’t been as gusty. The sun didn’t take over the sky but made appearances now and then and boy was it ever warm if you were sheltered.

On my walk this morning, I remembered the reason for not wearing toques in the cold weather. I am constantly pulling it down over my ears and just getting frustrated with it. So, this afternoon I sat in the sun on the couch and crocheted a neck strap for it. Yes, childish, perhaps, but it will work just dandy for me! 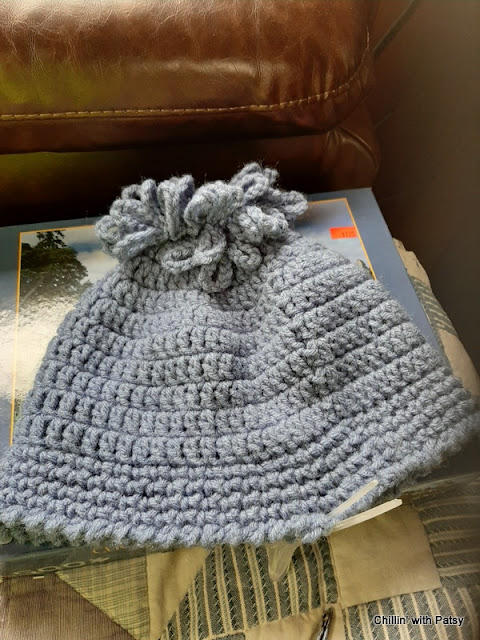 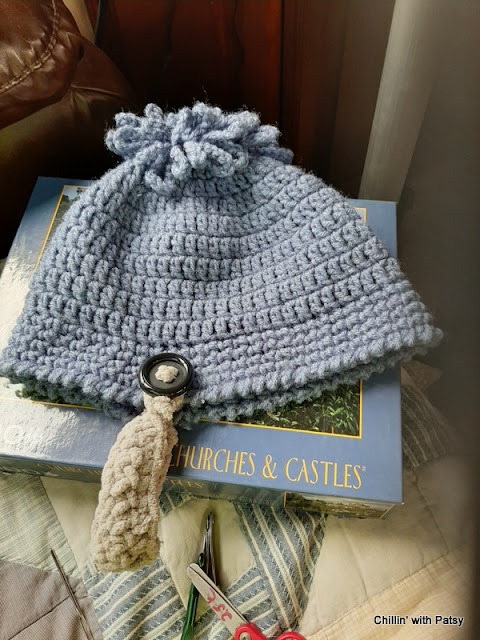 Then I worked away at the puzzle and by this time Bill had retreated to the Hangar for an hour or so. He was going to be my guinea pig tonight again for supper as I was going to make a salmon loaf with potatoes in Madame IP. Not really following one particular recipe, I bluffed my way through it. I did warn him though and praised him at the same time for his patience and willingness to try my new creations.

So, we were eating supper around 6:30. Even though the loaf didn’t quite replicate a ‘loaf’ and it wasn’t the best meat dish I’ve made, it was ‘okay’ and we will eat the leftovers another night. I had cut potatoes up small and placed them in a liquid in the bottom of the IP. The trivet sat on top with a pot containing the salmon loaf. There are things I know now not to do again, but with a dill sauce, we didn’t mind it at all. I had mashed the potatoes and served corn on the side. 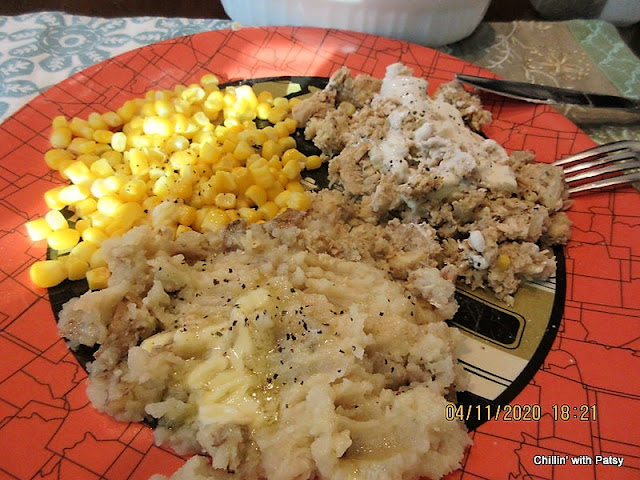 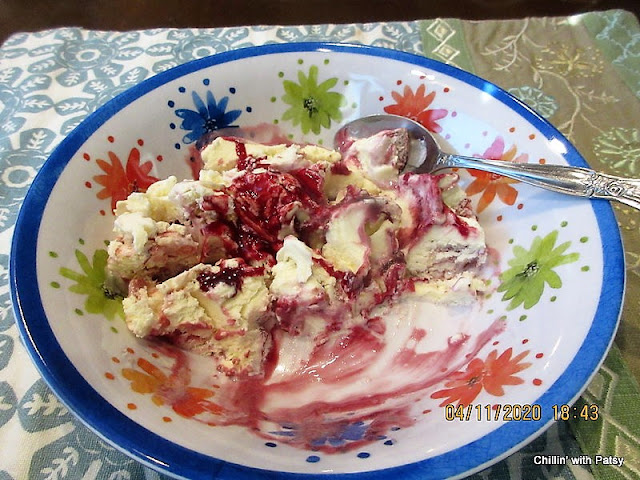 Then, we had some ice cream with my c.c. jelly. Now, that was tasty. When dishes were done, I sat to finish today’s post and then moved over to work on the puzzle.  This was a pleasant enough day. 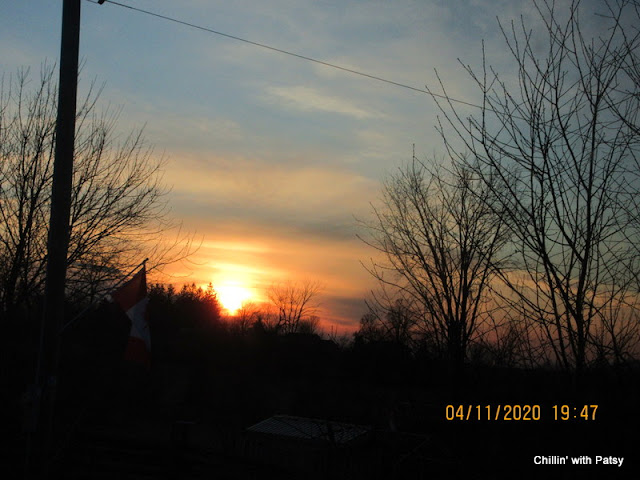 The highlight today was when my daughter called for our weekly chit chat. 😊 It was nice that Chris was home too and we heard some contributions in the background while talking to Bridgette.