Sunshine Returns and Then Snow, New Puzzle, Waiting the Cold Out, S.D. with Visitors

The Ridge
It was 8 o’clock when I got up on Thursday, Apr. 16th. Both Bill and I had woke up earlier, he looked at the clock at 6:30 and was surprised that he dropped off until 7:50. I didn’t look at the clock when I woke, it was still dark so I was happy I also dropped off again. With a chilly -3C/27F outside, I wasn’t about to be going out for a walk anytime soon.

We had our tea and coffee downstairs and caught up on our blog reading. We had a couple of phone calls re our trailer and truck insurance claims and got those taken care of. We’re not worried about the Suite damage as it is now hardly visible and the deductible isn’t worth it so we cancelled it. As for Black Beauty, we had a call from Trevor at Heinz Auto Body as well and things are in motion for her repair. Just waiting for Ford to get the parts into his shop. 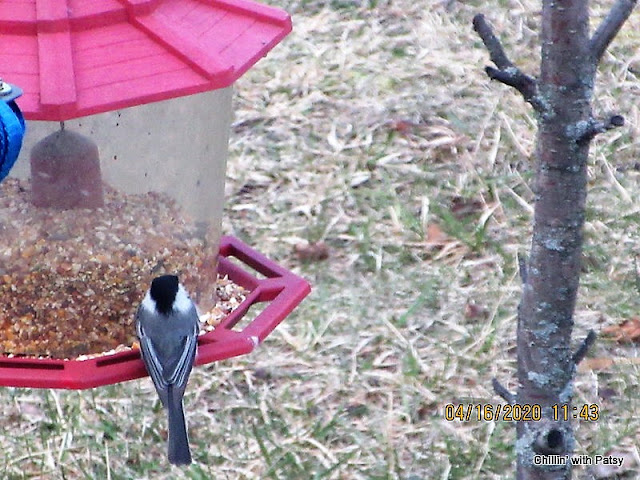 By the time we had those things settled, it was 10 o’clock and the clouds had taken charge of the sky (again) and more snow was falling. Light flakes but snow all the same. I’m glad I have more puzzles, as I’m not quite in the frame of mind for cross-stitching – yet. By now, my toes were chilled so I moved to my recliner. Without the furnace running long term, these floors do get chilly. We’ve read about some tips for warming the slides up that are worth considering.

Right now, we are mainly just waiting for the cold weather to move on so more seasonal temps can move in. We chatted with Gerry a bit and he and Bill made ‘semi’ plans to meet at the Acreage mid to later afternoon. They need to see what they can do to keep the water flowing over there. Bill didn’t want to do anything without Gerry’s approval since it is his equipment. Other than that, we discussed what to get into today. 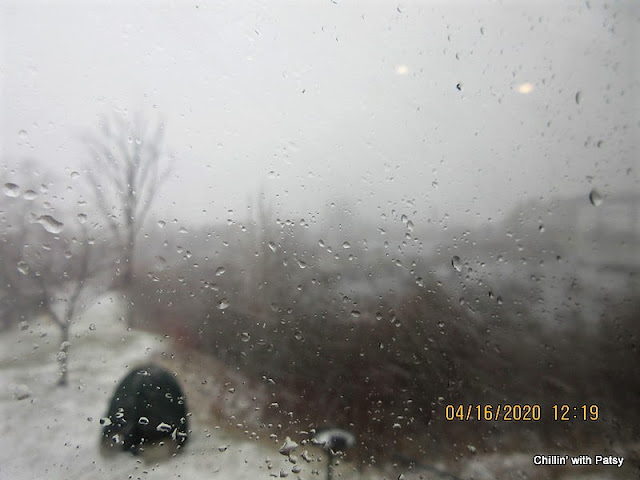 It has been ideal working the two puzzles on the coffee table but it does create a bit of an issue in the evening when the table is turned that way. Bill’s recliner reaches it and his feet are too close, causing pieces to get disturbed unless the table is left in an upright position. Isn’t there always something? Ha ha. Small things like this we can deal with.

Bill suggested something and after more chit chat, we’ve decided that it makes more sense for me to use my puzzle mat (from Deb D) on our kitchen table. No real need to roll it up each day but rather, we’ll use the coffee table, raised for our laptops and meals. At least right now, we’ll try this scenario. I made us an omelette with cut up baby sausages, onions, peppers and eggs around 11:30 and after dishes, the snow once again is making our view pretty white. It doesn’t stay, but it is crazy how it comes and goes within minutes.

It was a blustery white wind blowing through but Bill bundled up anyway and went down to the Hangar for an hour. By then it was pretty cold and nasty out there. I got the Noah’s Ark puzzle out and set up my puzzle mat. It gives me peace to sit and putter away with the pieces. There is no pressure and no wrong way to put it together so I can take my time.

Bill left to go and meet Gerry at the Acreage around 2:30. I made myself a cup of tea at 3:30 and then Bill called to say that they were ‘all’ coming for a cup of tea. I assumed that meant Donna was also over there. So, I got three more cups out. We had a gift for them for collecting our mail that we hadn’t yet given them so after I made their drinks, Bill and I sat on the couch while they sat across the room. The best we could ‘social distance’ under the circumstances. 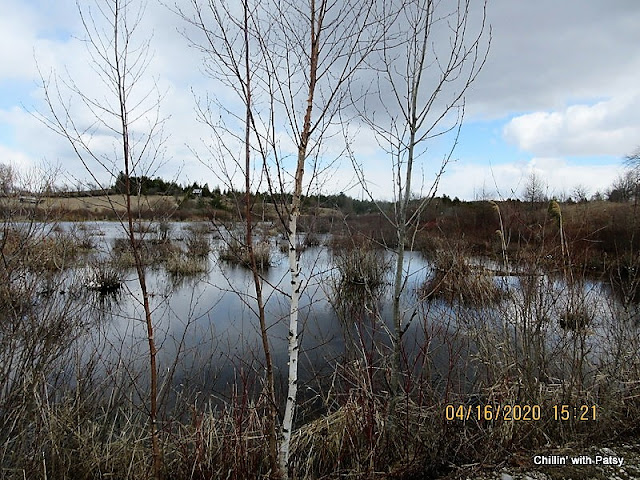 Donna loved the blanket as I’d chosen wisely. Over the winter they’d painted their whole house and I’d kept tabs on which colours they went with. The beiges and greens with white were apparently a perfect choice. Phew! Bill had also bought her a small elephant token in New Orleans and she thought that was really special. However, only the gesture of a hug was acceptable from the distance. We chatted about a lot of things and around 5 they headed home. It was nice to relax a bit with some company.

After they left, I worked on the puzzle again until it was time to start supper. I got Madame IP out and fried the ground beef with onions. I added mushrooms on top, ½ cup of water, broke spaghetti noodles in half on top of that. A can of spaghetti sauce on top of that, not stirred finished the preparation. I cooked it for 8 minutes, NR for 5 and we were eating a delicious hot meal on a cold day. Because I’d set up the puzzle on the table, we got to test out our temporary table. It worked just great!

We cleaned up the dishes and sat to watch some tv. I worked on my blog from my chair and then read a few chapters of Hell’s Corners. I chatted with my cousin on Messenger and then Keith popped in to say hello. We are all just waiting for spring to arrive. This wasn’t a very active day, for me especially. Other than a walk down the lane to collect the mail and drop a letter off, I didn’t do anything else outside. Brrr. That’s what you call ‘southwest spoiled’, I guess. I hope you’ve had a good day.