Clemson and I left Donna and Gerry’s on Friday, Apr. 21st around 8:50 am. Both of our hosts had morning jobs so we wanted to be out of their hair and their driveway in plenty of time. It was a great evening, Donna and I never have a hard time filling the hours together. 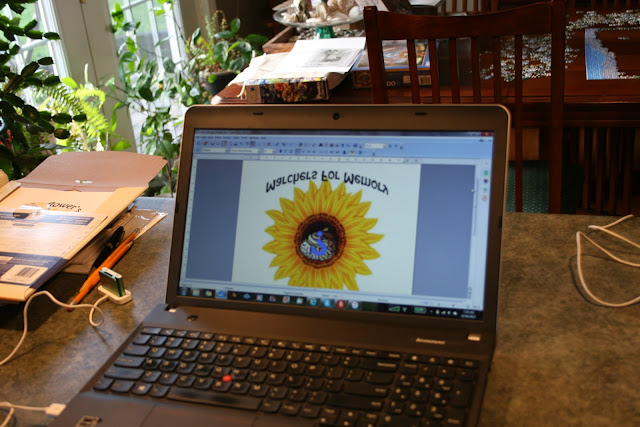 Before I left, Donna printed off a page with the Sunflower’s Marchers for Memory logo on it so I can try and make my own tank top. I left with a recipe in my head and all my overnight ‘stuff’ including my Christmas cactus and orchid that Donna ‘plant’ sat for over the winter.
The sky looked bright this morning for a while. We all looked out the window in Hanover and wondered what that ball in the sky was. No sooner did we think that and it disappeared behind the ever-persistent clouds. Gerry was helpful directing me out of their driveway, it is a short street and traffic tends to whip around their corner. 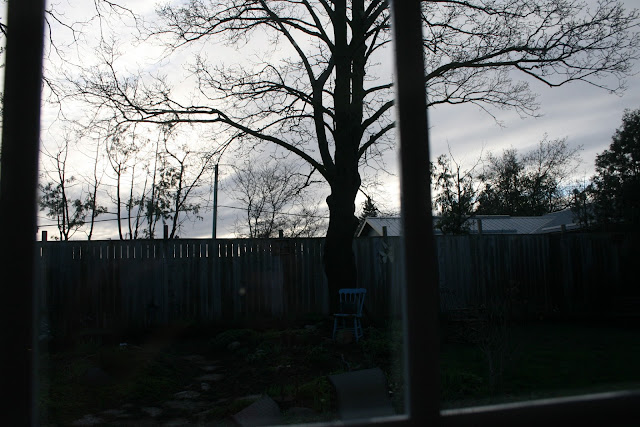 Arriving home I found some things were tipped over from the strong wind but the worst being our satellite dish. Darn! Hopefully, it won’t be a challenge setting it up again. Bill might have to add his water jugs like we did in Arizona for support. It is nice to go away but the feeling when you walk in the door of your home again is indescribable. *sigh* I’m sure Clemson feels the same way although he is such a good boy there with his buddy, Gerry.


I ventured out a couple of times, telling myself that it wasn’t that cold. I realized pretty quickly that I was lying to myself. It was darn cold and I was happy to get back inside. I dallied on the laptop for a while, played with some pictures and waited for Bill to call. He was keeping me informed of where he was so I knew when to expect him. This afternoon he was actually delivering a 40’ travel trailer to Parkhill and bringing back a smaller one. Someone is upgrading!

In the meantime, at 3:45 I drove into Durham to pick up the little buttons I’d ordered from a local business owner. Instead of ordering them by the 100’s or even 25’s I was able to order 8 for our walk. I picked them up and then drove down by the dam in town. It was really rushing today! 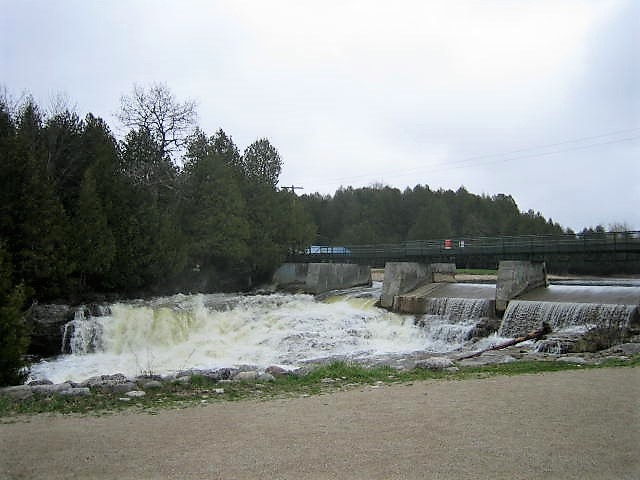 Back home again and it was around 5 when Bill’s call came in. He was on his way home. Since I had pork chops out I figured I’d just wait and we’d eat together. I was going to try a recipe from Marlene and Benno's suggestion. Maybe I’ll enjoy my chops yet!
We had taped a movie called The Heat with Sandra Bullock way back in December. Since the satellite signal was lost for the moment, I turned the pvr on and watched it. It is filled with ‘language’ but quite entertaining. One of those nonsense movies that you don’t have to dwell on but it got some good LOL’s (laugh out louds) from me.

At about 7:10 I looked out and noticed lights on a vehicle coming up the drive. Wow, thinking Bill made good time, I watched. Quickly I noticed it was a black suv, then soon after a sign on the side door POLICE.  The things that run through your head but the final one was ‘oh-oh, Bill’. I walked out and met the officer as he drove up towards the Suite.

He rolled down his window and smiled “hello”. Boy, was I relieved when he said “nothing is wrong”. The timing was just bad, my heart was in my chest until he spoke. He was looking for Bill to talk to him about trailer choices. He couldn't apologize enough for scaring me. Ha ha. Phew! is all I could say!

We chatted outside for about 15 minutes and my body was telling me to get my butt inside but he is a very pleasant man. A friend of Rob’s, so I’m not surprised about that. 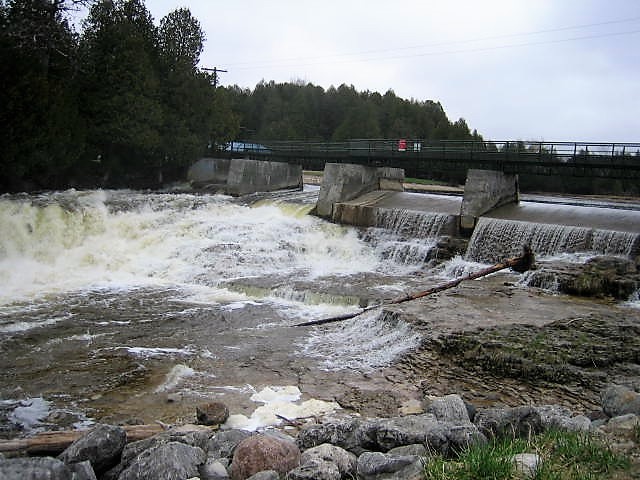 As I said goodbye and invited him to stop around again, he started down the drive only to see our little Toyota coming up. The two of them had an opportunity for a brief chat themselves before he left. I was prepared to start supper so baked a potato, coated the chops (flour, beaten egg and bread crumbs) before frying them up slowly in bacon grease.
I had my jewels leftover from Tuesday night’s meal so had those with my chop. I must say, it tasted pretty good, Marlene! Thank you for the suggestion. With supper over, dishes done, Bill caught up on his reading of blogs while I finished this post. The sun that didn’t appear all day made a point of leaving me with a sliver of a sunset. Weird. 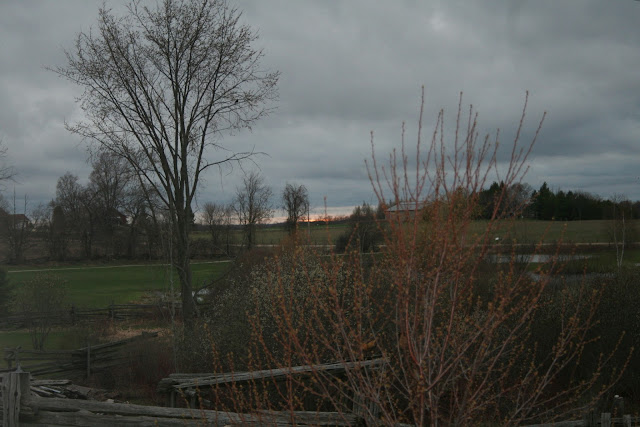 With no luck finding a satellite connection in the dark, it will be a book night. I doubt my traveler will last long anyway and he’ll be asleep in his recliner. I hope your day went well. I am happy it is over, simply because it was so cold and dull outside and I’m happy to have my hubby home again for a while.

Thank you for reading today. I love receiving your comments.
Posted by Patsy Irene (Chillin' with Patsy) at 7:39 PM