Saturday, Apr. 29th is here and I know one young lady in particular who is very happy and excited about that. My daughter, Bridgette, is boarding a plane today heading for Hawaii! After moving from one home to another as well as supervising the company move from London to Guelph, all while keeping her office running, this is a gal who deserves a fantastic vacation. Aloha, my sweet! 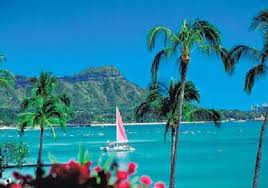 We woke up late, around 7:30 and actually that felt kind of nice, sleeping in. It was a restless night for both of us so that explains it. It wasn’t a sunny start today and it certainly wasn’t a warm one, sitting at only 4C. The sun broke through the clouds before too long and after reading and our coffee, I bundled up and headed outside.
I was determined to get a start on my vegetable garden plot. With shovel in gloved hand, I climbed the hill behind our Suite and tried to see where it would be easiest to dig. Not there, rock, not there, rock, not over here either. Gol-darnit! I had my heart set on planting some things. Before I gave up, I moved over to the far southeast corner near the fence line and where we stop cutting the grass.
The shovel went in so I started working in a 6’ x 4’ area to outline my plot. Yes, there were some rocks but I was able to at least make headway. I worked for about 4 hours off and on, coming in for a corn muffin and then back at it. I was determined to get all the top grass off before stopping for the day. My back will NOT thank me for my determination. 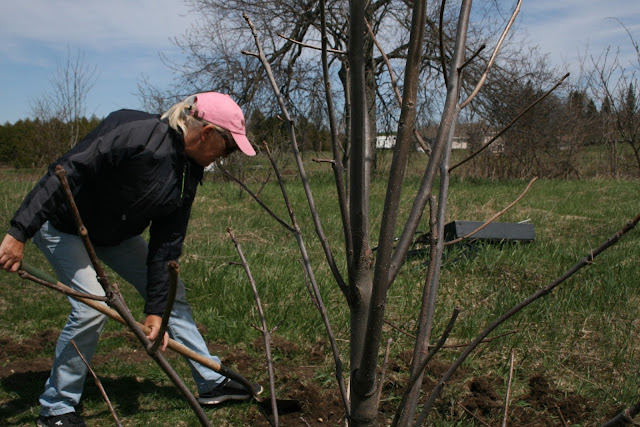 While I worked away at the soil, Clemson watched for a while and Bill got out the weed whacker and went around the fence line. Nice to get a start on that, it will make a huge difference for his first cut. The Ridge looks better already. I finished torturing myself around 4 o’clock and went for a walk down the lane and through the field. I know it helps to stretch my leg and back muscles out before coming inside to sit.

I hopped in the shower before dinner to prepare for our evening out. We were invited ‘sneakily’ to my sister, Donna’s, for a surprise gathering for Gerry’s 65th birthday. His actual birthday is tomorrow but us girls are heading to London for the clothing exchange, you’ve heard me talk about it. Donna wanted to do this for him tonight.

By 5 we were both feeling hungry so Bill lit the Weber Q earlier than usual. Instead of the usual salad tonight I went all out and boiled up a large spud. We don’t have them often but once in a while it is nice. With the coolness of the day out there, high of 9c, it was good to have a hot meal tonight. The sausages were mild Italian and very tasty. After dishes, I downloaded my pictures from the day and put some of my post together.
We were headed into Hanover by 7:30 and managed to be the first to arrive. Gerry is so laid back that he didn’t seem surprised to see us, but then again we drop in a fair bit. Cathy and Bill, another sister, then Gayle and John arrived and the gig was up. He knew it wasn’t a coincidence. So we all broke into singing Happy Birthday. I can't remember if it was before or after the song when my niece Joanne with Ted and then Mike arrived.


It was a fun evening sitting around shooting the breeze with drinks and munchies. It came to a close around 11:30 and we drove home to the Ridge. By the time we arrived, Gerry was officially a year older and could reap the extra benefits of a 65 year old! Happy Birthday, Gerry!

Calling it a night for obvious reasons, it was too late to finish my post. I hope you had an enjoyable day as we did.

Thank you for reading and I would love to hear from you.
Posted by Patsy Irene (Chillin' with Patsy) at 6:19 AM