Bill was actually up first on Thursday, Dec. 28th. Not by much but still, it is rare nowadays. He used to always be the first to rise out of bed and I slept in until 7:30 if I could. Today we were both up by 7:30, drinking our brews. It was another warm start to the day registering 51F on the outside temperature. When I finished my tea, I prepared to go for a walk.

Bill was in the middle of reading my daughter, Bridgette’s, latest blog post. Now she is the writer of the family. We get a kick out of her independence, humour and dedication to things she loves. If you are interested, check it out at Two Cents. If not, the title is Inked and here is what she is writing about.

When he finished reading, he joined me for our walk around the park. It is always a treat for me when he wants to walk with me but I don’t put pressure on him and I know not to expect it on a daily basis. After getting back, I hopped in the shower and Bill had some cereal before getting his toy out again. Today it was fully charged. 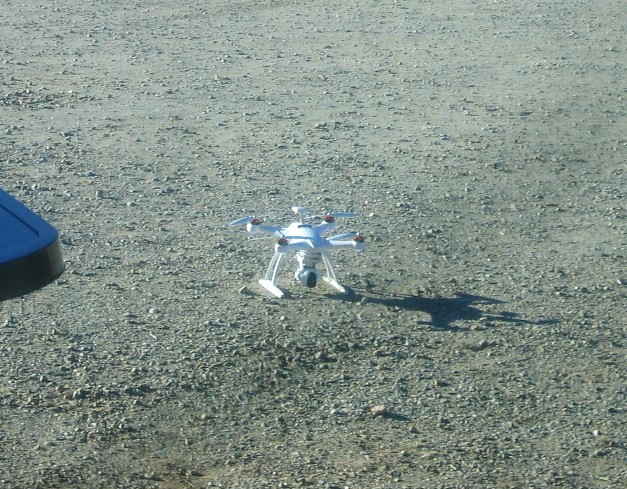 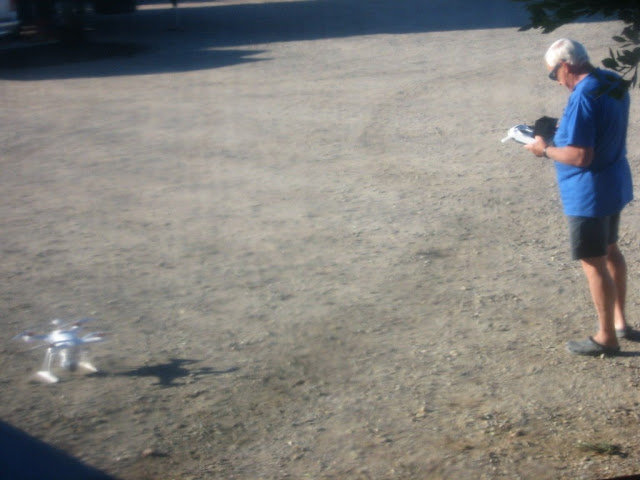 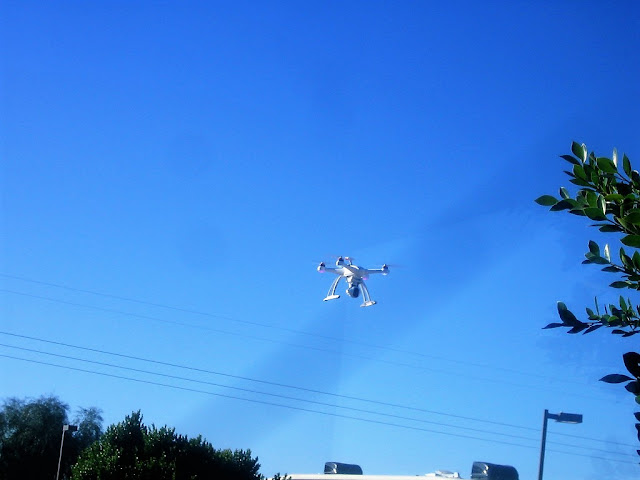 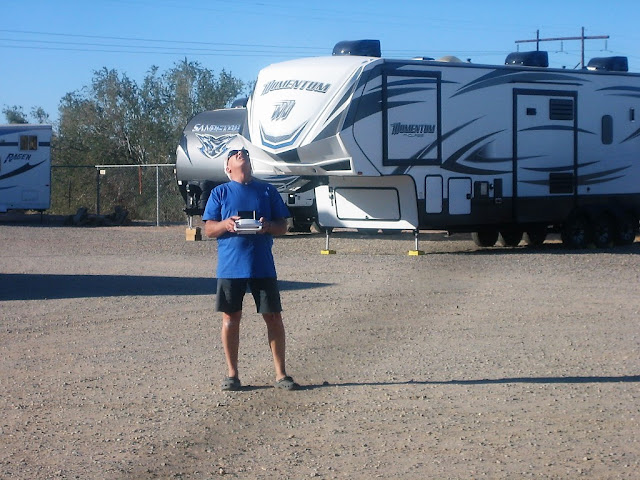 It is a calm day, so far, although George told us last night it was going to be windy, coming from the north at 10 mph. After Bullhead City that shouldn’t feel too bad to us. It was time to give my fingernails a refresher so removed the chipped Pink Pout shade and painted them in Coral Bikini. I don’t have nice nails and seldom paint them a bright colour. I can never sit long enough without smudging them.

I didn’t want a big breakfast today either, since we are going out for lunch at 1 pm with friends. I figured an orange and some yogourt would be enough since it was already 9:30. We are being overrun with fruit flies here and I’m wondering if it is because of the ficus tree on our doorstep. They aren’t just inside but outside the windows as well. Suzie has them in their coach too and it seems a ‘fruitless’ battle to get rid of them. Ha ha how is that for a play on words? LOL

We’ve got a dish of apple cider vinegar off in a corner with saran wrap over it. The teensy holes will allow them in but not out. It works to some degree but not 100%. There are just too many. They are so annoying all around our faces and sink. It is always something, isn’t it? Sorry to be griping about something so minor!


Bill and Clemson moved outside to read so before I went out to join them, I got out our Black Flag fly, ant, bee and ‘other annoying bugs’ killer. Making sure there was no food out and covering our coffee mugs, I sprayed generously throughout the Suite. Bedroom, bathroom, living room and kitchen areas all got a good dose. Then I closed the door and went outside.

We were outside for a while before deciding to have our second brew of the day. We noticed a few of the teensy flies but a whole lot less than before I sprayed. Bill doesn’t like to sit in the sun so he moved around a couple of times and eventually went inside. He is reading another of Lee Child’s books, Never Go Back, with Jack Reacher. It must be good.

I finished a chapter and took my camera for a walk. It was 12 noon.


We cleaned up and walked over to hitch a ride with George and Suzie to Yuma. They had invited us to join them one day to go to Lin’s for their Chinese buffet.

Heading in for 1 o’clock guarantees that it isn’t as busy as it would be at noon but also guarantees a great buffet for only $8.81. Wow, that is fantastic!

There is always such a feeling of obligation to eat as much as you can when really it doesn’t take more than one plate full and you’re already looking at the cost of your full meal. I used to like Chinese buffets so I could sample things but learned early on that I would waste food.

Now, I stick to what I know I like. I still ate a lot, probably more than was necessary, but it was all very good and I savoured every morsel. Even the chicken wing I took although it had a kick to it.

We shared a table with Sue and Roger as well who accepted the invitation as well. It was good food and a good time. This is our 3rd visit since last November but definitely not our last. I’m not generally a tease, but George challenged me to take a photo of the bananas coated in a strawberry sauce for our friend, Pat.

Pat and Rob couldn’t make it south this year so you guys back home need to know that we ate enough for everyone!

Back home, I soon decided that even though it was time for the tradition of Happy Hour, I wasn’t participating today. I felt tired and just wanted to get my lounge chair out and rest, possibly with a snooze in there. Bill readily agreed and he moved inside. He dropped off almost immediately, I could hear the firewood stacking up indoors. I’m not innocent, I did drop off for a cat nap as well.

With the temperature sitting in the high 70’s (sorry, Lorne) the sun was too hot (can’t believe I’m saying that!) so my feet were in the glow and the rest of me in the shade.


When I came inside after probably an hour, Bill asked me to check his forehead. He felt very hot, close to feverish. Hmm, that’s not good. He’s had a bit of an annoying cough today from a ‘tickle’ in his throat so I hope he isn’t coming down with something. I made him a tea with honey, since he refused an offer of mullien tea (Donna, I tried!).

It was just 5 so I went for a walk to the clubhouse and made a contribution to the puzzle. It looks like I’m the only one working on it and that is fine but I need to stay longer. Tomorrow, I will make a commitment to spend more time there. I do enjoy it. That is one thing I miss in this lifestyle. Having room to work on a puzzle anytime of day or evening. Oh well, I’ll take advantage of the parks that offer them. 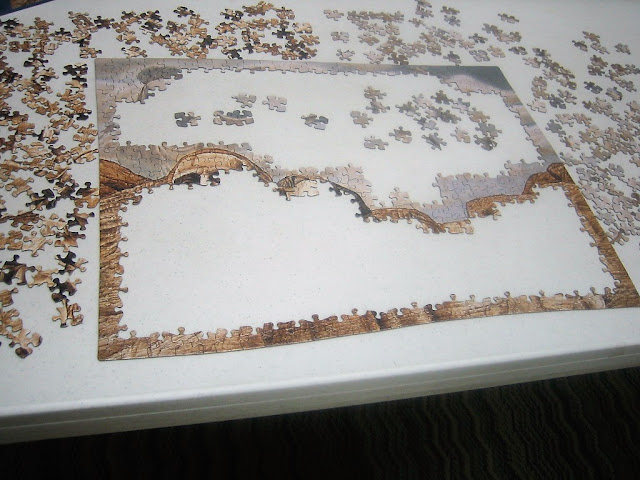 Back home, I noticed George and Suzie sitting outside with their media devices. Suzie reading and George, no doubt, finishing his blog post for today. I captured a few (too many) pictures of the sunset over the fence and wasn’t surprised to see another lady out doing the same thing tonight. The sunsets are just stunning! 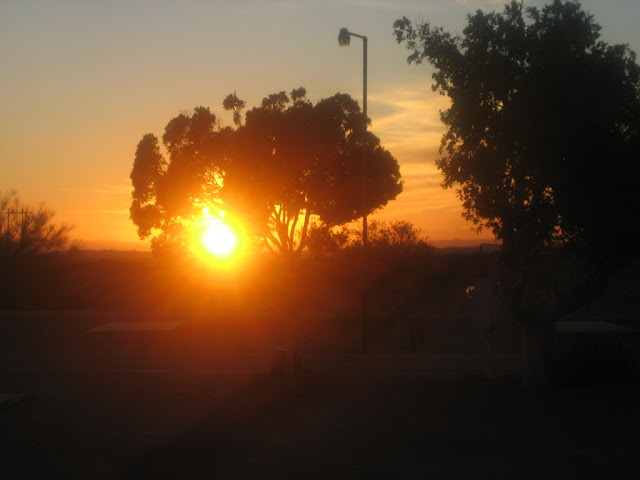 This has been another wonderful day in the desert of California. I hope you’ve had a great day and if you are back home, snowed in, please take care when you are clearing the white stuff and especially driving and walking in it.

Thank you for stopping in! I love to hear from you!

Posted by Patsy Irene (Chillin' with Patsy) at 8:42 PM