Winds Return, This and That, Poker Trials, Cheesecake and Meatloaf Night

Sunday, Dec. 17th has arrived. Just 8 more sleeps until the big day. Still doesn’t seem possible! Just 4 more sleeps and I can join the fray and get OUR Christmas decorations up! I can’t wait!! With the winds gusting to a possible 35 mph today it is doubtful Bill will get out on the ATV for another day. I have indoor plans but won’t comment until I see what actually happens. 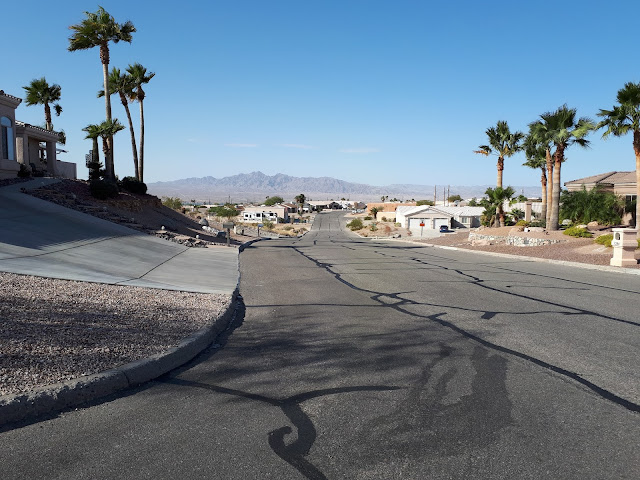 Bill and I had our morning drinks, sticking to tea and coffee, leaving the heavier stuff until later this afternoon! We read blog posts and comments and then I got my pennies out. We’ve talked about trying the Three Card Poker at the casino one time and since Bill has never learned poker, I thought we’d play at home first. I don’t understand all the betting stuff and have never actually played poker outside of the house.

Well, that is untrue. Once, years ago, with Bill’s family we went to a Rotary Club Silent Auction in Stratford. The girls and I played for fun. That was the year I won a pair of solid marble book ends from the auction. Anyway, I googled instructions and tried to play a few hands. We’re hoping one time we go to the casino that the dealer will be idle and interested in showing us the game. Just for fun.

We had a bowl of cereal for breakfast and discussed the upcoming days. This is great here as we know there are lots of things to do, if we so choose. It is also a nice quiet place to sit and just do nothing, as you noticed from yesterday. I remembered that I had purchased a couple of graham cracker pie crusts at the food discount tent in Quartzsite so decided today was the day to act on it.

With softened cream cheese, I began mixing up the few ingredients required to make a Strawberry Cheese Cake. Woops, it calls for sour cream but I only have sour cream with chives in the fridge. Hmm, that won’t work! Improvise time and hope it works out. Bill is subjected to quite a few of these ‘bloopers’ when I’m cooking and baking. As long as it is in his ‘favourite food group’ he usually likes it.

Bill’s food group usually = dessert, namely cookies, tarts, crisps, pies, cheesecakes, you get the picture. He is lucky that those are the things I like to bake too! So, with the cheesecake cooling, it actually seems like the yogourt I substituted worked just fine and no doubt it will taste pretty good too, I think.


One more project for tonight’s supper is meatloaf on the Weber. Time to dig out George’s instructions for doing that with whatever recipe I choose. Simple is my motto, not being into fancy meals AT ALL! I have many meatloaf recipes so just need to pick one. Cleaning up after baking is never a favourite of mine but I find if I do it as I go, where possible, it isn’t as cumbersome a job.

By the time I’d finished with the cheesecake I noticed my two sweeties were sleeping so I slipped on a jacket and went for my walk. Down Kibbey to the top of the first grade and after watching some Gambel Quail pitter patter across the road, I turned around and came back to Griffin.

I must be a familiar sight now after walking these streets so much……..but the funny thing is that I seldom meet anyone! Even on weekends, I might meet 1 or 2 people tops. Today, as I turned onto Barite headed for home I saw the mail truck coming my way. It stopped in front of a house and the mail lady delivered a parcel. What? Isn’t this Sunday?

When I was parallel with her vehicle I commented on the weekend delivery and she replied that they did at this time of year. I suppose, gotta get those Christmas gifts delivered! Only in U.S.A. you say? Pity! When I got back, Bill was reading so I sat down at my laptop and placed an order on Amazon for something I’ve read about and want. When it arrives, I’ll show you. It should be delivered to our next campground, on Friday.

I suppose, now that I’ve placed the order, I should have stopped and remembered the bloggers who suggest we go through their site to place an Amazon order. Well, I do apologize but I totally forgot and then there are more than one of you so I wouldn’t want to favour one over the other. This is only my second Amazon order…..ever! 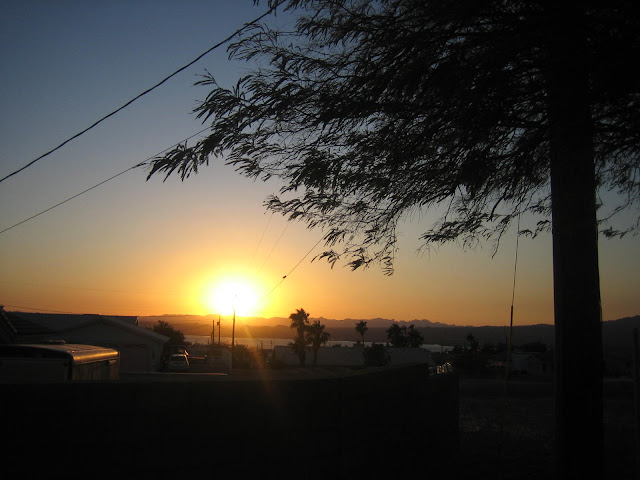 I sat in my chair beside Bill and finished my Lee Child book. Oh, my, goodness, it was so good. They all are, no favourites really so I am not surprised. Bill is into a James Patterson one called Beach Road. I’ve read it and it was also very good. I had some mixture of strawberries and yogourt left over from the recipe so poured it into my blender and added some extra ingredients. That made up a delicious smoothie!

It was 3:30 when Clemson decided it was time for his supper. That’s pretty good for him, usually he starts bugging before 3. When Bill got up to feed him I got up as well and pulled out a Betty Crocker meat loaf recipe. I never know what the meatloaf will be like but you can’t go too far wrong with hamburger. So, I mixed up the ingredients for that and placed it in foil in the fridge for an hour or so.
I’ve never done it on the Weber Q before but I’m willing to give it a shot. Then I prepared a couple of potatoes, washing and cutting them into medium sized pieces and wrapping them in foil with butter and seasonings. They will take approximately 20 – 25 minutes and the meatloaf closer to an hour. Low and slow. 😊

After removing it from the fridge, obviously this recipe is not conducive to direct cooking on the grill. It wasn’t holding together too well and seemed much too soft so instead of bringing it in and putting it in a loaf pan for the convection oven, Bill suggested I leave it in the foil to cook it. The result 45 minutes to an hour later was not perfect as it stuck to the foil. However, I think it still tasted really good, with the burnt part removed, of course.

With the dishes cleaned up, Bill put one of his Christmas movies on. We’d both finished our books and there was nothing on until 7 o'clock.  I have a Stuart Woods novel now called Under the Lake that I may get into tonight. He’s another good author.

When Madame Secretary came on I joined Bill to watch the finale episode for this season. It has been an even more relaxed day than yesterday and I didn’t think that was possible! I hope you are getting some relaxing in of your own today.


Thank you for stopping in. Sorry for the lack of pictures, that is what happens when you don’t do anything! All comments are appreciated!
Posted by Patsy Irene (Chillin' with Patsy) at 8:38 PM