Yuma Lakes RV Resort, Yuma, AZ
It was Thursday, Dec. 12th. Today is our 3rd oldest grandson’s 18th birthday. There was a bit of a distraction from that though because in our own neighbourhood, we were celebrating our friend, Bob’s birthday too. Happy Birthday, Braeden, I hope it has been a fantastic day! We know he would have received our card by now.


I was up at 6 and in the shower immediately. Bill got up as I finished and we had our morning brew together while reading blogs. By the time we were finished, it was light enough for a walk. Once more I was pleasantly surprised when he put his shoes on and joined me. We had a lovely walk, around a wider perimeter of the park, down by the lake, out the main lane and around the block surrounding the park. We met Jo-Anne and Higgins at one point and walked together briefly. 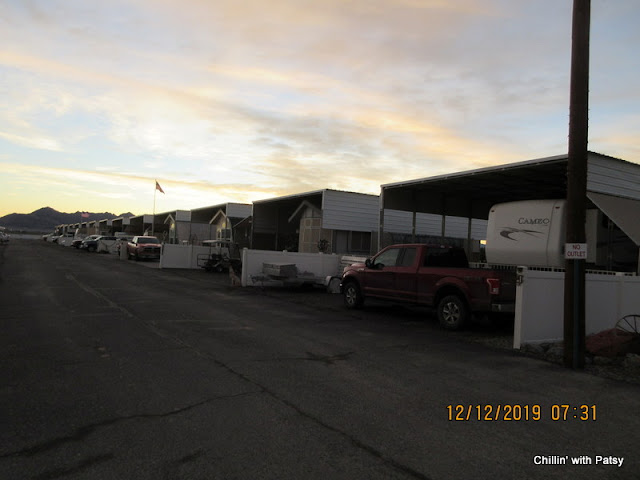 Back home, Bill had some cereal and I had some oatmeal for breakfast. We had a plan to meet Ken and Kim at the Arizona Market after 9 but rather than sharing transportation with Bob and Jo-Anne, Bill and I said we would take two vehicles as we wanted to shop afterwards. That was true, but there was a bit of finagling on the sly involved there. We’d told Jo that we would pick up a cake for Bob’s special day on the way home.

We arrived at the market shortly after 9 and it was a typical market day. The sun was warm outside but inside under the tents and in the shade, it was quite cool. We had all dressed warmly enough and enjoyed perusing the vendors. Bill and I found a few things, including a blood pressure monitor. We’ve thought about it a few times but today, the price and the vendor was just right for us.


Bob and Jo-Anne left first to do some shopping of their own and we hung around for another 20 minutes or so. We said goodbye to Ken and Kim and invited them back to Yuma Lakes to pass time until dinner time. We relaxed until 1 and Bob drove us in to Lin’s in Yuma. K & K had to drive separately, again, too bad we can’t all fit in one vehicle. I enjoyed Lin’s much better today than previous times because I wasn’t so irresponsible with the food. 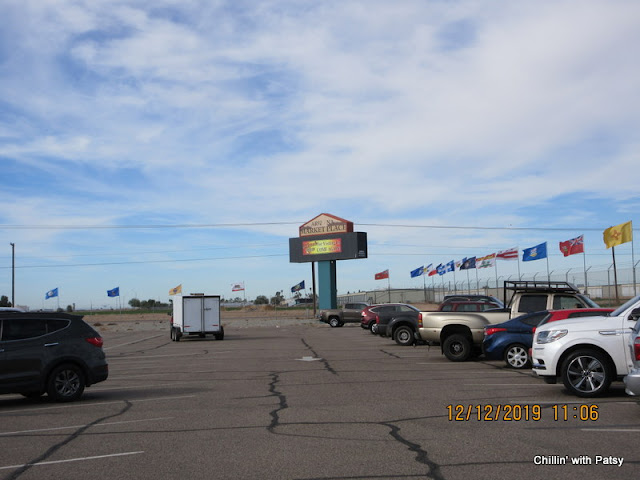 I had 2 plates of food and 1 of dessert, but my choices were more sensible and the plates not so full. It made a big difference in how I felt when we left. For a great price of $10.49 p.p. + a 10% discount for seniors, how can anyone complain about this lunch? 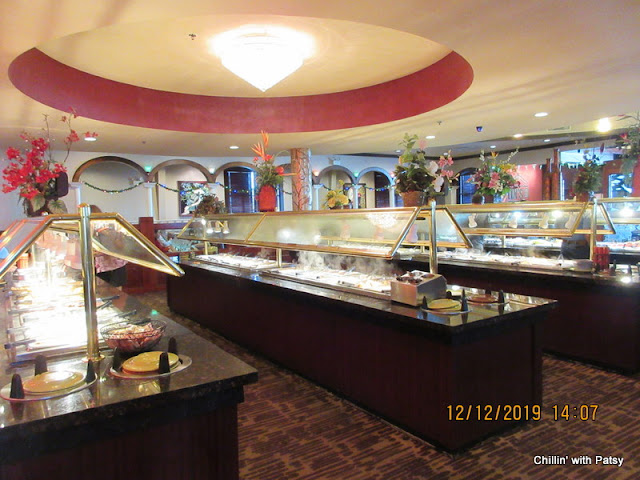 Some of the others were quite full and uncomfortable so back at our site for Happy Hour, we just relaxed with a drink of some kind. Just before 4, Jo-Ann, Kim and I came to our Suite to get the cake out, cut and lit for Bob.

I don’t know if he was surprised when we came out singing Happy Birthday but I do know that by then we all magically found room for a piece of the fudgy cake. The ‘party’ broke up around 5 and Ken and Kim left for Pilot Knob before dark. Since we didn’t need supper, I took a bottle of water up to the puzzle room where I worked away for about an hour. It is coming together and between Mr. Puzzle (Don) and I, we are making headway. 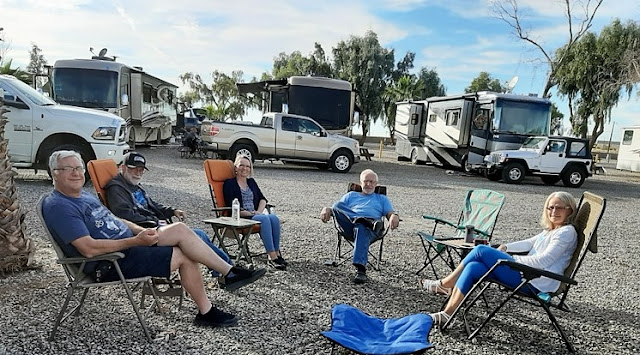 I walked out and met Jo-Anne and Higgy in the area so we walked back together. It was so mild, still 66C, I do believe one of the mildest evenings we’ve had yet. We were expecting a full moon tonight but after the pretty pink sky performance, the clouds made that impossible to see. 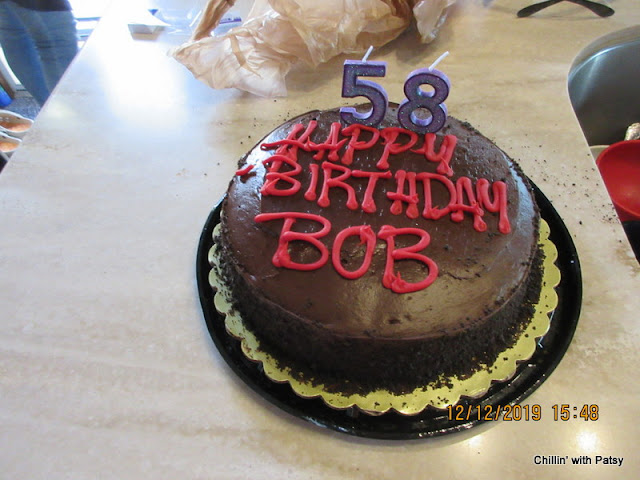 I picked up 3 more books from the shelves and brought them back for future reading. This was a fantastic day! I’m looking forward to line dancing in the morning and then after that……….probably a quiet day. Tonight, I needed a snack around 8 so cooked up some buttered popcorn. Yum, that hit the spot.

Thank you for popping by today! Your comments are always a treat for me to read.

Posted by Patsy Irene (Chillin' with Patsy) at 9:06 PM