Yuma, Arizona
It was around 6 am on Monday, Dec. 9th when I woke up. The same for Bill as he was already up out of bed. I joined him by 6:30 and yet still had to wait until 7:15 before it was light enough out to go for my walk. It was 57F/14C and there was a slight wind, around 6 or 8 mph. I took a nice walk around the park for a total of 1 ½ miles. On that walk, I saw a lady up ahead walking her small dog.

From a distance, my heart pinged, then it panged. That pooch looked like a mini Clemson. I think you can see the resemblance. Of all the dogs we’ve seen and met so far, this one was the first with the same colouring, identical colouring.

Her name was Dolly and she was a 7 yr. old friendly little poodle/yorkie mix. Clemson had more fur around his nose but the rest was unbelievable!Her owner and I chatted for a bit and I moved on to capture more sunrise photos.

Back home, I showed Bill the picture and he just said “oh my goodness”.

Across the lane,Bill pointed out another small poodle/yorkie. This is just too weird. Are we having messages sent to us from a little bum up in Doggie Heaven? These little ones are so cute and it sure makes us miss him all the more.

I had my tea back home and after Bill got cleaned up and had a bowl of cereal, he walked over to chat with our friends. We wanted to go to Sam’s Club and invited them along to show them both the Yuma Palms mall so they could navigate it on their own whenever they wanted. 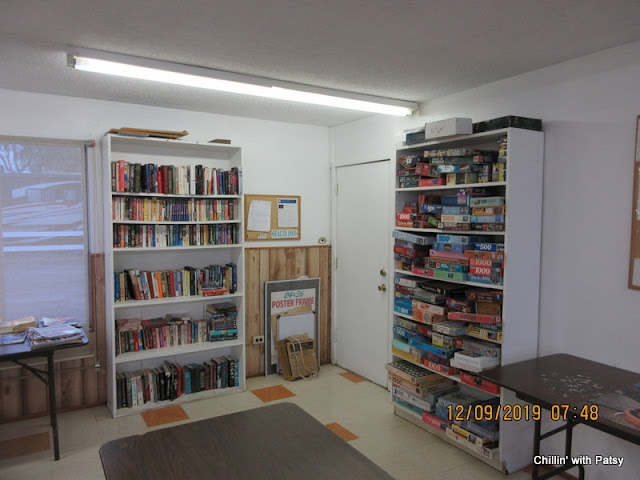 We also stopped at Southwest Exchange on 32nd Street and they found some neat ‘gotta have’ things plus made an appointment for a haircut for Higgins. We drove down to the ‘kitchen’ store that Rob and Pat took us to last winter but sadly, it was only open Wednesday to Saturday. Another time I hope they stop as it is a neat store with lots of gadgets. I’d like to go back myself one day. It was after 12 noon so we drove home.

I made us a nice loaded omelette and Bob showed up at the door with a couple of warmed Olive Garden garlic breadsticks from their supper the other night. That topped it off nicely.

Bill did his own thing while I changed into my bathing suit and prepped for the pool. I texted Jo-Anne where I would be in case she wanted to join me. Only one couple was there when I arrived.  This surprised me on such a gorgeous day but then again it was only 1:30.

I wasted no time as I spread my towel out on a chair and stepped into the pool. Oh, my goodness! It was so warm. I later learned from the ‘pool boy’, Tim, that it was 86F! Beautiful! I floated around on a complimentary pool noodle and then tiptoed quickly over to the hot tub which was 104F. The wind had died some but it was still cool when you were soaking wet. As I was getting out of the tub, Jo-Anne showed up and set herself up on the chair beside me. Yay, it was nice to have company!

She loves the sun as much as I do so she sat for a while. Once we got really hot, we went in the pool and it didn’t feel quite as war to me this time. Naturally, our bodies were steaming. Ha ha. We floated around for a bit and chatted with the few others that arrived. 6 out of 7 were from B.C./Canada. The hot tub was where Jo-Anne really smiled and then we sat and dried off as much as possible until 4 o’clock.

We walked back to our sites where we changed and got together for Happy Hour. The boys had a good afternoon as well.  At 5, we went our separate ways and Bill grilled a pork chop for himself while inside I prepared Caesar salad and fried myself a nice piece of liver with onions. Supper was good and to top it off, we had a dish of Tillamook Oregon Strawberry ice cream. I had some walnuts on mine and it was creamy and delicious.

While I worked on this post, Bill turned The Voice on and we watched that together. They are into the semi finales so many of the performances are really well done. I’m not a fan of today’s music so it is hard for me to judge the young singers on some of their songs. The day was a great one and I finally got in the pool, first time since we left home. We must be in Yuma! I hope you’ve had a good day too. Probably tomorrow will be a stay at home day for Bill and I.

A special Happy Birthday wish goes out to my girlfriend, Brenda,

back home and a big kiss sent up to my Dad in heaven on what would have been his 96th birthday. He was far too young when he left us at 71.

I miss you, Daddy.