Overnight Rain, Inside Days are Nice Too, Bruce, Elvis and Bill Returns Home

Clemson and I woke up at 3ish on Saturday, June 23rd but just enough for me to lift the covers allowing him to crawl underneath with me. Back to sleep until 6:15. This time someone needed out for a piddle and it wasn’t me. We crawled back in and I finally got up for good around 6:45. The little bum didn’t move a titch when I slipped away from his warm little body.

Downstairs, I opened window blinds and turned the Keurig on for my tea. Bill called when I texted that I was up and we chit chatted for awhile about our day. Looking at the gray, cloudy sky, I knew I wouldn’t be outside much. We got a fair bit of rain overnight that started around 10:30. It was nice and gentle and things looked very wet this morning although no puddles. My flowers and vegetables are smiling today and more rain to come.

I quickly went on line to read comments on my post and then got off. Still have a few days to go of this conserving data usage. I have a couple of things that need to be stitched so will take care of those things today. I’d also like to go through more drawers in the kitchen and living area. Some are congested so I’d like to remove some things. How do you end up with duplicates? I’m not talking rolling pins here, Rob, I know how I got more than one of those! 😊

Sitting in my pjamas this morning, there is no rush to start doing anything until I’m good and ready. I chose to plug in last night before I went to bed just in case we got a downpour early, making it ‘dampening’ to run out this morning. It would be a good day to pop a music dvd in the player while I’m working. Bruce Springsteen would be a great one. Well, I can’t dance in pj’s so I soon got dressed and began sewing.

I had a button to sew on for Bill and an alteration on a summery dress I picked up. I wanted to add a couple of large silver buttons to the dress but even after I emptied my small sewing containers, I still only found one button the right size. I found a couple of brushed silver cowboy hat buttons so they adorned the dress. I may not like the look when I put the dress on but they’re easy to remove. 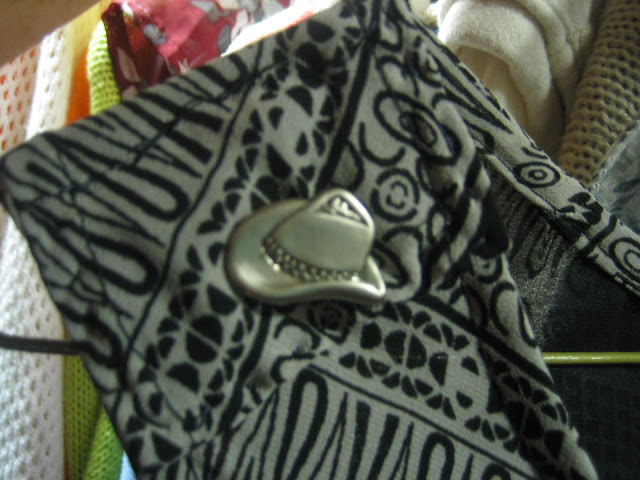 This project gave me an opportunity to sort through the little fiddly stuff and now each thing is organized in little bags in the kit. Paper clips here, safety pins there, earring backs in this bag and buttons and clips in there. It was a worthwhile endeavor and I felt better as I put everything away. 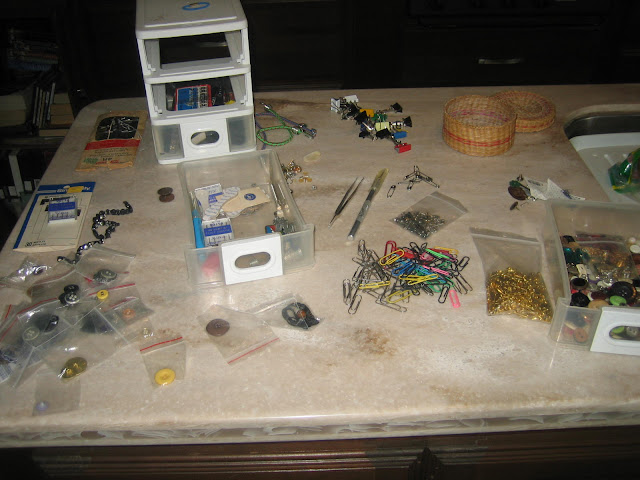 Instead of a jumbled mess, this little finicky stuff is now in packets
for when we need it


Then with Bruce still performing in the background, I found some recipes that are not overly sweet things. Not paleo either because Bill can’t get into the taste of any sugar-free stuff yet.

I had some bananas to make use of so I made a couple of smoothies. One for me and one more for Bill, if he’ll drink it. I love smoothies and it is the best way to use up fruit if we aren’t eating it fast enough.

Then I found a recipe for Monkey Cookies that I’d never made. It called for oatmeal, banana, cocoa and peanut butter so let’s give it a try. Bill can decide if he likes them.

When Mr. Springsteen’s 2 dvd’s in Barcelona finished, I pulled out Elvis’ ‘That’s the Way it Is’ dvd. It makes me sad to think about the entertainer we lost every time I watch him but it doesn’t stop me from watching. 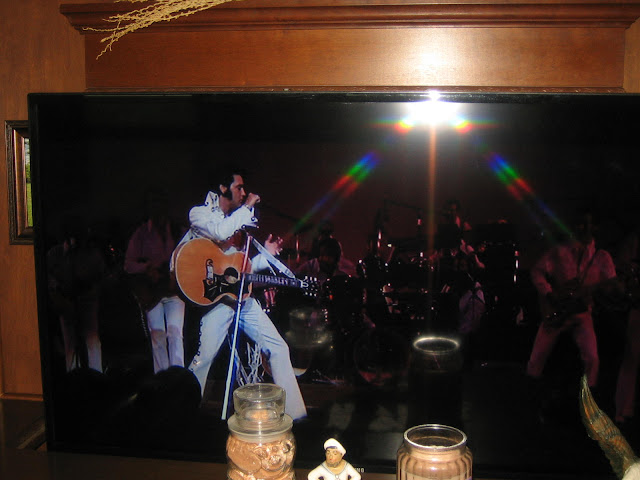 This one is a Special Edition put together in 2000 from film clips taken in 1970 and it shows rehearsals and concerts. I love his sense of humour and his flirtatious actions with the ladies. It shows Elvis, the performer and Elvis the friend to his band mates and his fans. 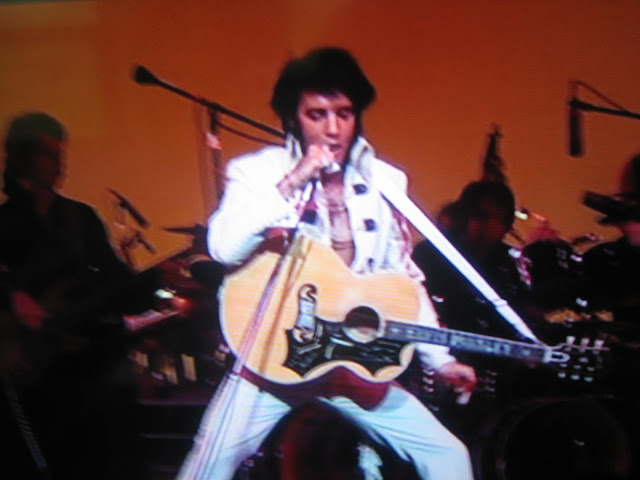 My baking was done and so was the clean up when Bill called at 10 to 4 to say he was leaving Stratford after stopping to see Marilynne. I don’t imagine that would be easy for him, for obvious reasons. I wrote a bit more on my post and then Clemson and I took a walk down the laneway. We have resorted to hand signals/motions to communicate with him and because we used them from a young age, he seems to understand them quite well.

There is so much geese transportation up, down and across the lane that the black droppings are quite frequent. That slows Clemson down a bit while he checks them out. Nothing too interesting as he doesn’t dawdle for long and he is trotting along again and passing me.

There hasn’t been any rain today at all although it looked like it was possible all-day long. It has been a mild 66F/19C since shortly after we woke up so windows are open.

Supper with my sweetie tonight will be easy, more meatloaf to clean up. He’ll have potatoes and corn and I’ll steam more of my spinach. The evening will pass sharing stories of our days apart and watching Live PD as it seems to be the only thing on television on a Saturday night that we enjoy. Or maybe we’ll watch some more music dvd’s. We haven’t seen the Bee Gees for a while.

This has been a good day and I’m going to sign off early so the night with Bill isn’t split up. I hope you’ve enjoyed your day, whether you got rain or not. Tomorrow sounds like a repeat but I hope we get some more rain overnight instead of during the daytime hours. We’ll take what is given to us, obviously! Bill arrived about 5:15 and now Ptooties is back in her parking spot.

Thank you for reading my post today. It is really nice to read what you leave in your comments.

Posted by Patsy Irene (Chillin' with Patsy) at 3:39 PM