It was 6:30 when I first woke on Monday, Sept. 3rd. I had opened my little window around 4:30 and the fresh air felt wonderful on my face. It had rained through the night, a fair bit as the chairs that I neglected to put away were soaked through. Bill and I got up at 7 and Clemson was already downstairs on his ‘couch’ bed after going out at 6. When I mentioned that it was a day for a walk, Bill decided to go with me. What a treat for me!

After dropping the recycling and garbage at the gate, we walked down Baptist Church Road to the turbine road and back. Such a gorgeous morning. When we returned just after 7:30, we could feel the humidity even though it was a leisurely stroll. 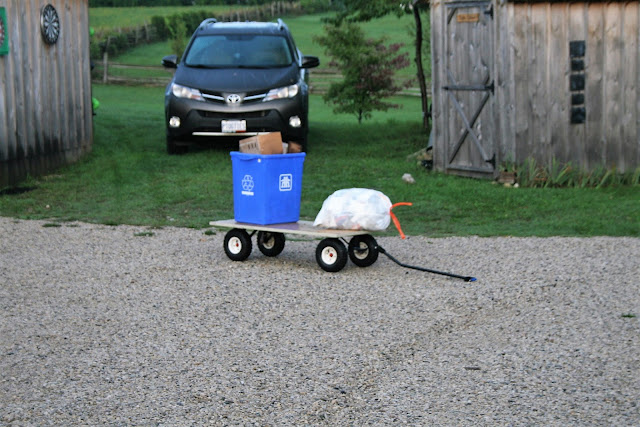 We had our tea and coffee and read blog posts. It is always nice to keep in touch with our friends, many doing the same thing we are, living and travelling in our rv’s. The fun thing is that they are stretched across two countries and yet it seems like we are mere minutes away when we chat online.

Bill had picked up some nicer hinges and latches for his Hangar doors than he’d originally picked out so went down to replace those. I have some rubber matting, not sure what it is called, but it is the grip stuff to put on cupboard shelves to prevent things from shifting during travel.

I bought a roll of many feet years ago from someone on our work Swap Shop and have only used a small portion. Today, I’m going to measure some of the upper cupboards where the plastic ware continues to move and lay this stuff under the dishes. 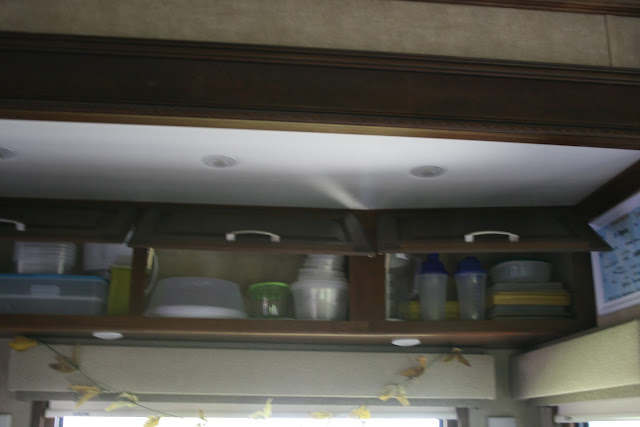 Well, that took no time at all and half an hour later I was idle again. I walked more recycling down to the road since today was pick up day and the bins were already down there. On the way back, I stopped and pulled weeds from the front bed with geranium and tiger lilies. It was looking pretty bad. I had no gloves on though so I’d have to return with them to pull the thistles. Such a nuisance they are! I wonder why God included them in his creation of plant life.

I made our breakfast at 11 and after cleaning things up we drove over to the Acreage before Donna and Gerry headed out for home. I wanted to borrow her palm sander and their stain for our king chairs. That is my project for later this week. They’ll need a good day to dry. Bill needed to replace the washers on the filter fitting as well, it was twisted too tight which caused it to leak.

When we returned, Bill went to work again and I took the clippers and the wheelbarrow out to trim saplings down in the field. It makes it difficult to cut and weed trim when branches are hanging low and new growth hugs the trunk.

After dumping a full load of trimmings, I cut back the messy brush and trees at the corner of where he has the cargo trailer and Hangar. We’ll be taking the saw to those for sure so it is just a temporary fix and I think I cleaned it up a lot. You can walk through there now and Bill won’t poke an eye out walking around his trailer. It was humid though so we were extremely grateful for the lovely breeze.

It is one of those ‘what’s it going to do’ skies as white clouds, blue sky, sunshine and gray clouds fought for dominance. When I finished cutting things up and dumping it in the brush pile, I poured us each an iced drink. I was done for the day and Bill carried on working on his plane. I sat for a while up under the small cherry trees with my book, phone and my camera with the zoom lens. If I sat still enough, the hummers and finches made themselves at home.

After a while, I took my stuff down and sat in the shade outside the Hangar door. I could have sat on the porch but Bill was back and forth so didn’t want to get in his way.


We were able to chit chat while he was working and then after he cleaned up, we came back up to the Suite. He settled in his chair which meant siesta time and I made up the Easy Meatloaf recipe for supper.

Clemson had eaten and been out so I caught up on my post and sat with my book. I’m enjoying these Jack Reacher stories a lot and zipping through them, falling into the action in the pages. Bill and I earlier discussed the plans for the rest of the week. Seems like a busy time even before the weekend. Black Beauty goes in for a recall fix in Harriston in the morning, so I will drive the Rav into Durham early and pick up a few groceries at the same time.

We are expecting company for lunch tomorrow and I’m going to help Bill put some boards up for rafters in the Hangar. That is something he cannot do on his own and I’m happy to be of use where possible. The meatloaf needed to cook for an hour and at that time I will make up a salad to have with it. We have done really well avoiding potatoes and trying to eat less sugar and carbs. A few of you are doing the same thing so I know you know how challenging it can be.

Supper was ready at 6 and it was very good. I’ve never failed with this meat loaf yet.

We cleaned up dishes and laughed our heads off watching a rerun of Jeff Dunham: Unhinged. He is our favourite ventriloquist. Oh my. We’ve seen it many times an d we still kill ourselves laughing. Peanut and Achmed the Terrorist are my favourite ‘dummies’. If you haven’t ever seen him, check one of his shows out, you will enjoy Jeff.

There wasn’t much on, probably because of the holiday so I finished my post and continued reading about Jack. 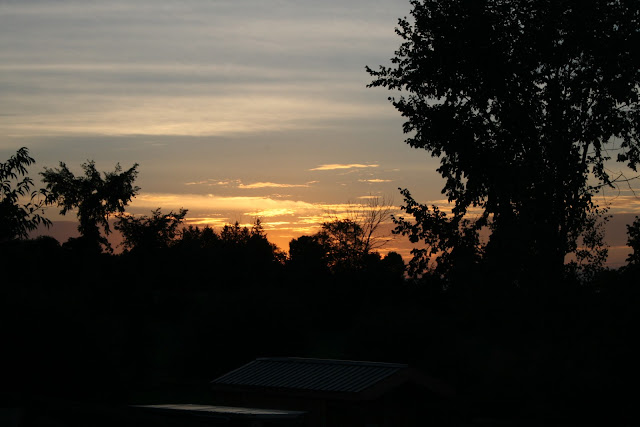 At 6:30 it was still a balmy 77F outside so we likely will use our a/c for tonight’s sleep. Checking AccuWeather it looks like we might even have some rain overnight again so I closed up the windows in the bunky and put our folding chairs under the nose of the Suite. Best to be prepared in case it gets windy at the same time. This has been a great day and I hope you’ve also had a good one.


Thank you for stopping in. I love to read your comments if you care to leave one.