The Morning After, Tough Decision Made, Laundry Done

I still can’t believe that I was in bed before the sunset last night. I was zonked, I guess. It was a great day! And now, Tuesday, July 2nd I woke before Bill around 5:30, not surprisingly. At 6:30 I crept out of bed trying not to wake ‘sleeping beauty’ but he woke up before I left. Just in time for a kiss as I went out the door. It was beautiful at 65F/18C and the sun was trying to poke through the clouds. I enjoyed the walk in a sleeveless top and my safety vest.

There was a conversation with Clemson during that walk so some happy tears shed before I returned. Bill and I are holding them in a lot more because once one starts…….well, you know. We feel we have done really well over the last couple of days especially. After I returned, I had my tea before sorting two loads of dirty clothes and drove into Durham. This time, to use the facilities rather than clean them. Although, I did pick up the broom and sweep the floor after loading the washers. Free gratis, Jamie! 😊 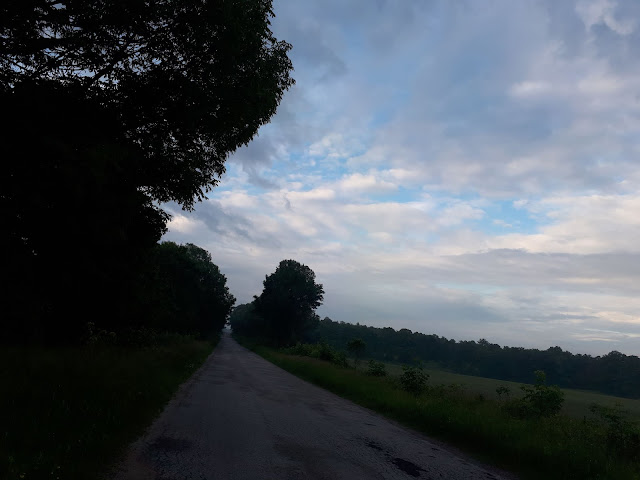 Bill took Black Beauty in to fill up the tank and to stop at Rob’s for some assistance with our tractor tire. We also had 5 months of Clemson’s flea and tick meds to return to the vet. Hoping but not expecting a refund, we were happy we were reimbursed. Bill inquired about Clemson’s ashes and once it was confirmed that he was still there (Wednesdays they sent them out to be cremated), we made a decision that we are both very, very happy with. 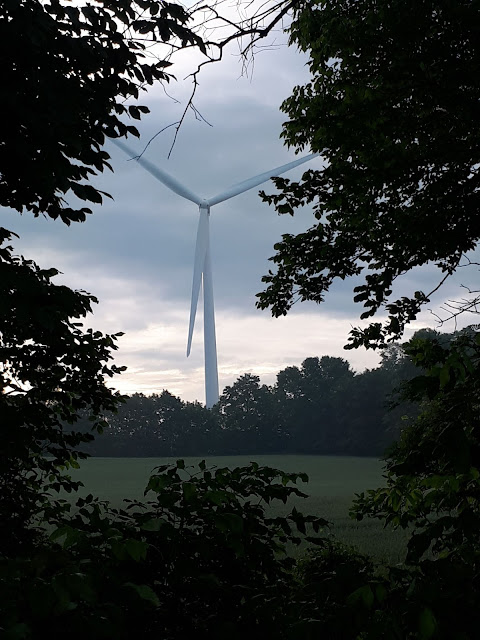 We've decided to retrieve Clemson's ashes and we are picking them up next Wednesday. They are in a small little cedar box that we can easily keep in the Suite so Clemmy will be travelling south with us after all! It’s the right thing for us and we each feel a peace after deciding that. Rob and Pat weren’t home, I’d forgotten that they were staying over night elsewhere so we drove home, separately and I hung the clothes out. It may rain so I’ll keep an eye on the sky.

For brunch – well, almost lunch, I made nice fat omelettes. Bill had his in a toasted sandwich and they were tasty and filling. He had emptied the dishwasher before I returned home today, what a sweetie! I thought that was something I’d need to do. He worked away in the Hangar and I cleaned up the lunch dishes before going out to bring in what clothes were dry. Over half were ready and the sky still showed some sunny patches so I left the rest which were very close.

I took a walk out to see what Bill was accomplishing and walked down the lane. Our little Power Shot Canon camera has given up the ghost. It has been having some issues recently and yesterday it wouldn’t remain on at all so I used my phone for those shots. Nothing wrong with my phone camera at all. It takes some great photos, sometimes better, but they take longer to download onto my laptop and I do that at that end of every day. I’ve already planned to buy a new pocket one anyway, just need to save some ‘laundry’ money.

No mail today – no news is good news. Bill had trimmed some of the lower hanging branches on some trees yesterday and when picking them up he forgot some with fluffies. I grabbed them and brought them up to the brush pile. Much of the fluff from the pussy willows blew off across the pond when I shook them so there won’t be new plantings from those! I took a cold drink, a yogourt and some cheese down to Bill around 2:30 or so and sat on the patio with mine.

Getting back into the story of my book again, it’s good but my head just hasn’t been into it for the last week. It was a humid day, not sunny but very warm. Thank heavens for the slight breeze out there, it was quite refreshing blowing across under the awning. When I saw some darker clouds moving in from the southwest, I brought the last 8 or 10 articles of clothing off the line. 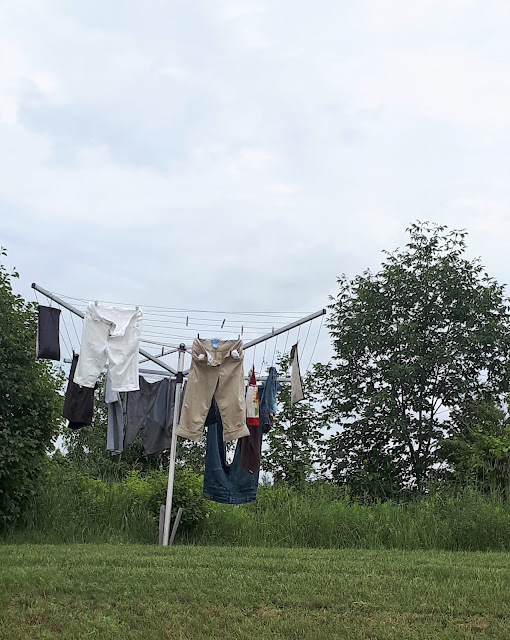 Rob texted Bill around 4 to let us know they were 5 minutes from home so we cleaned things up and took the tire in from his riding mower. We also wanted to tell them about Clemson’s ashes. It was a short but nice visit and Rob helped Bill fix the tire. I must tease him that he is kind of handy to have around. Rob, I mean. They’d had a 3-hour drive returning home today from out of town so we didn’t hang around. We were keen on getting home anyway since Bill has to prep for work in London in the morning.

We got caught in some rain on the way home but it was only heavy for a minute or two and it petered out. When we turned into the laneway, Bill had to stop Ptooties while we examined the situation in front of us. Mrs. Yertle was obviously digging and perhaps laying her eggs in the middle. We waited a while and then just took the chance that we wouldn’t freak her out and drove overtop of her. Looking back, Bill said she hadn’t moved. It takes them so long to find the perfect spot, we didn’t want to disturb her. It would be nice to know that one of them finished laying eggs.

For supper, we decided on a simple meal with hot dogs and devilled eggs. There was leftover potato salad so along with a hamburger and a couple of the eggs, that would be his supper for tomorrow. We sat and relaxed for a while inside since we weren’t hungry enough to eat yet. At 6:30, after a few chapters in my book and a couple of cat naps, Bill lit the Weber Q. We were eating by 7 and cleaned up shortly after 7:30.

Tonight, the air feels cooler but the flag is still stuck to the electric pole so the cooler air isn’t from an increase in wind velocity. Bill brought the cooler in and he began prepping his meals for tomorrow and Thursday. It plugs into power and keeps things cool on the drive and in his trailer in the city. That way he doesn’t have to unload things into the fridge. 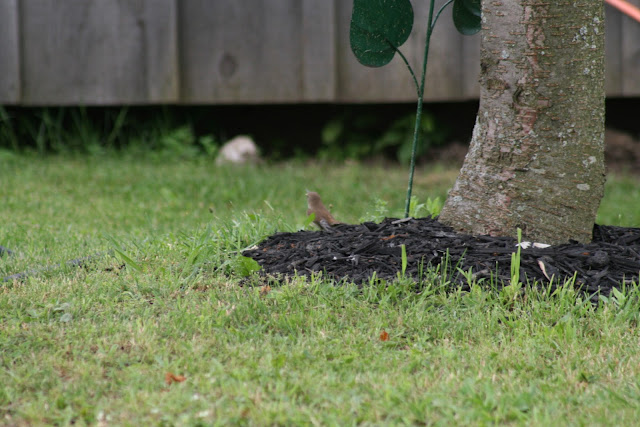 Nothing looked too threatening all day and between the overnight 2-hour rainfall and today, my vegetables got another watering. Yay! That also makes it easier to pull the weeds. And after a full day of clouds and 10 minutes of sunshine, the sun popped out through the fluffy clouds. It was almost 7 pm. Regardless, we had a great day today and I hope you did too!

Thank you for visiting us on the Ridge. I love to hear from you if you want to leave a comment.

Email ThisBlogThis!Share to TwitterShare to FacebookShare to Pinterest
Labels: decisions and laundry
Location: Durham, ON, Canada