Bill was up and on his way at 7:30. Gibbs was too concerned with Daddy leaving that he couldn’t concentrate on his breakfast so, after seeing him off, we carried on for our walk.

The little goof was not on his best behaviour so I only went as far as the corner of North Line and Baptist Church Road and turned back.  Of course, he walked better on the way back. We stopped at the side of the road as a grader turned down and passed us. Darn it, he wasn’t grading our section – yet. We knew they would get to it before snowfall.

Almost home and then Gibbs noticed the bale of straw in the cow’s field. It was another thing that freaked him out. I wish we could have walked up to it to show him it was nothing to be afraid of but that was out of the question. We made it home and he finished his meal and I had my tea. I didn’t waste a lot of time inside, just enough to have my drink and some yogourt with a nectarine. I dressed in jeans, a tee and hoodie with my runners and went outside. I would be getting dirty this morning.

Where we took the trees down, the area I showed you in front of the apple tree had a lot of saplings/viny growths and stalks that needed to be cut down. They are things that can't be pulled by hand. 😔 Bill asked if I was cutting, to try and cut as close to the ground as possible. I took my wagon, 2 pair of clippers and the rake with me and once I started, I just kept working. Moving around on my butt and knees, I made great headway. It was going to be a hot day but mostly I was in the shade, which helped a lot.

A couple of hours later, I had cut every single weed and raked up 4 piles to be picked up. I felt that I was about to drop so needed a break. I walked up the lane and came inside with Gibbs for a coffee and something to eat. I made myself a bowl of soup, which sounds odd on such a humid day, but it hit the spot. It also gave me the energy to go back out at it again. It only took an hour of more raking and gathering, loading my wagon full, and I was done.

It was 26C/79F and I was certainly grateful that I’d turned the a/c on and closed the windows before coming out. I’m sure Gibbs was grateful too as he was inside looking after the house.

I’d brought the full wagon up the lane but had no energy to dump it in the over-full brush pile so I parked it by the Hangar, under the cover of trees and came to let Gibbs out. We sat outside together and at 4, we walked down the lane to wait for Bill. 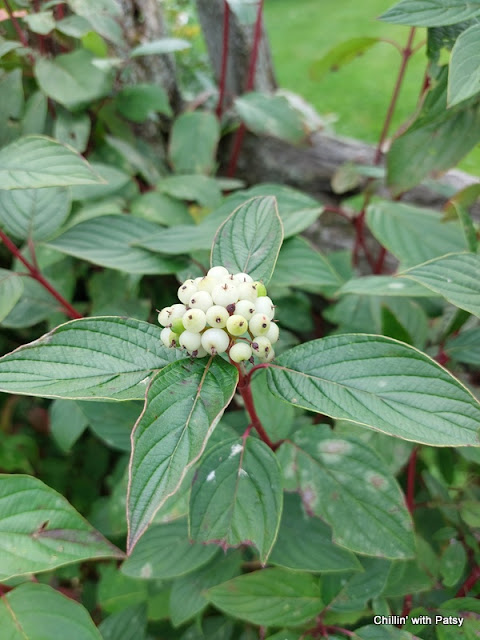 He was home by 4:30 and we waited about 30 minutes so I could finish my tea before we drove down Baptist Church Rd. to Glenelg Hall to vote. That didn’t take long and finally I was able to see the inside of that building. 😊

Back home, it was almost 6 before I started supper. Madame IP cooked the farmer’s sausage and potatoes, and on the stove, I fried cauliflower rice and cooked green beans. Bill had his favourite vegetable and it was all very tasty. It just meant a lot of pans to wash but after our day neither of us had the  desire to accept the task of barbecuing. Bill had his usual physical day on the job too.

I took Gibbs out for 20 minutes because he was into his evening performance, again. I thought if I let him run with his leash, he’d tire himself out. Silly me. Well, he did run circles around me, literally, and I did get a lot of laughs at his energy, but it didn’t stop the bell ringing.

Tonight was the night for the premieres of our favourite programs so we were keen for an evening of good television. I’m achy in a few places and dread what tomorrow morning will be like. Hopefully, nothing, but I did some stretches as a precaution. Maybe a good night’s sleep is all I need. I just know that I used a lot of muscles that don’t get used often.

This was another good day and I got some satisfaction from my cleanup at the end of the lane. Bill was duly impressed too. 😊 I’ll have to get back down there to cut my tiger lilies for the winter but there is time for that.

Thank you for stopping in! It's almost written in the cards, unfortunately, for how the election will go. 😔

Posted by Patsy Irene (Chillin' with Patsy) at 8:43 AM