On Saturday, June 11th, I felt awesome when I woke up. An ‘inner’ awesome that I can only explain by the feeling I had when I realized it was only Saturday. Two more days of a weekend left! That’s what taking Friday off does and I’m glad to be doing that for the remainder of the summer. Hopefully, Bill will get there later on. 😊

We were up by 7 and after laundry was sorted, Bill and I drove into the Mat with Black Beauty. It was 8 am when we walked in to an empty laundromat. Perfect!  I loaded the 2 washers and began cleaning. Bill was working on adding a new electrical outlet on the wall where 3 large old dryers were removed after the break-in. Jamie wants to move the pop machine from the front windows to the back where it will be more efficient, out of sun’s heat.

We needed to determine which of the many fuse/switches shut the power off to that area since the crew that did the renos left the cables hanging, live. Egads! We figured that out in short time and he carried on getting the outlet finished. In between cleaning, I pulled all of the bags of garbage and recycling out of the back room. I call it the Engine room because it is the main hub of the washers and dryers.

Bill installed the door to the washroom, which is still closed off to the public and inside the storage room. He also removed the metal door to the lock box that was cut into during the break-in. Because the box was securely installed, it can be used as an open shelving unit. When I had the laundry semi-folded for hanging at home, I wet mopped the floors and together we loaded all the ‘crap’ that would fit, into the back of the truck. 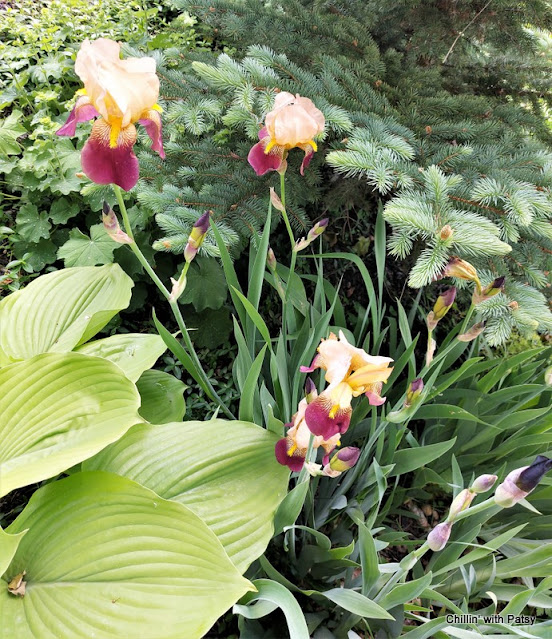 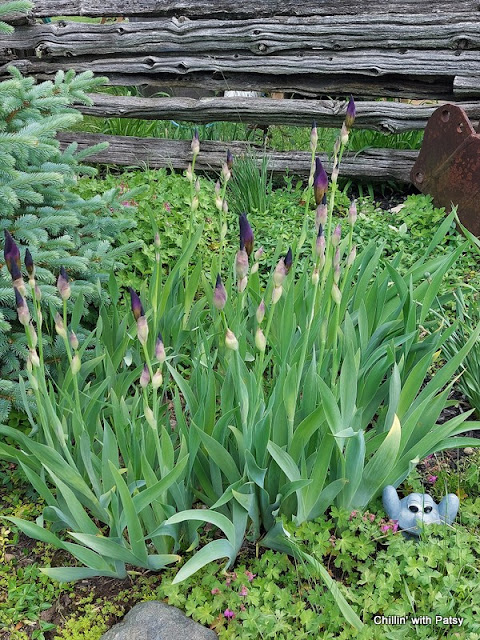 The dump wasn’t far, on the outskirts of Durham, so we offloaded everything for a mere $10 fee. There are a few pieces that they wouldn’t take and some wood that we may bring home for burning but things are done as far as we (Bill) can go. I think Jamie will be pleased with what we accomplished today. Bill does good work, I don’t need to tell you that, and although he doesn’t have time to do anything else for Jamie, I know he’s happy to help him out. 😊

We headed for home and were surprised that it was 11 when we finished. That was the morning gone. I hung the clothes and while inside, Bill grabbed a bite to eat and went to the flying field. He has another obligation but it can wait until tomorrow. The day seemed quite calm so far and the sun was once more in charge of the blue sky. A beautiful day! I played my online games and although I thought about my unfinished blog from yesterday, dismissed it immediately.

I went out, leaving Gibbs off leash to run around, and began removing the mint that I have growing in the blue ‘cannister’ up on the berm. It was given to me very soon after we moved here from Rob and Pat’s son-in-law. It’s too heavy to move and it has outgrown its charm. The mint is nice, even though I do nothing with it, but I want the container out to make it easier to cut up there and for a nicer look.

With that finished, before I had a late lunch, I cut the grass up there. Now the lawn is complete. 😊 We had leftover mac and cheese for one so I ate that. Bill returned from flying around 2 and he and Gibbs dozed in their chairs. I finally finished yesterday’s post and then went out to finish something else. The puzzle has been fun and yet challenging. Just how I like them!

For supper, at 6, I started air fried chicken thighs, deep fried sliced potatoes and a salad. The lettuce needed to be eaten so now it’s gone and just in time as it was going brown on the edges. It was all good and we may or may not have dessert or chips later.

Bill was going to the Hangar and as we walked around, Gibbs was acting strange around Ptooties. We figured Chippy or a turtle had been under her and he was determined to find it. Silly mutt. ♥

I worked on my blog and watched some tv. One more day off tomorrow, yay! This was a good day. I hope you’re enjoying your weekend so far too.

Posted by Patsy Irene (Chillin' with Patsy) at 6:21 PM

Email ThisBlogThis!Share to TwitterShare to FacebookShare to Pinterest
Labels: work and play