Frustration for me but still a Great Day

On Tuesday, Dec. 6th Bill was up at 7 and Gibbs and I got up at 7:45 or so. As Bill got ready to go flying, we went out for our walk. Good thing I kissed him before he left as by the time we returned; he was gone! 😊 The day just doesn’t start right without that morning kiss – same as – going to sleep without one isn’t acceptable. 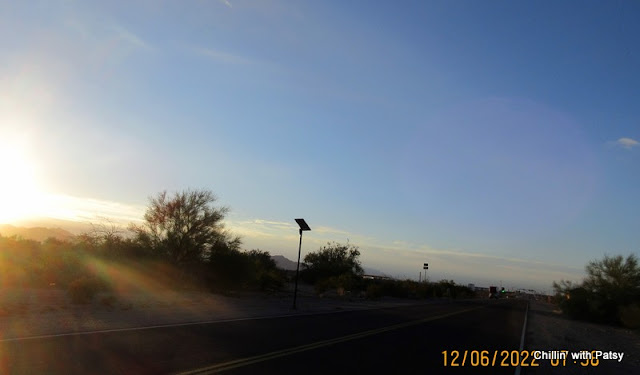 It was another good start to the day with very few clouds and a bright sun. Gibbs and I had a good walk and then my walk following that was close to my goal of 6,000 steps. When I returned, I’d made up my mind to give Leroy Jethro a bath and chose the kitchen sink this time. He was really good although I had many challenges, trying to get his head and chest washed. He was very patient. ♥

We made a good mess on the counter and some on the floor but water is easy to clean. I dried him as best I could before setting him loose to shake off the excess. I knew he’d run for my chair first and since our quilts need to be washed anyway, I let him do his thing. He sure is entertaining as he tries to dry off. On the bed, I used my hair dryer on a low warm setting to help him with that. He didn’t mind that, as long as I wasn’t close to his eyes and ears.

My next decision of the day was the frustrating one. I wanted to bake some cookies and squares. I had 4 recipes out, 2 for baking and 2 where baking wasn’t required. Peanut butter cookies, a simple recipe with the only change being Splenda instead of regular white sugar, should turn out, right? It’s either that I wasn’t standing correctly or that our convection oven is being difficult, but they turned out crumbly.

They taste good, as Bill can attest to, but they break easily. The recipe calls for 8 minutes and I ended up cooking each batch for closer to 20 minutes with almost the same result. ☹ I was just finishing up when Bill came home and saw my frustration. His turn to be sympathetic, as I was yesterday with his airplane ‘stuff’. I started recipe #2, which was No bake peanut butter balls.

I learned only later, when I was resting, that the demise of this one was my own fault. It dawned on me that I’d used only ½ cup of icing sugar instead of 1 cup. Duh! They were too mushy and wouldn’t roll so I put the mixture in the freezer. If that doesn’t help to harden them, I will add the other ½ cup tomorrow and try again. Bill may have to eat these balls with a spoon! Between Bill and Gibbs, their patience with me is a Godsend! ♥

I stopped with the recipes, put stuff away, cleaned up the mess and went over to start a new puzzle. That was another frustrating endeavour. It’s one Patty saved for me but it has many odd shaped pieces which makes it difficult to know what is a border piece or what is just a straight piece in the middle. I worked at it for a while and soon gave up. For some reason, I was feeling extremely tired when I walked back home. Bill got notice that our collapsible ladder would be delivered today and it was. Upon checking it, they shipped the wrong one. 😕 It will be picked up by UPS tomorrow.

So, I took my phone, ear buds and pooch upstairs to rest while I listened to another of Mitch Albom’s podcasts. I dozed a bit and then Gibbs and I went for a walk around the outskirts of the park. I had a tea back home and Bill started grilling our bacon cheeseburgers around 5:30. Supper was good, they are always filling enough that we really don’t need anything else. We had a spoonful of the gooey peanut butter ‘balls’. 😊

We watched the next episode of The Voice and had a nice evening together. Gibbs is clean and smelling less-desert-like and more puppy-like again. The Suite looks festive and it’s a great day! I have videos of Gibbs performing after his bath but didn't have any success posting them here. They are on Facebook instead. 💕

Thank you for stopping around. Your comments are always welcome!

Posted by Patsy Irene (Chillin' with Patsy) at 8:56 PM