Today is Tuesday, May 30th. This morning my thoughts were with Bill when I woke up at 6:30. I was happy to see sunshine outside but just wanted to chat with my sweetie. We didn’t talk much yesterday because of the job he was doing. I knew he was okay as he would touch base really briefly during the normal times I’d expect contact.
Finally, last night at 9:50 pm he called to tell me he had arrived home from delivering the trailer to Goderich and bringing another one back to CanAm. In my car or in the company truck he doesn’t have blue tooth so chatting or texting is not possible. At least I was able to go to bed after 10 knowing he was back safely. Long day for him.

Secondly, on my mind was to get up, have my tea, do my reading and get some breakfast on the go. I offered to help our friends, Rob and Pat, as they clean out their uncle’s house. They have a huge job ahead of them and if I can be of assistance, I’m in! I’ll go over and meet them there at 9 to do what I can.
So, arriving at 2 minutes after 9, I was lovingly chastised by my ‘boss of the day’. Rob was at the door and told me I would be docked 15 minutes, standard procedure. Too funny and the day started off on a good note. After Pat showed me through the house, I began emptying cupboards of dishes and washing up those that needed it.

Things were set up on tables for an upcoming yard sale, Pat and I brought clothes down to the living room and Rob sorted through the garage storage areas. Lots and lots of stuff as is usual for our elderly. They were of the generation that you don’t get rid of anything. Hopefully, we baby boomers have learned a lesson.
We took a tea break around 11 and lunch around 12:30. I felt that we accomplished a fair bit but I’m sure it doesn’t seem like much to Rob and Pat. They have been at this for 2 weeks steady and it is difficult to see the forest for the trees. My brother-in-law, Gerry, met with Rob at the house today to do a walk through and an appraisal. Gerry works for ReMaX.

Bill called at 2:45 with the good news that he was done work and on his way home, no stops. Yay! That makes up a bit for his long day yesterday, he will be home for supper. I left the Aljoe’s at 4:10, a little bit past quitting time, Rob, just for the record. Pat sent me with some rhubarb and a few things we can use. 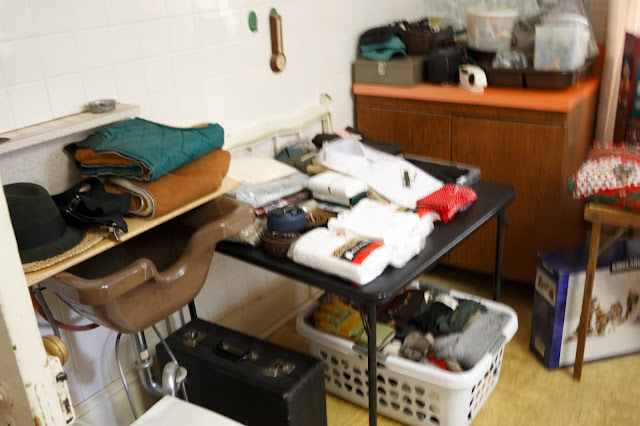 Clemson was a good boy all day, not an accident in sight. I was surprised when I drove the truck up the drive to see Mr. Snapper a way up here on the east side of the corral! I got out and took a picture of him. He was watching me out of the corner of his eye so I didn’t venture too close.
I prepared beer battered Tilapia loins and homemade fries for supper tonight. Bill drove in around 5:15 pm, good timing as usual. After dinner, we cleaned up the dishes while keeping in touch with Donna. Her and Gerry drove with Mike to pick up his ‘new to him’ trailer at Sauble Beach. We’re happy for Mike and anxious to see his new baby when they get it back here to The Acreage.

I found out today that the meeting I was going to with Donna tomorrow is not until next week, so contacted Pat and offered my help for another day. It was accepted with thanks. I’ll be sure to be on time. 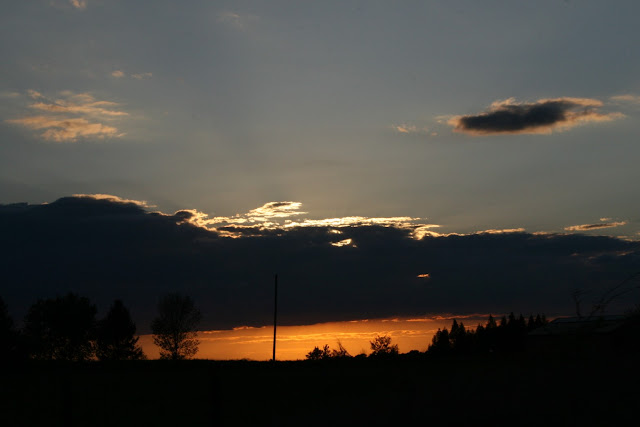 I think it was around 8:30 when we headed over to open the gate at The Acreage and start a fire. Since Mike would need to get the trailer hooked up, a small fire was in order to ward off the mosquitoes and the coolness by the pond. They arrived within 15 minutes of us getting there.


Mike lucked out on this 2014 Keystone Hideout, 27’ with 2 slide outs. An rv that had one previous elderly owner who had it delivered to Sauble where it sat for 3 years and used only 3 times. It is in pristine condition and quite a steal. He seems happy, tired but happy indeed. Bill was glad he could offer some ‘professional’ assistance tonight.
We got back to the Suite at 10 and settled inside. The skitters managed to get a taste of Bill in that short time, prime time for their supper, I guess. I stayed closer to the fire than he did so I think I avoided being their appetizer. It was a great day today, I’m tuckered out though. It feels good to help someone in need.
I hope your day was a good one too. Clemson finished off his Dental Chew this morning before I left for Durham. I’m going to look into the bone marrow suggested by Bonkers in my last post. He was feeling some of the effects from his two needles today. They were given right at the top of his ‘shoulder’ bones so whenever we picked him up, he whimpered. Poor thing, they should be better tomorrow.


Night, night, thank you for reading today, your comments are welcome.
Posted by Patsy Irene (Chillin' with Patsy) at 6:10 AM