It was 6:30 when I crawled out of bed on Sunday, Dec. 9th. Still dark but I got everything ready for our morning brew and then Clemson came down, just as I was ready to go for my walk. It resulted in another bum bath so Bill heard me and came down to lend a hand. It is easier with 2 of us. Then, I went for a walk. The mornings are lovely, usually 53 – 55F. With last night’s supper being a little weird, I was hungry so I took an apple along.

I walked the other way today and captured a few pictures of Christmas decorations in the area. I’m still wowed by the beautiful homes but I tried to contain myself this morning, at least. When I returned 45 minutes later, I made my tea and sat at the laptop with Bill to read blogs. George had slipped out to the flea market and then to Walmart to pick up shells for his gun. He had promised the boys some target shooting today.

Waiting for him to return, I cooked breakfast for Bill so he would be ready whenever. After he ate, he went out to work on the garage door opener again with Rob. By the time George returned, it was done and working perfectly. In the meantime, I ate my breakfast sandwich (I wasn’t hungry earlier) and texted Pat to see what she was up to today. It would appear to be a girl’s day at home since the guys would be busy.

Between us, we decided to get rock painting. I cleaned up the dishes and myself then I took the paints, brushes, water, containers and my rocks out to Rose’s patio. Pat met me out there and we began. It was neat to see the shapes and textures of the rocks we’ve picked up on our journey so far. We certainly had enough choice for colours. Rose joined us later and instead of painting, she brought her knitting out and sat with us.

We had to move the table 2, 3, maybe 4 times to follow the sun as it felt a tad cool in the shade. While we painted away, Bill got his drone out and ‘took it for a spin’. 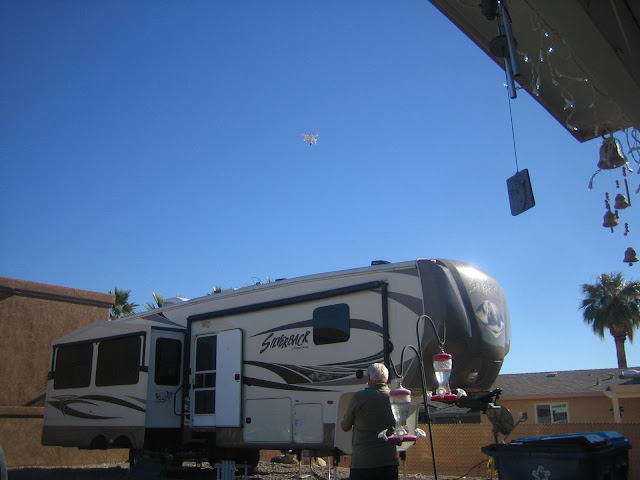 George had returned and instead of going target shooting, Rob and Bill convinced him to pick a spot for his portable garage. He accepted their offer to help him put it up today and they immediately started working on it. At 2:30 MT, I called Brenda, back home to wish her the very best of birthdays. It was nice to talk to her and Randy briefly and I was happy to hear she received her card. 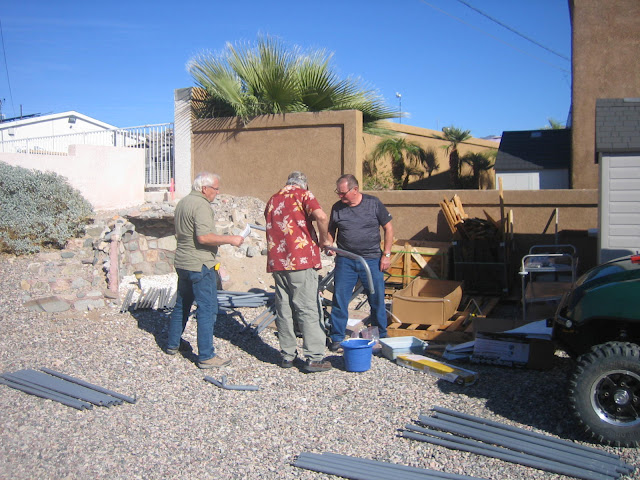 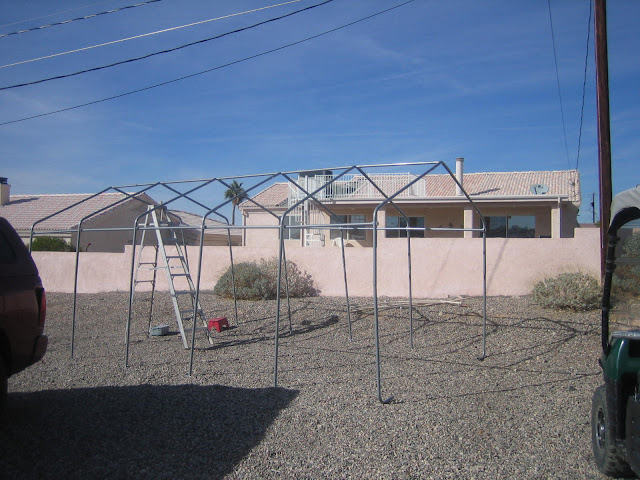 With a coffee break around 1, with all of us sitting around the ‘paint’ table, things were moving along very well. By the time the garage frame was erected and both ends in place, I had painted 7 rocks and Pat had painted 5, I think.

Once I got started, the ideas kept coming and I hated to stop. I don’t know what time it was that we were asked for assistance to put the cover on the garage but it didn’t take up much of our time and the guys finished.

I gave the rocks a coat of clear sealer and they were dry in no time. Now it was time for some more fun and Bill and I went out on the streets on the 4-wheeler. We had so much fun doing this last winter that when no one else was game to go, I was happy to hop in beside my sweetie. Just a few house pictures today from that ride. 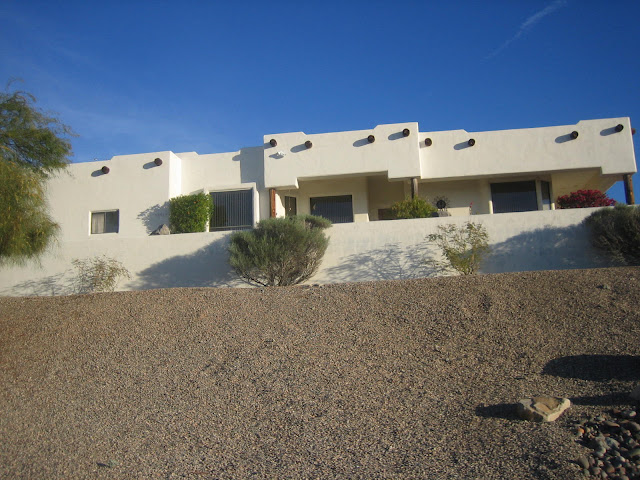 We found streets that we hadn’t been on yet and were blown away by even bigger homes. We must have found the millionaire street because we were certainly agog.

When we returned, I invited Pat along. I knew she’d enjoy the ride and the homes. Happy hour was in play when we returned and Pat and I moved the ladders out of the garage so Bill could drive right in with the ATV. We joined the gang and when it cooled down around 5:30, we went our separate ways and prepared supper.

I cut up a couple of potatoes in tin foil with butter and added them to George’s bbq. Inside I was ready to warm up the meatloaf leftovers by the time the spuds were done. At 6, we were eating and at 6:30 done dishes when Pat texted to invite us to the hot tub. Bill was already almost asleep in the chair so declined but I quickly changed into my swim suit and joined them. Soon after, Rose made it a foursome. George said "Lucky Rob!"

We had a nice little chit chat and the 102.5F felt great. I didn’t work hard at anything today but it still felt wonderful. After the girls left, Rob and I stayed another few minutes before closing up the tub and saying goodnight. 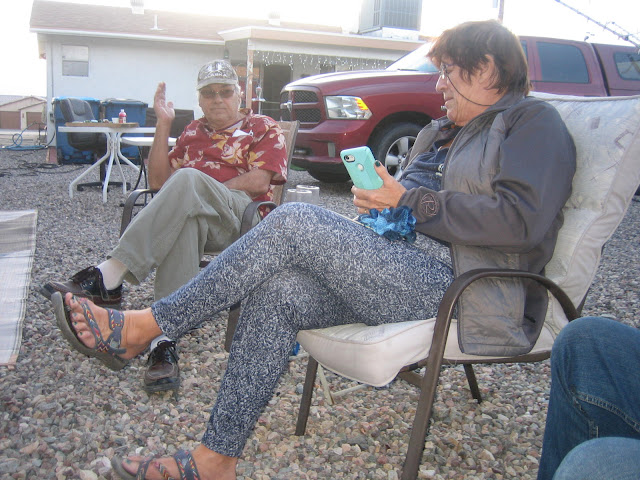 I came inside to write my post. With no pictures downloaded yet, I decided to wait until morning to finish. I want to sit and watch a movie with Bill and Clemson. This has been a great day with only good times to report.

I hope you enjoyed your visit to my blog today. I’d love to hear from you!