Such a Lovely Day for Outside Stuff

The Ridge
Thursday, June 25th started out as a lovely day. The sky was blue with just a few white cotton clouds. Bill and I were up to our normal work day stuff and we both left the Ridge around the same time. I arrived at the Mat shortly after 7. No one was in yet so I worked easily and quickly. The place again looked quite clean so it just took me a bit over half hour to leave it spotless. 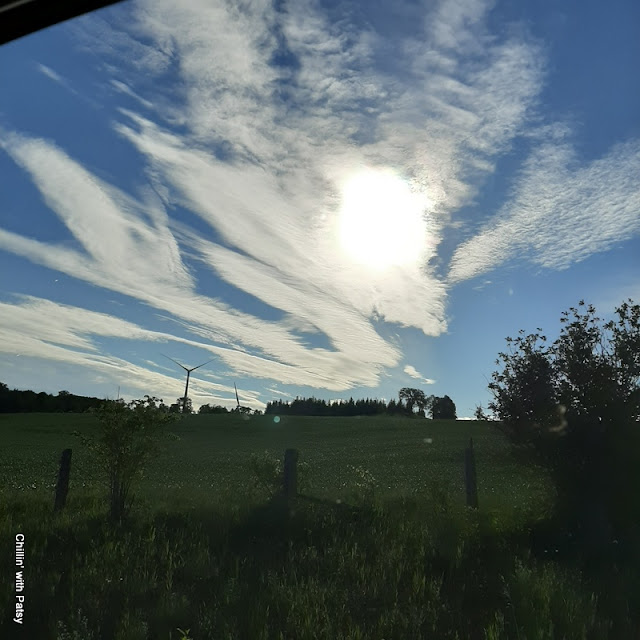 I drove home and debated whether to walk or just have my tea and get to work. Tea won that battle as I figured I’d get enough exercise today just puttering around the gardens. It was 10C/53F so a perfect day to get out and work. After tea, I donned the garden shoes, clothes, gloves and ball cap. I was anxious to get some more edging done so I can return Rob’s garden tool. The ground was soft where I worked this morning, around the big flower garden along the lane, making the chore easier.

I was done in no time with just one area of about 10' to finish but the grass needs to be cut along there first so I can see what I’m doing. Then I did an area over beside the bench and feel better about that being cleaned up. The hill garden is getting so weedy again and I just wish I could cross my arms and blink a full rich garden up there, like Jeannie would. I probably took on more than I can handle with that job but I’ll still keep trying.

There were some high tree branches that needed trimming to let some sun into the area and a bush at the corner of the corral gate that needs taken out. I trimmed the bush down as much as I could and will ask Bill to remove the small ‘trunk’. He wanted to last summer and I wouldn’t let him but it grows too fast and needs to be cut way back at least 3 times during the time we’re home. It really opens it up now and makes it easier for him to ride the mower in and out.

It was 12:30 and I needed a break so I came inside and had my lunch plate. No details or picture today as it was similar to yesterday with a hard-boiled egg added. 😊 You’re welcome. It’s quite filling and when it was done, I headed back out to the yard. It has warmed up nicely but clouds are becoming more persistent and the winds have picked up a bit. I went around with the pails and picked up the rocks I’d collected and then around again and collected the dirt from all of the ‘trenches’ I’ve dug over the last week. 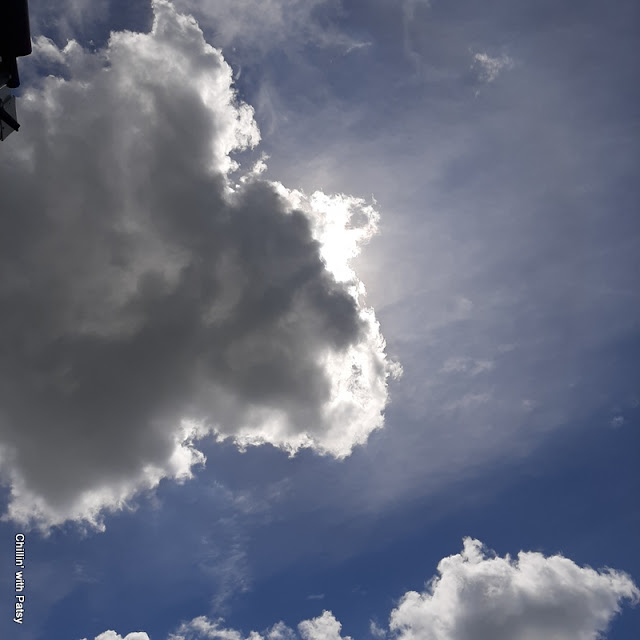 I had hopes of adding some of the dirt to the hill but that was a laughable idea really. There are some weeds, not sure what they are, tall, leafy with a slender stalk of purple flowers. They are all around the corral and the bees love them. I thought if I could dig them up they would be good on the hill since they are already growing in the sandy, rocky terrain. I looked it up and it is called Viper's-bugloss (bluegrass). Again, easier said than done. Digging them up was a chore because of those rocks.

I moved 4 or 5 plants and that was tough, from fighting to stay standing on the steepness and digging through the rocks. Lastly, I watered them well, as best I could, but as you can imagine the water just ran down to the lower plants.

I can only hope that they will take hold better than the columbine did. It appears to be dead but maybe it will come back in the spring. Then I put the tools away and cleaned up the last of the bush clippings, throwing them into the brush pile. It was 3:30 and time to call it quits.

Inside for a bit, I may have dropped off in my chair. Bill and I had planned to do some weed trimming tonight, it was overdue. He pulled in shortly after 4 with the news that he had tomorrow off. I was happy to hear that because it meant we could take it easy tonight and do the work in the morning. There was only a morning job for 2 workers so Bill offered to stay home. 😊 We sat out for a bit before moving inside.

At 6 we warmed up the last of the meatloaf in Madame IP and I mixed up a batch of coleslaw. Just enough to fill us with a bit of ice cream for dessert. Bill has ordered a tool belt from Home Depot and before dishes checked on the delivery of that. We think it will probably come tomorrow or Saturday. It will help his back, we think, as it has suspenders and the one he has borrowed from Mike does not. He needs to take care of things and look after himself.

With dishes done, I took a walk down the lane not because I needed the steps, just because it is a beautiful evening. The temperature got up to 22C/72F today, exactly in the range we both love. 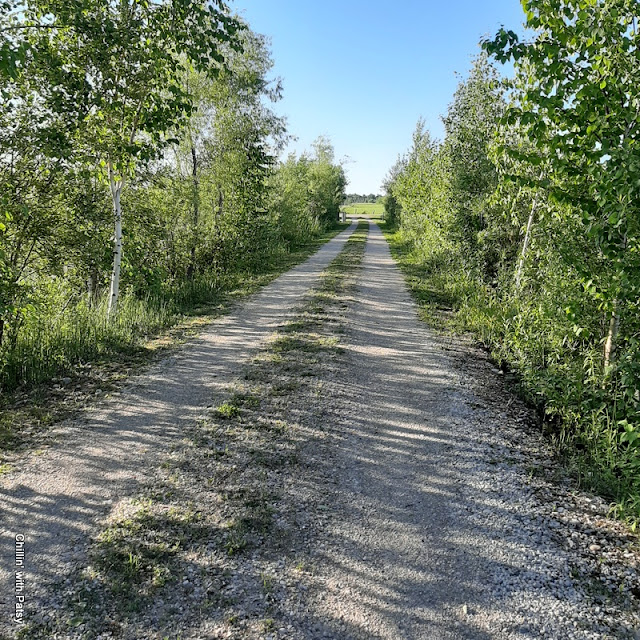 The winds have dropped considerably from earlier. This morning, our former neighbours had their storage trailer picked up but it was the strangest thing.


Our new neighbours began moving in this afternoon so we might have to take a walk over tomorrow and meet them. This was a great day and I feel good about what I got done.