A Change of Pace, Touring from the Back Seat, Surprise Call

On Thursday, Feb. 18th, Bill was up and off by 6:30. It had been a cold night, -19C/6F, but Black Beauty was seemingly done playing around and started up this morning. 😊 I turned my light on within minutes after Bill left since I knew I was done sleeping. I reached for my book and finished the last 3 chapters of The Tin Roof Blowdown. It was a good read.

I made my tea and had a banana up in our room and then got washed and washed my hair. It’s hard to judge from my point of view how much lighter my hair is getting by using a ‘fade’ shampoo but I think it is, bit by bit. I wish I had warm sunshine to sit in as that would certainly help the process! When my hair was still wet, I heard Wes and  calling upstairs to me. They were making their weekly trek for shopping today and asked if I wanted to tag along.

That sounded to me like a nice change of pace and although I didn’t have anything in particular that I needed, after shopping yesterday, it would be a different kind of day. Nice to have someone else drive and show me places where they shop. We left at 10, after I blew dry my hair, and it turned out to be a good day for a drive. I won’t name all the places we stopped but it was a full day of errand running for them and I found a few things at the Dollar Tree and some books at the newly renovated and expanded Mission Store in Owen Sound.

For lunch, they were going to Subway and I had no objection to that so ordered their version of an egg McMuffin. I added green olives and green peppers and it was quite tasty and hit the spot. $3.60, can’t beat it. We were on our way home shortly after 2, driving through Southampton, Saugeen Shores and Port Elgin with stops here and there. Wes pulled in to the DIY car wash and gave their van a wash and we were home.

Before getting settled, I walked up to the post office and bought stamps so I could mail some greeting cards. Back upstairs with a cup of tea, I was ready to relax until I got Bill’s text. I didn’t do all that much walking but felt tired, from sitting, I guess. The temperature had risen to -1C/30F on our drive home and that was closer to the lake but now was resting around -4C/24F. We aren’t griping, it is going in the right direction.

I started a new book, a Michael Connelly story with Harry Bosch and Rene Ballard. It’s called The Night Fire and I jumped in pretty quick, as is typical with his stories. When Bill texted, I went down and unlocked the door before returning to our room. I was up on the bed when he came in so I told him about my day. I felt tired out but I really had no excuse. The snow had started lightly but we weren’t expecting much overnight. 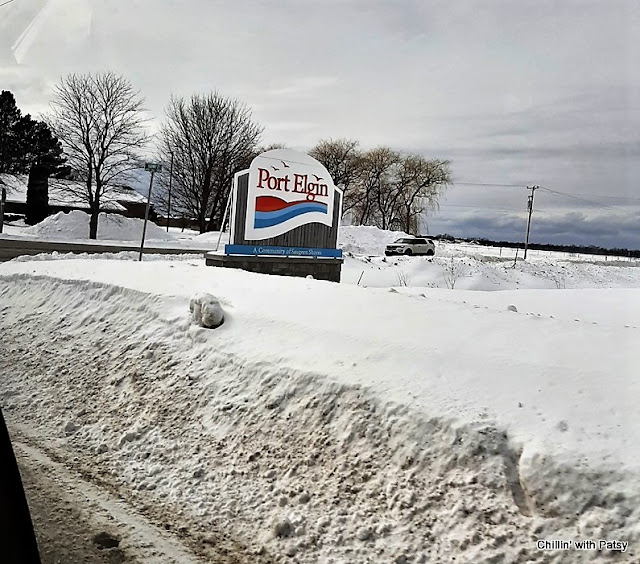 For supper, I fried up two hamburger patties with mushrooms and in another pan, fried up the leftover stuffing, noodles and mushrooms. We only had one hamburger bun and I was happy to eat the leftovers while he had the hamburger. It was filling and although I probably didn’t need it all, I ate the whole thing! 😊 It tasted pretty good and these patties are very tasty, even by themselves. We did the dishes and received a couple of phone calls while in ‘our’ kitchen. Marilynne called on Bill's phone just to check in on us. 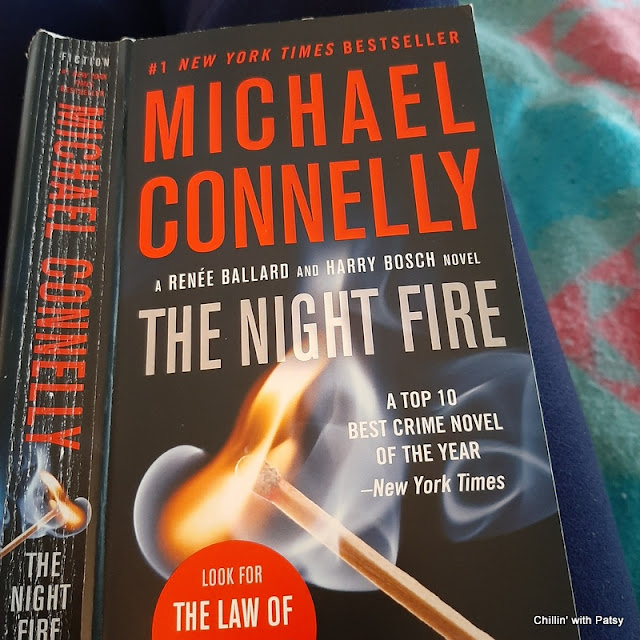 At the same time, Mitch called me on my phone and asked if I could come back to work on a Dodge Ram pick up tomorrow for a few hours. It sounds like a quick turnaround job, requiring some sanding to some areas to ready it for painting. I’m game, so will clean the Mat first and then swing out to his place. It’s nice to know that he still needs me for the odd job and it gives me the opportunity to see what the laneway is like at the Ridge. Plus it's a little more cash in my pocket.

I watched Jeopardy with Wes and Susan and returned to our room for the evening. This was a good day with some variety and we’re already looking at another end of the week! It is crazy good how time is flying by. 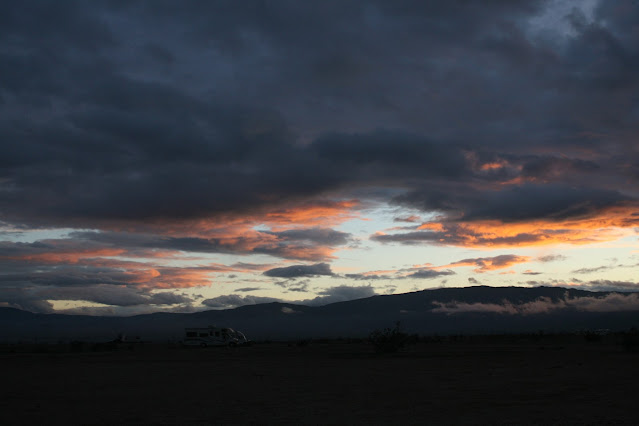