Sunday Walk and Some Baking

On Sunday, Feb. 28th, I woke up and looked at the clock at exactly the same time as I did yesterday. 7:03 am. I rolled over and the next time I looked, it was 7:32, exactly the same time as yesterday again. Isn’t that weird? It has to mean something. Anyway, I got up, washed a bit and dressed for my walk. I wasn’t sure how slippery it would be so I wore my grippers plus took my ski poles. I didn't need my mad bomber hat though, it was a nitch below 0C/32F.

Perfect choice. There were some spots on the pavement that had iced over, but just looked wet, so the poles came in handy. I walked the snowy trail as it felt safer this morning and it was a nice hike. It was a tad foggy off in the distance and there was frost on all our windshields when I left. I enjoyed almost 2 miles before heading back towards home. I didn't meet a soul while walking.

The water at the dam was really flowing this morning in the -1C/30F temperatures. 😊 Nice to hear the rush of the water again. Also, it is so nice to hear some little birds chattering to each other. On the way past the RBC bank, I remembered to stop in and withdraw our rent money for March. We’re hoping this will be the last full month’s rent we’ll be paying but that all depends on the weather and the snow melt at the Ridge. 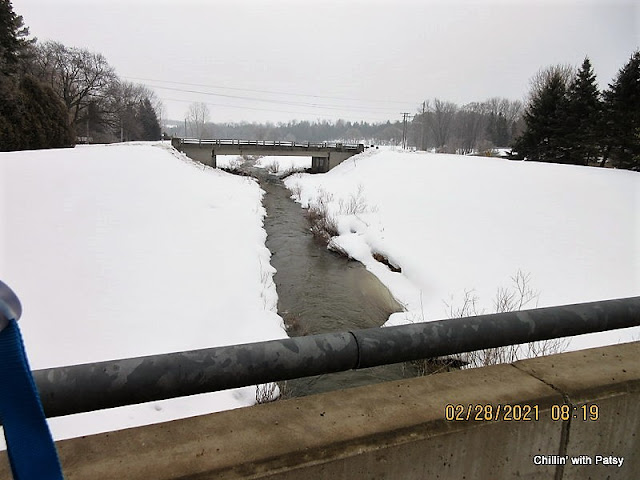 Back home, I made my tea before coming upstairs. It was a lovely walk. After sitting upstairs at our laptops for a while, Bill said “there’s the sun trying to come out”, so maybe we’ll see more brightness as the day goes on. By now, a mere 35 minutes later, the frost was gone from the vehicles, a testament to the mildness. 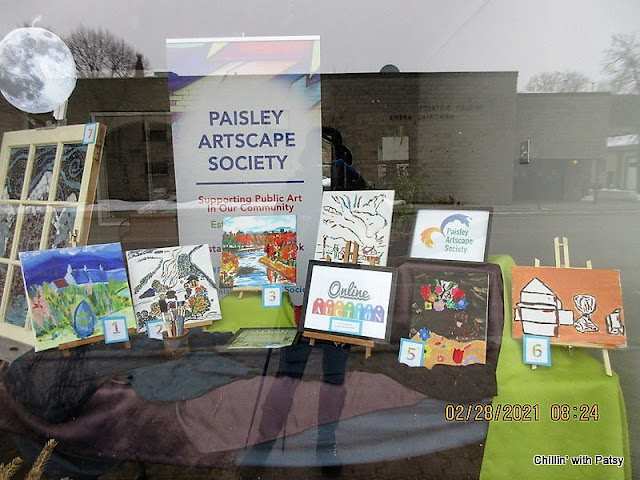 The forecast for today is a high of +7C/46F so we can almost hear the melting happening outside our window. 😊 At 10:30, I went down and finished mixing up the batter for the banana bread. Once it was in the pan, I noticed Susan was starting the oven for their supper meal so I carried on and mixed up the batter for some peanut butter cookies. When she is finished, I’ll pop them both in the oven. 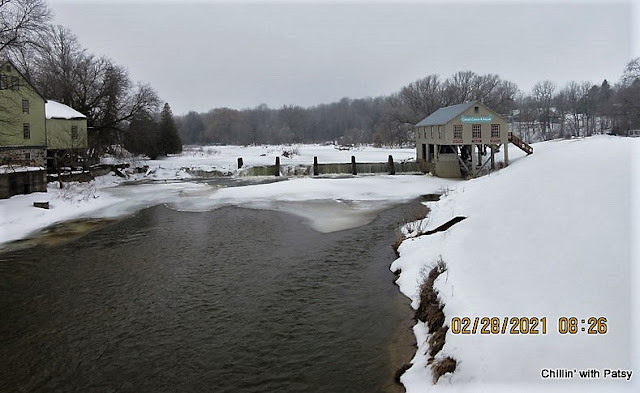 At 11:30, I fried bacon and eggs for lunch and we were eating soon after. Sometimes the eggs and bacon cooks perfectly, reflections on the chef, (of course!) and today was one of those days. We did the dishes and I blended up a vanilla pudding mix for a couple of desserts this week. That will be it for my time in the kitchen today, other than supper tonight. I pulled a pack of 2 pork chops out of the freezer for that meal.

Upstairs, we called RBC to hopefully connect with a representative. Now that we have our US Visa cards in our hands, we know that our Cdn cards come due in April. Rather than have them go by the wayside, we want to set it up to have them go to our bank directly and avoid the Royal mail step altogether. That was so easy once we were directed properly.

After 35 minutes waiting on hold on the phone, our patience had run out and Bill hung up. I went downstairs to the puzzle. It was intriguing enough to keep me at it for a few hours today. Bill came down to change the back wiper on Ptooties and we took that time to go out and switch the vehicles. I pulled out onto the street. Bill got B.B. out to the end of the lane and then backed in to our regular parking spaces. All ready for morning.

Susan was still baking so it wasn’t until 2:30 that I came in to turn the already warm oven on to 350F for my bread and cookies. Susan informed me that she needed the oven again at 4:30 but my bread will be done before or by 4 anyway. I was going to bake our chops in there but have changed my mind. I’ll do them in Madame IP, she is feeling neglected lately. 😊 I can also do potatoes in there and vegetables in the microwave. We have a few of the fingerling spuds to eat up.

A blogger friend mentioned ‘5 weeks and we’ll be back in our trailer’ and that is approximately what we are looking at. A few things dependent, of course. Melting snow is the big thing for us. Wes informed us that BizyBee has a new auction started up so Bill had a peek while I was downstairs. Not much that he’s interested in, their stuff isn’t as nice as Rockford's so he’s a bit more tightfisted with his cash.

With the bread and cookies baked, Bill said things smelled good up in our room. I relaxed with my book on the bed until close to 6. My chop was really good but Bill didn’t seem to enjoy his as much. That’s a table turn for ya! Usually it is the other way around with pork chops. I baked some crescent rolls in the oven and we had vanilla pudding and tasted the banana nut bread. Yum, both were yummy and a nice change.

Marilynne called to see how things were going and while doing dishes, we chatted with her. Nice to hear from her and that she is doing fine. She is in the Niagara region so still in the Gray zone, lockdown. Upstairs, I downloaded my pictures and finished my post before logging into the auction site. I spent enough on the last one that I’m going to really restrict my bids on these. 😊

This was a nice day and I’m happy to have got a good walk in this morning. It was the perfect time with the rest of the day filled with activity of some kind. I hope you enjoyed your Sunday. Sounds like the rain this evening, that started around 7:15, is turning to snow by 4 am. Then it doesn’t look like it will be stopping until late tomorrow afternoon. G-r-e-a-t. ☹ I hope the conditions are good for driving in the morning.

Thank you for popping for a visit.

Posted by Patsy Irene (Chillin' with Patsy) at 7:47 PM