A Day of Rest, Kinda

On Sunday, Feb. 21st we were awake and up at 7. After discussing our night’s sleep, apparently, we each had a good sleep. 😊 Bonus! We got our drinks first and brought them up to our room. I had a blog to finish, AGAIN, getting to be a habit. With my tea finished, I sorted laundry and Bill carried it down for me to load the machine.

On today’s agenda, other than laundry, a shower first, a walk is definitely in order and I’ve ensured someone I would make a cheesecake. A special request. After my shower, we did some more online stuff and I printed off my filed recipe to take downstairs. I don’t usually print them off but it is easier, while we are here, than carting my laptop down when I want to bake. At home, it sits easily on our island.

The sun is out this morning again and that just perks me up to no end. It’ll be a good day! We hadn’t eaten much last night and certainly not the good fat food that fills us so we were hungry earlier than usual. At 10:30, I went down to make breakfast. It wasn’t any better but I had cinnamon rolls to bake so that’s what we had. I’m our worst enemy sometimes and Bill is a too ready and willing accomplice!

After we ate, we decided to leave dishes until I was done baking. It was a good time to go for a walk so I headed around the noon hour. I knew I made a booboo as soon as I got out from the shelter of the house. I didn’t wear a hat nor did I put my scarf on. I’d already locked the door so didn’t want to go back and get it. I zipped my coat up all the way and put my hood up and that made a big difference.

It was worsened by the fact that I was walking directly into the cold wind. I stuck it out all the way south to the edge of town and at the crosswalk, I turned towards the west in the direction of the car wash. Bill had mentioned that he wanted to take both vehicles up for a wash so I texted him and asked my sweetie to bring my scarf and I’d meet him there. 😊 That worked!

I had to kill some time so walked around the school area and down a couple of dead-end streets in the area but then I saw him inside with Ptooties. He got in at a good time, there were 2 other dirty vehicles waiting when he pulled out. With a scarf snug around my neck to cover my chin when needed, I strutted off after saying goodbye to Bill.

It was a really nice walk and I ended up on the west end of Balaklava St. turning onto Mill Drive. It is so interesting to see what water is frozen and what the sun has opened up in the river. I did a bit of a detour as I got back to Queen St. just to take a couple of pictures at the ‘bridge over the two rivers’. Back home, I was nice and warm but not overly. Then I made the almond crust for the cheesecake and eventually blended up the filling. While it was baking in Madame IP (she was happy to be of use again!), I went out and began a new puzzle. It will be a challenge mostly because it is 1000 pieces and the pieces take up a lot of room. I’ve had to layer them a bit while I work on the border but it looks like a really neat one to do. Sorry, I didn’t get a picture. 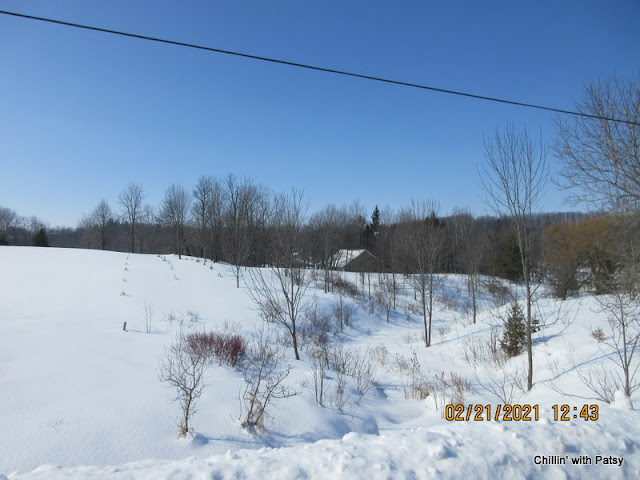 While I was working on it, Bill texted that he needed me to help him. ?? I didn’t know what he was doing but came upstairs right away. He wasn’t feeling good and needed something for an upset stomach. Plus, he was hot to the touch but said he couldn’t get warm. We got him into bed and I layered the blankets on before taking his temperature. It was up a bit but since he’d previously taken some Advil, I just got him a cool cloth for his forehead.

I didn’t want to leave him alone so went down to make a cup of tea and returned to sit on the bed while he slept. It was a good opportunity to read some of my book while I was wide awake! He slept a lot and eventually woke feeling a bit better. Not too hungry and I know not to ‘stuff a fever’, I made him some vegetable soup with a piece of buttered toast. I warmed up my stir fry and sat upstairs to eat it. He felt better and his temperature had dropped a few points. 😊 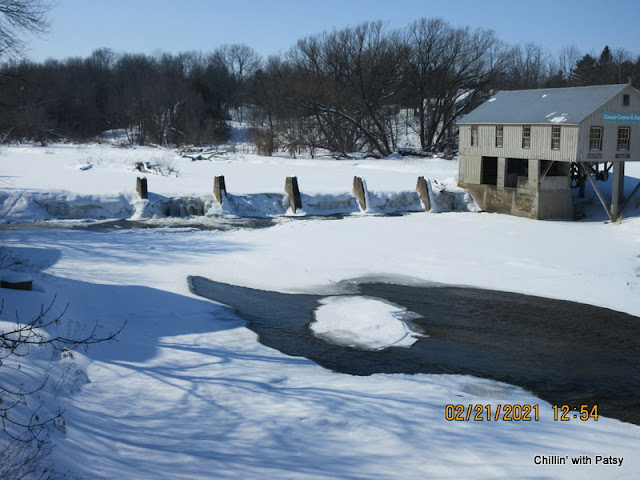 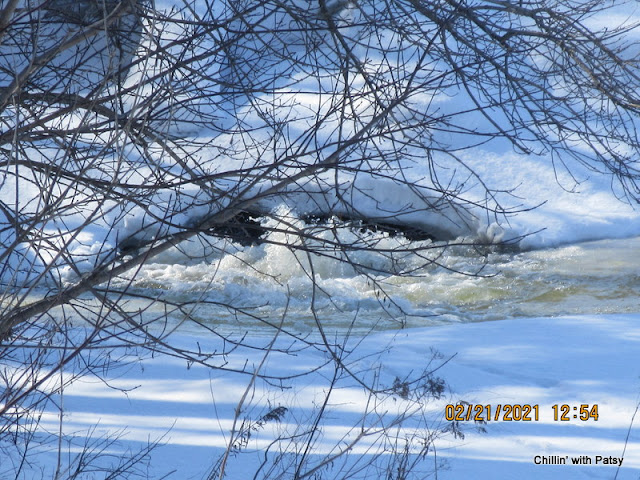 When I went down to do dishes, I made his lunch and tried to get everything prepped the way he likes it for morning. We don’t know if he’ll be feeling well enough to go but knowing my trooper, he will bounce right back. We’ll see. I worked on my blog and then sat with him and my book until it was time for me to crawl into bed too. I have a full day of work ahead of me too. By the way, the cheesecake looked good so I sampled ours.

This was a pretty quiet day and I accomplished all that I wanted to. So did Bill. I think he got a chill when he was out in that cold DIY car wash and perhaps got his feet wet. They are the coldest part on his body. ☹

Thank you for stopping in! If you wish to leave a comment, I would be happy to receive it!

Email ThisBlogThis!Share to TwitterShare to FacebookShare to Pinterest
Labels: day of rest
Location: Paisley, ON, Canada