A Working Friday for Some of Us, Birthday Greetings

On Friday, July 23rd we were up before 7 to see Bill (Daddy) off to work. The sky was clear blue and the forecast was for a hot day ahead. I fed Gibbs at 7, took him out and he went into his crate so I could go to my cleaning job. He usually whines a bit when I close the door but I didn’t hear much today. I turned on the a/c, set to 73F, so he wouldn’t get too warm inside.

A quiet hour at the Mat and I was on my way home. The floors didn’t need wet mopping today, so swept and that was it. Things looked pretty good. I do believe Jamie or Aaron was in to empty the change from the machines. 😊 Back home, I let Gibbs out and we took a couple of short ‘piddle’ walks before I had to leave for M’s at 9:50. Once more, he went in his crate with some treats and toys and I drove around the corner.

We first went to get a truck load of skids across the highway and then I nipped into town in his car on an errand. Back at the shop, I worked on a Ford Bronco (?) that needed a fair bit of work. M had removed the roof racks so that was where I started. I don’t know what else we are doing but the roof for sure. I used the air sander for the large flat areas and had to do the grooves by hand. It wasn’t easy and got more difficult as the sun moved around overhead.

I was ready for home at 1:15 so got $ in my pocket and I drove home. Gibbs was happy to see me and we went outside and sat in the shade on the grass for 15 minutes, just playing and resting together. 😊 I do believe he was happy to see me! After a little quiet time, I brought him in so I could eat some lunch. I’d had a few teaspoons of yogourt before I left at 10 so I thought I’d finish off the pizza.

I fried it in a small pan on the stove an it still wasn’t much better. I’ll have to check with Shirley to see how she makes her zucchini crust before trying it again. It was later than usual for me to have my coffee but I enjoyed it all the same. Gibbs and I went for our walk down around the corral and since he didn’t want to come in, I put him on the rope leash. That’s where he was at 2:30 when Bill drove in the lane.

He barks his fool head off when anyone comes but I’m at least hoping to calm him when Bill drives in. I went out and ‘reigned’ him in trying to settle him down. There’s just a whole bunch of excitement in that little body! They went up and snoozed for 45 minutes and I sent my pictures off to Rob at the Rockford auctions. I had 12 to send so it took some time, resizing them etc. I still only sent half of what we have to give them an idea. I’m hoping the accept us as consignees as they are a more popular site and should bring in better prices than BizyBee.

Bill cut the front field’s grass when he got up and then when finished with that, we drove over to the Acreage for Happy Hour. Today is Donna’s birthday and although I’d sent her card through the mail, I had a few small things for her.

Bill was able to help D & G get their satellite and tv hooked up. Last night, they weren’t able to get anything working. No doubt, they were doubly pleased when he helped set up the tv sound bar as well. I’m proud of his knowledge in so many things. 😊

We had our drinks and watched the little character running around when Mike came in to see the new trailer. It was almost 7 o’clock and none of us had eaten yet so we scooted home. We’d planned a simple poor man’s meal again, Kraft dinner with wieners and it was pretty good. It filled us up. I worked on my blog after dishes and Bill went out and finished up transferring the water into the Suite. We’d got a bladder full while at the Acreage earlier. 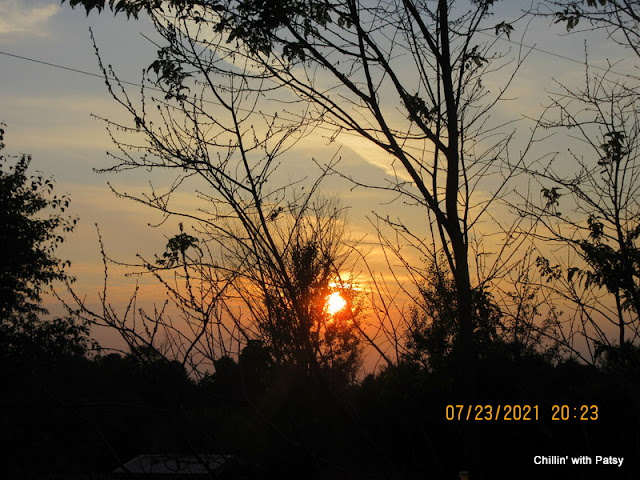 It was going to be a quiet night so time to close this off. Gibbs has passed out on the floor; he’s had a busy afternoon again. Gosh, he’s a little sweetheart. 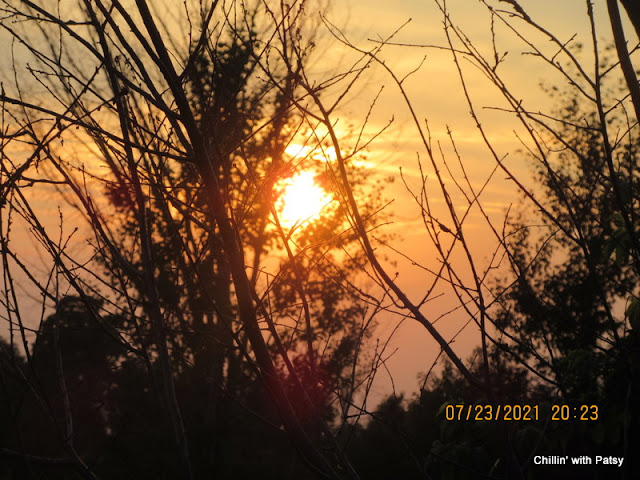