Time to Head Home, I Was Missed

On Friday, July 30th once more I woke around 6:40 and Donna was already up and out of the room. As I finished my stretches, she said they were all going to have a hot tub. I was keen for that so didn’t take time to make my tea, just put my swim suit on and joined them. Rub a dub dub, four girls in a tub. 😊 Ha ha, couldn’t resist saying that. It was a bit crisp but we didn't have far to go to the deck. That hot water felt wonderful and I often wish I had more access to a hot tub or bath.

Then I made my tea and eventually worked on and finished my blog. I packed up a few things and we puttered around with our own thing until 11. It was time to head out for lunch. Today, we were going south to Williamsford to Great Books, The Mill and Restaurant. I’d never been there. I loaded Ptooties with my stuff and the other sisters hopped in Donna’s car. I would be heading directly home afterward.

We placed our take out orders, since there was no room for indoor dining, and then wandered around the store. I don’t recall ever seeing so many books in one building. It just went on and on and on and on. 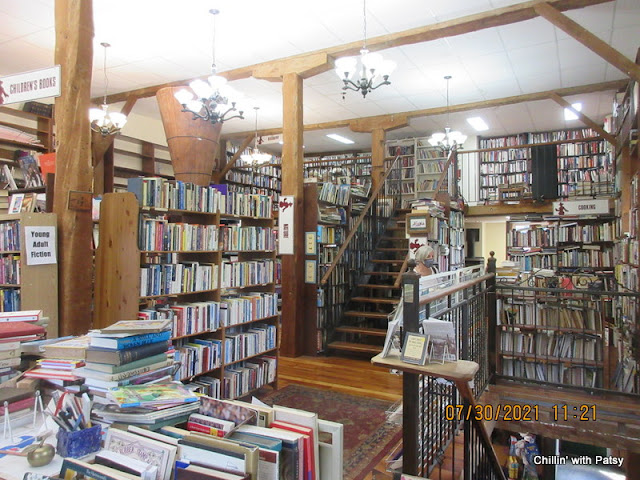 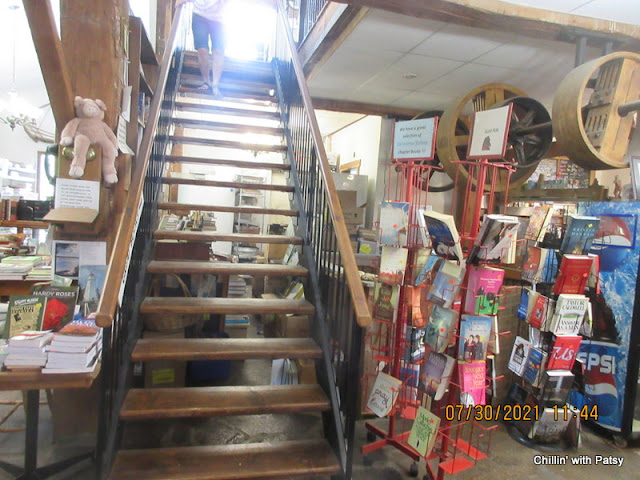 I found a couple of books that looked interesting by authors I’m not familiar with so hope it was $ well spent The books weren’t cheap but all under $10 at least. My meal was a Breakfast Burrito, loaded with 3 eggs, peppers and onions. It was delicious and so were the home fries that came with it. 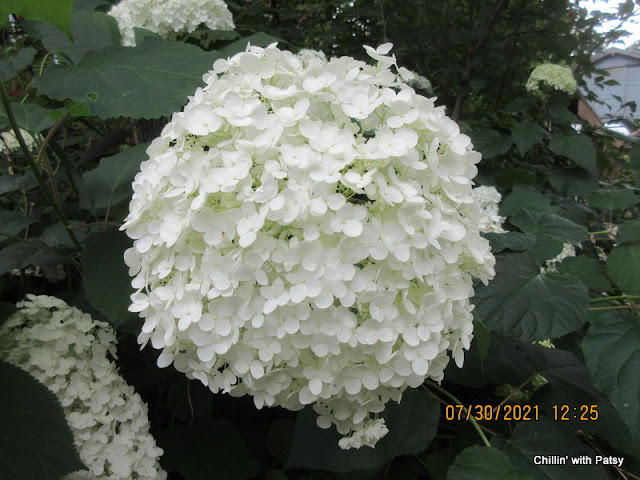 I left the girls chatting after I was done, said ‘goodbye for now’ and drove home to my baby. 😊

I knew Bill wouldn’t be home yet but Gibbs would be in his crate hoping for release. It was around 1 when I arrived and got greeted with happy ears, a wagging tail and some piddle dribbles from excitement. Just what I hoped for. I missed his little antics and cuddles in between our busy adventures! We sat together after I put my things away and received a lot of kisses.

Bill texted just before 2 that he was on his way home from the job site at Wingham and it was about an hour later when he pulled up the drive. Gibbs was just as happy to see him too and I think their time together without me around was a very good thing. Bill spent all day Wednesday at home, working outside, and Thursday Gerry, John and Tom dog-sat him at the Acreage from 11:30 until 5 when Bill got off work. How nice! That saved Bill a big worry and it kept Gibbs from being stuck in his crate for way too long.

I’d had that big lunch so asked Bill what he felt like for supper. He was content to have grilled cheese sandwiches so I began making those. Bill cut the cheddar cheese and I added onion slices to mine. After dishes, we took warm clothing and Gibbs’s blanket over to join the Acreage gang. The guys stayed together out there during Ladyfest and Bill popped over after work for a campfire a couple of nights. They also enjoyed supper out on Thursday.

This weekend is Donna and Gerry’s August long weekend campout so we’ll be popping back and forth to see whomever shows up. 😊 It used to be much bigger when our children were younger and they didn’t live so far away. Saturday is usually the best day for gatherings when family just comes for the day and possibly a campfire. Gibbs is always an entertainer and very excitable for the first hour when everyone arrives and gets settled. He was a good puppy, emphasis on puppy.

We were home shortly after 10 for bed and we all dropped off really quickly. This was another great day coming to an end.

Thank you for your visit! Happy long weekend!

Posted by Patsy Irene (Chillin' with Patsy) at 8:52 AM