Are We in Arizona? Wow! Sunshine and Blue Sky!

Rejoice! Rejoice! I woke up when I heard Bill taking Clemson out at 6:30. It was Tuesday, May 21st and a good time to get up anyway. I opened my blind ‘when what to my wondering eyes should appear’….. the blue sky and sunshine was finally here! I was excited and even though it was quite cold at 35F/1.6C, there was no wind and this alone put a smile on our faces. 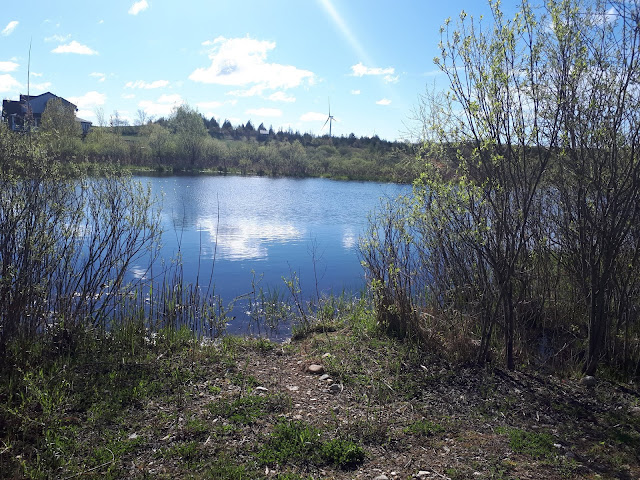 I made the bed and began sorting clothes right away. Bill came downstairs and made my tea for me. I could have bundled up for a walk but wanted to get into town. This time my laundromat visit was solely for personal reasons. One washer was being utilized and I used the two I always get. I know they work and work well. Boy! Does the place ever look clean!! Ha ha. I can’t take all the credit; I know Jamie was in last night collecting cash so perhaps he did a touch up. 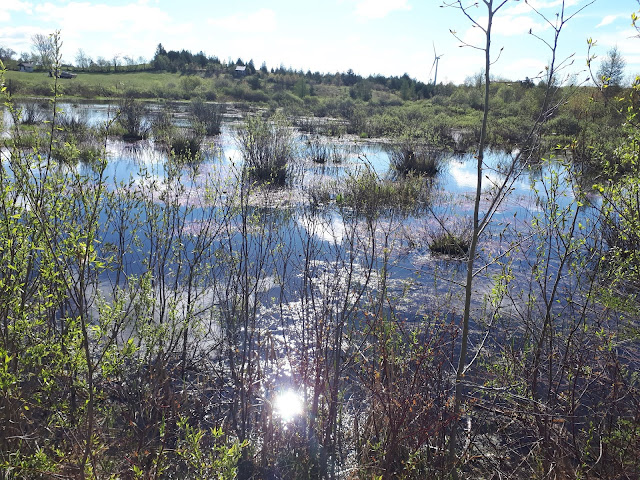 While my wash was in, I grabbed the ‘public’ broom and dustpan and did a quick sweep. Just because there is such a thing as ‘pride of ownership’ even though I don’t ‘own’ the business. I really want Jamie to do well with this venture and people seeing me working at it can only be a good thing. When the loads were done, I headed home. No sooner did I turn off the back street onto #4 highway when I noticed Black Beauty coming up behind me.

Bill had driven to Varney, a small spit of a town to the south of Durham on #6, to rent a post hole digger. We need to ‘plant’ our mailbox post. We thought we were being practical for the winter by not having a post sitting out there. Snowplows have a tendency to either hit or miss mailboxes so we thought we’d just remove the thing each fall. Last fall, Bill had put a post bracket in the ground for easy ‘transplanting’ this spring but it sat above the ground about 3” and got schmucked.

The winds play havoc during the seasons when the post is up so we need to get serious. He got the hole dug and returned the digger within an hour or renting it. Too bad they don’t charge by the hour but they don’t so it felt a bit sickening handing over the 4-hour fee for it. However, we needed it and that is where they get you. I walked back up the lane when he left and hung my clothes. It is a cold wind but the sun is nice and will dry our clothes quickly.

On the way back, Bill stopped to pick up some quick setting cement and water from the Acreage. I got work he was on his way so started breakfast. You know, we aren’t busy – persay, but there is always something going on, it seems. That is a good thing!

We ate and Bill went down to finish the job at the end of the lane. I did the dishes, and in my head, planned supper. What to have, what to have that will give leftovers for him tomorrow night?
Pat and I and my sister, Gayle, are going to a tea at the Community Waterfront Heritage Centre (Railroad Museum) tomorrow. It should be fun and with my sister, Wendy, commentating on The History of Hats, we will be caught up in her surroundings. Wendy is right into the historical costumes etc. so it will be a great talk, no doubt. I’d swept the floors yesterday so today it was the day to dust so I did that while Bill transferred the leftover water to our tank.

With that done, I took some of the sunflower seeds and multiplier onions out to the garden.  Distractions happen a lot in our worlds and today was no exception. I noticed the stones I’d left from yesterday that needed to be picked up and got the wheelbarrow out. 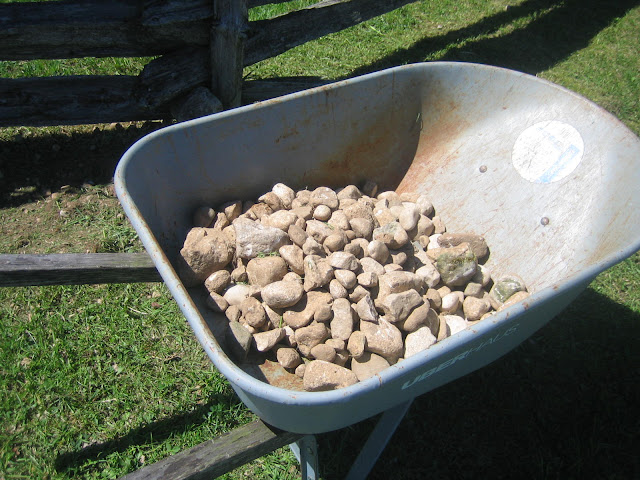 Bill offered to empty the wheelbarrow, it was very heavy and awkward when I finished. Then, I planted my sunflowers and onions. The black flies are out. Just great!

I had to put my garden hat on with the protective screen tucked in to my buff. Bill should have his on too as they were eating him alive down the lane. I knew I’d done enough bending over for the day so went up to the clothesline to bring my clothes in around 2.

I was in shorts and left the hat in the bunky. Bad idea!! The black flies were rampant all around me, the clothes and the basket. I brought half in and went back with more clothes on, including the hat. That is crazy!

With the clean clothes put away, we sat inside rather than battle the bugs. Around 3:30, Jamie stopped by on his way home from work. This was payday for me! We had a nice conversation and covered a lot of ground in and hour and a half. He is so easy to talk to and the time flew by. When he left shortly after 5, I was back to the same old problem of supper. We hadn’t come up with anything. The freezer didn’t have much to offer so we opted for beans and bacon, nice and simple.

For Bill’s supper tomorrow night, we decided he could treat himself to a meal at the Flying M again. Everything I thought of making was missing an ingredient. We need to go meat shopping on Friday. 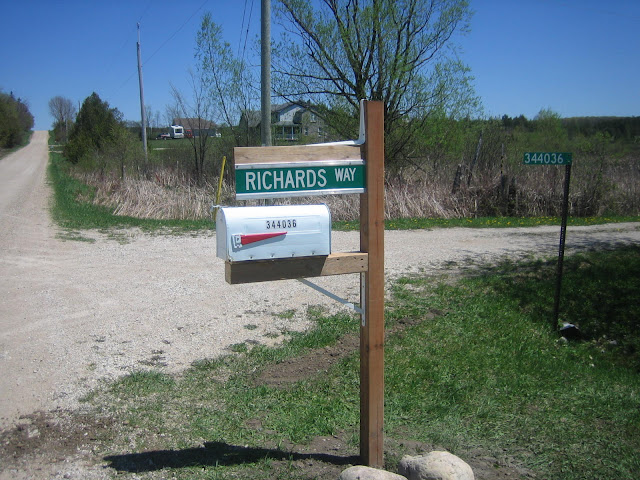 I was so tired after eating, for some reason, that I sat in the chair and dropped off to sleep. Bill did the dishes on his own, and I dozed. I don’t do that kind of thing and honestly don’t enjoy the feeling when I wake up. We each took a Benadryl to ease the itching from our bites and Bill began packing up his food items for the morning.

I finished my blog and moved back to my chair. You know what that did. Yes, it would be an early night for me. This was a good day. I hope yours was too.

Thank you for your visit today. I enjoyed having you!